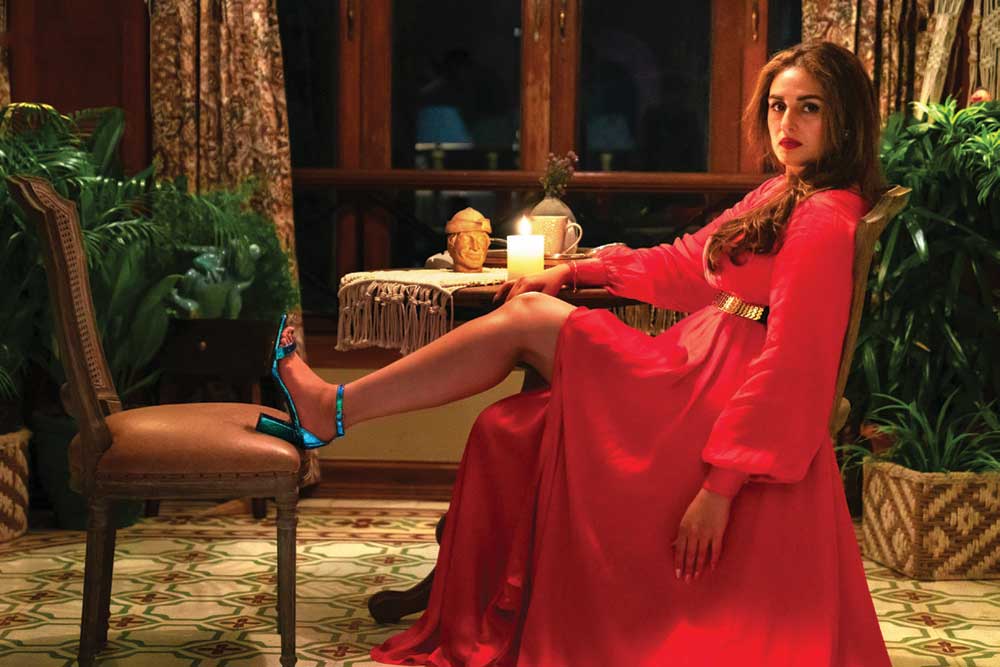 Monica (Huma Qureshi) is a sultry secretary with an eye on the main chance. Jayant (Rajkummar Rao) is the small town wunderkind whose tech will save the company. Akansha Ranjan Kapoor is the boss’ daughter who adores him and a down-at-heel Sikander Kher is the boss’ son who detests him. Radhika Apte is the seemingly absent-minded policewoman. There is a murder covered up as negligence when a machine seemingly develops a mind of its own. Apte has her eye firmly set on Rao as the main suspect but it could be anyone else as well. Qureshi plunges into Monica wholeheartedly includ­ing a cabaret that is just a few feathers short of Helen’s original Monica in the thriller Caravan (1971). You can tell who did it, until you can’t. The credits include a thanks to Sriram Raghavan, given the thriller seems straight out of Andhadhun. Shot moodily, acted beautifully, and with tension, this is a chic and crafty watch.

Why watch it: For its red herrings and distractions, in a wonderfully louche setting


After the toe-curling excesses of the first season, Mike White’s social satire on rich white people is back, in Sicily this time. Again, the season begins with a death at a fabulously expensive resort, and then tracks back to a week earlier. Jennifer Coolidge is back as a millionaire look­ing for happiness, while F Murray Abraham plays a raffish old man accompanied by his son and grandson in search of their Sicilian heri­tage. Theo James and Will Sharpe play former roommates holidaying with their wives. There are two sex workers who keep coming and go­ing, and eating everything at the buffet. The background music heightens the dread behind the beauty. Behind Palermo’s endless parties lie a million scandalous secrets. There is a clas­sic takedown of a classic (“Men like The Godfather because it reminds them of the salad days of patriarchy when they could solve all their problems with violence, sleep with every woman, then come home to their wives who didn’t ask questions and made pasta for dinner”). There is a cri­tique of social media-bred boredom and an underlining of the cult of stupidity as a couple boasts they don’t read or watch the news be­cause of the “negativity”. As women pity men, and men use women, the wellbeing industry gets many raps on its knuckles. With crackling writing, wallpaper that has a story to tell, and music that is a cross between a crescendo and a scream, Season 2 is deliciously devious.

Why watch it: To see why the rich are not like us

Nothing Is What It Seems

College shows make for good televi­sion; with young adults one can be assured of plenty of drama, sex and jealousy. Based on Carola Lovering’s 2018 novel of the same name, Tell Me Lies tells of Lucy Albright, Stephen DeMarco and their friends. In 10 tight episodes viewers are hooked watch­ing the students’ li(v)es. As a viewer you cheer for one character only to watch them self sabotage. Friendships are wonder­ful, but when (nearly) everyone is only looking out for themselves, they can quickly turn toxic.

Why watch it: There are no good or bad people, just poor choices