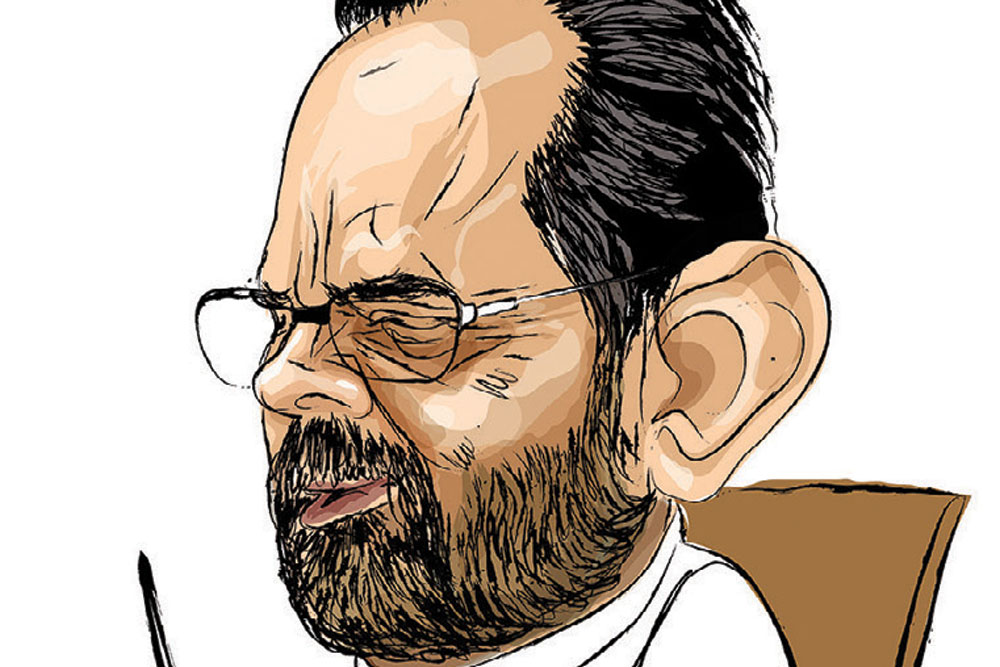 
When the lockdown came into force, almost everyone found time on their hands. Even ministers. BJP’s Mukhtar Abbas Naqvi, Union Minister for Minority Affairs, used the opportunity to finish writing a book. Titled Cyber Supari, this is a Hindi novel based on organised crime in the digital realm. This isn’t, however, his first book. Naqvi’s earlier novel, Balwa, revolved around how riots are incited for political gain. A third book (titled Raj Leela) is now apparently in the works.

Despite the personal bonhomie between US President Donald Trump and Prime Minister Narendra Modi, the BJP wants to keep itelf at arm’s length from the US presidential election due in November. A written advisory has been sent to the party’s overseas unit in the US to not get involved in the election campaign. Individuals may campaign but only in their personal capacity and not in the name of the party. After some Trump enthusiasts in the BJP’s overseas unit had begun to campaign for the incumbent US president, the BJP’s foreign affairs department head, Vijay Chauthaiwale, is believed to have asked them to stay away. 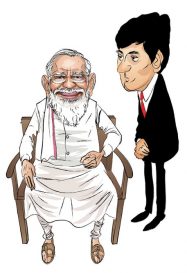 Prime Minister Narendra Modi is known to be very particular about the people he works with. Not only does he choose every member of his team but there are also unsaid rules in the Prime Minister’s Office (PMO). You have to be focused, can’t gossip or interfere in someone else’s area of work. A vacancy for the important position of the Prime Minister’s private secretary came up a few months ago when the incumbent, Rajeev Topno, moved to Washington to serve as a senior advisor to the World Bank’s executive director. Modi has brought in Hardik Satishchandra Shah in his place. A young IAS officer from the Gujarat cadre, not only does he know his job—he was a deputy secretary in the PMO earlier, and at the Ministry of Environment, Forest and Climate Change before that—but the PMO’s ethos too. One would rarely find him engage in social conversations, let alone spot him at a party in Delhi’s power circles or at the golf course the next morning.

As the Bihar Assembly polls near, one of the main issues to dominate the election has turned out to be the death of Sushant Singh Rajput. Chief Minister Nitish Kumar and his ally, the BJP, have been on the ball over the issue so far. The moment Nitish demanded a CBI inquiry, the Centre immediately agreed. Now, the actress Kangana Ranaut, one of the central players in this drama who has increased the tension by faulting the Shiv Sena for the probe so far, wants to visit Patna right before the polls. She is believed to be very keen on the trip. But the BJP, it appears, hasn’t made up its mind yet.

There is another alleged drug racket, in another film industry, which has become news. The Kannada movie industry was already rife with stories of drug abuse after the arrests of the actor couple Diganth Manchale and Aindrita Ray over allegations of drug use. But the drug probe became a political hot button issue when another actress, Ragini Dwivedi, was arrested. The actress is said to be a friend of Vijayendra, the son of Karnataka’s Chief Minister BS Yediyurappa. There are even videos of the actress campaigning for the BJP in the last elections accompanied by Vijayendra. The Congress has begun to attacking the state government using these clips on social media. Yediyurappa is understandably upset. But Vijayendra maintains it’s a conspiracy and that he shares no personal relationship with Dwivedi. 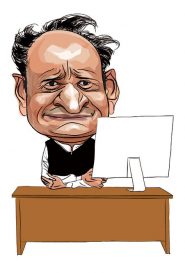 With the threat to his leadership now quelled, Rajasthan’s Chief Minister Ashok Gehlot has turned his eyes on containing the Covid-19 outbreak in his state. He has come up with the idea of webinars with some of the country’s leading doctors. There are famous doctors in this panel, from Medanta’s Dr Naresh Trehan, the surgeon Dr Devi Shetty, the gastroenterologist Dr SK Sarin to Delhi’s AIIMS head Dr Randeep Guleria. At these webinars, there are to be no political debates, just discussions on containing the pandemic. Thus, leaders of all stripes are being invited, from panchayat chiefs to MPs and MLAs. Even some BJP leaders have begun to participate.

Despite the frequent dustups between the BJP and the Communist Party of India (Marxist) in Kerala, Narendra Modi is rumoured to like Kerala Chief Minister Pinarayi Vijayan’s style of functioning. On several occasions, Modi has even praised Vijayan’s ‘do-it-now’ attitude. As the heat now rises on the communists in the state over the gold smuggling scandal, allegedly involving some prominent party leaders, there have been suggestions that Vijayan seek Modi’s help. The Chief Minister has refused to do so. Even Modi, when he recently engaged in conversation with some of his leaders in Parliament, apparently told them that he hasn’t been following the case. It is all up to the investigating agencies, he is believed to have said.

Jammu and Kashmir’s new Lieutenant Governor Manoj Sinha is giving his security officers sleepless nights. A little over a month into his job, he has begun travelling to remote villages, sometimes even randomly stopping by houses to speak with villagers and local religious heads. When the director general of police objected saying that there is a credible threat to him, Sinha is believed to have said he would rather die than remain captive inside the Raj Bhavan.