The Trouble with Gangster Flicks

Beholden to the idea of the good criminal, they only offer clichés 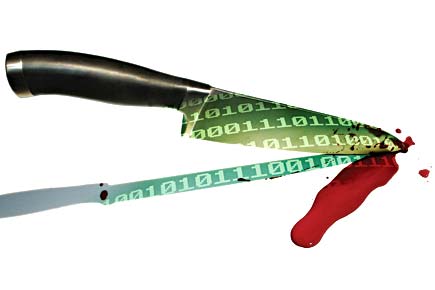 THAT THE REVIEWS for Malik, the Malayalam movie just released on Amazon Prime, have been exceedingly kind, is not unexpected. Some actors—Fahadh Faasil in this one, but also others like Nawazuddin Siddiqui and the late Irrfan Khan—have such a capture on the critic’s mind that the movie has to be exceedingly bad to not be called a masterpiece. And yet, Malik, despite getting every jargon in the reviewer’s adulatory arsenal, has a fundamental flaw—it is boring. And that is because it is clichéd. And that is so because it is a gangster flick. And movies about gangsters are tough to make interesting because the filmmaker, even a good one, falsely believes that his subject is already so good that the audience can’t not be hypnotised. It is lazy storytelling.

The graveyard of such movies in recent times is crowded. Shah Rukh Khan tested it with Raees (2017), based on a Gujarat gangster. The movie sank, adding one more nail to his superstardom. In Bombay Velvet (2015), Anurag Kashyap, who made classics on shoestring budgets, got a blank cheque and one of the biggest stars in Ranbir Kapoor. The movie sank, and almost took Kapoor’s career along with it. A movie that did justice to the genre and got rewarded was Satya (1998). It, in fact, changed the culture of Bollywood itself by making Ram Gopal Varma, riding on the back of that success, to promote a new generation of filmmakers. Varma’s next gangster movie Company (2002), about the fictionalised relationship between Chhota Rajan and Dawood Ibrahim, was however a shadow in comparison, and he too seemed to have fallen into the gangster movie trap. This was years before his terminal decline.

Almost every such Indian movie, including Malik, is influenced or pay homage to The Godfather but they never take a central idea in it—that the main character does not have to be innately good (Satya remains an exception to this too; its hero is cold-blooded). Don Corleone or Michael are businessmen who exercise power. They are not on the side of good, or why leave decapitated horse heads on beds as a favour? Not being shackled to the virtue of a hero is one differentiator between a good and a so-so movie in the genre. You could even make the hero amoral and get away with it. But to chocolatify him, as Malik does (he is not communal, he is not bloodthirsty, he lives to protect his people), is to add one more cliché to an ocean of stereotypes.

Malik has an advantage in that, unlike Raees or Bombay Velvet, it is not being tested in the only arena that matters for a commercial movie, the theatres. Till then, the measure of the entertainment that it offers is decided by critics who relish the idea of the movie and not the movie itself. Or you can find it in the denunciations of social media groups. Or drawing rooms where people got up in between to go for a snack and never came back.

The Limits of National Security

The Flying Squad of Terror

Strange Ways to Break the Chain