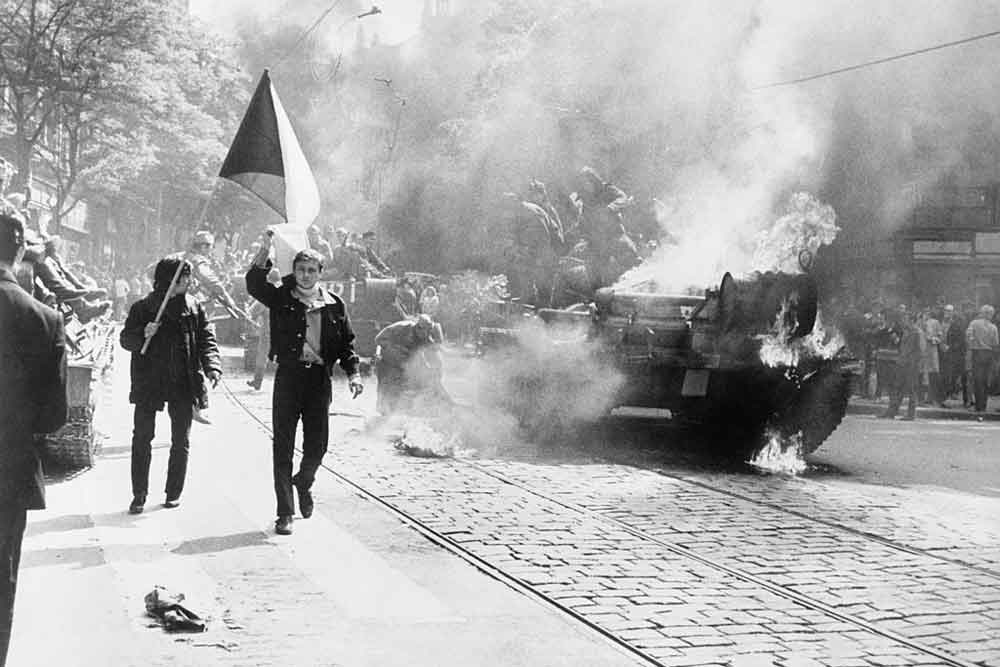 
Turning the pages of William Shawcross’ 1970 book on Alexander Dubček is for many of my generation a reminder of the traumatic events which engulfed Czechoslovakia (as it was known before its bifurcation into the Czech Republic and Slovakia) in the aftermath of the Prague Spring in 1968. Dubcek’s desire was for a transformation of the political system in his country into socialism with a human face. He was stopped in his tracks by the Soviet Union and other Warsaw Pact nations when they invaded Czechoslovakia in August 1968.

The unfortunate Dubček would soon lose power and be packed off to Ankara as his country’s ambassador to Turkey. That was a climb-down for him, but there was no way he could avoid the change in his fortunes. He did not last long, though, in Ankara, for soon he was called back home and appointed as a forestry officer, a worse form of humiliation for him. He stayed in that position, ignored by the state, until Václav Havel, leading the Velvet Revolution, plucked him out of his forced obscurity and made him speaker of parliament. Dubček died in a road accident not long after he returned to the political centrestage.

Dubček was among those prominent political personalities whose fates often took unexpected turns. In early 1966, as Pakistan’s Foreign Minister Zulfikar Ali Bhutto grumbled about the Tashkent Declaration signed by President Ayub Khan and Indian Prime Minister Lal Bahadur Shastri, he was offered the chance to resign and take up an ambassadorship for his country. Bhutto was not willing to be out of the limelight and spurned the offer. He was later compelled to leave the cabinet. The rest is history; for in November 1967 Bhutto formed the Pakistan People’s Party and went into full-scale campaigning against Ayub Khan.

In Bangladesh, at a point in 1974, suspicious about General Ziaur Rahman’s role in the army, Bangabandhu Sheikh Mujibur Rahman thought sending him abroad as an ambassador would be a good solution to the problem. But the shrewd Zia, lobbying with politicians close to the Father of the Nation, successfully had the idea of his serving as an envoy shelved.

And speaking of ambassadors, in the early 1950s, Mohammad Ali Bogra served as Pakistan’s ambassador in Washington. But once Governor General Ghulam Mohammad dismissed Prime Minister Khwaja Nazimuddin, it was Bogra he instructed to return home and take over as the new prime minister. Bogra’s period in office was not a happy one, for he was soon dismissed and sent off to Washington again as ambassador.

In 1973, Lt General Khwaja Wasiuddin, a senior officer in the Pakistan army who had opted for Bangladesh after 1971, returned to Dhaka and was effusively welcomed by General MAG Osmany and other officers of the Bangladesh army at Tejgaon. Many were the people who imagined Wasiuddin would take charge as chief of staff of the new nation’s army. That did not happen, for soon Wasiuddin flew to Kuwait to take over as Bangladesh’s ambassador there.

In the aftermath of the assassinations of Bangabandhu and the four national leaders between August and November 1975, General KM Shafiullah and Air Vice Marshal AK Khandaker were removed from their positions as chiefs of staff of the army and air force, their services placed at the disposal of the foreign office. Both men would serve as ambassadors/high commissioners in the times of General Zia and General Ershad before returning home and reinventing themselves as politicians.

In the US, a young Congressman named John Fitzgerald Kennedy defeated a sitting Senator named Henry Cabot Lodge in Massachusetts in 1952 and went on to serve in the Senate for eight years. In 1960, Lodge was Richard Nixon’s running mate at the presidential election against Kennedy and Lyndon Baines Johnson. The Nixon-Lodge team lost, but soon President Kennedy appointed Lodge as ambassador to South Vietnam, a job Lodge was to do under President Johnson as well.

In recent times, there has been the story of John Kerry, currently President Joe Biden’s climate czar. As Senator, Kerry was the Democratic presidential nominee against President George W Bush in 2004. He lost, continued serving in the Senate until President Barack Obama appointed him his second Secretary of State, the first one being Hillary Clinton. Walter Mondale, vice president under President Jimmy Carter, would in the Bill Clinton era be in Tokyo as US ambassador to Japan.


MR Siddiqui served as a minister in Bangladesh but in the mid-1970s was appointed by Bangabandhu as ambassador to Washington. Siddiqui could take up the job only after Bangabandhu’s assassination. Syed Najmuddin Hashim was Bangladesh’s ambassador to the Soviet Union and Burma before joining the Ershad regime as Minister for Information. Enayetullah Khan, the editor of Holiday, would in 1979 join General Zia’s regime but would soon make his way out. Under General Ershad, he would serve as ambassador to China and Burma.

Mian Mumtaz Daultana, a leading politician in Pakistan’s Punjab province and chief of the Council Muslim League, became his country’s ambassador to the UK after ZA Bhutto took over as president in December 1971. In the mid-1970s, Inder Kumar Gujral, minister of information under Prime Minister Indira Gandhi, was despatched to Moscow as India’s ambassador once it became obvious he was not willing to take orders from Sanjay Gandhi. In later times, Gujral would serve as India’s prime minister.

Babrak Karmal was Afghanistan’s ambassador in Moscow when Leonid Brezhnev sent Soviet troops into Kabul to dislodge the government of President Hafizullah Amin in December 1979. Once Amin had been killed, Karmal was installed as the new president by the Soviet leadership. Some years later, Karmal was replaced by Najibullah who, after the Taliban takeover of Afghanistan in 1996, was brutally murdered by the fanatical regime.

In America, one of the saddest of political stories concerns Adlai Stevenson, who was the Democratic Party’s presidential candidate against Dwight Eisenhower in 1952 and 1956. He lost both times and when John Kennedy, who had wanted to be his vice-presidential running mate in 1956, was elected president in 1960, Stevenson hoped to be appointed Secretary of State. Kennedy appointed him Permanent Representative to the United Nations. Stevenson collapsed on a London street in 1965 and died.

In 1968, Michigan Governor George Romney, the father of Senator Mitt Romney, was a leading contender for the Republican presidential nomination until a Vietnam-related faux pas on his part led to a swift decline in his fortunes. He would join President Richard Nixon’s government as Secretary of Housing and Urban Development.

New York Governor Nelson Rockefeller spent a number of years seeking the White House but never got around to getting his party’s nomination for the presidency. He was appointed vice president in 1974 by President Gerald Ford. Both men were in office till the election and inauguration of Jimmy Carter as president.

Justice BA Siddiky, who served as chief justice of the East Pakistan High Court between the late 1960s and early 1970s, later took over the leadership of the Bangladesh Muslim League following the demise of Khan Abdus Sabur. At a point, he relinquished the leadership of the party when he was appointed Bangladesh’s Permanent Representative to the UN by President Hussein Muhammad Ershad.

Thus the inexorable tides, insistent and often defiant of predictability, in the lives of men at the height of glory or aspiring to it.