Raj Dharma is all about the rule of law 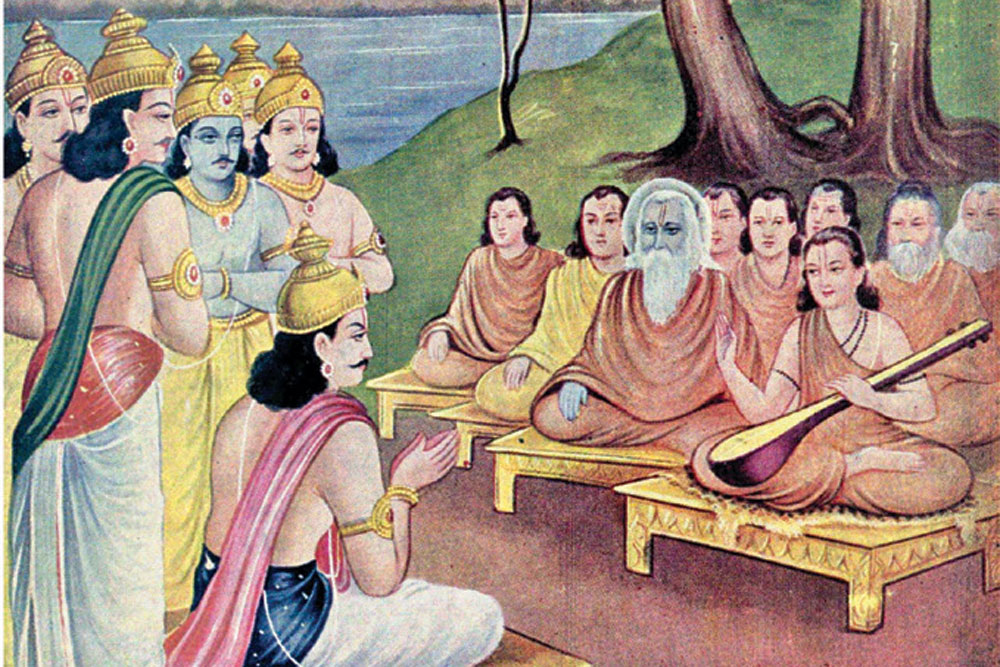 Everyone remembers Pandurang Vaman Kane’s wonderful contribution in analysing and documenting Dharmashastra texts. I hope someone comes along and does something similar for our Raja Dharma texts. Our texts, not just the Mahabharata, have several things to say about Raja Dharma. In this column, I will give bits from Utathya Gita.

Utathya said, ‘The king exists for dharma, not for the sake of engaging in kama. O Mandhata! Know that the king is the protector of the world. If the king acts in accordance with dharma, then he advances towards a state of divinity [he goes to heaven]. If he follows adharma, he goes to hell. Beings are based on dharma. Dharma is based on the king. A virtuous king who rules in this way is a king who is a lord of the earth. It is said that a king who has supreme dharma in his atman and is also prosperous, but censures devas, does not truly possess dharma. When those who follow adharma are seen to be successful in their pursuit of artha, then everyone in the world thinks that this is auspicious and begins to follow them. When the wicked are not restrained, dharma is uprooted, great adharma is followed and it is said that there is fear both during the day and the night. Dvijas [the first three varnas are referred to as ‘dvijas’) do not follow the Vedas and the vows. When the wicked are not restrained, Brhmanas do not perform sacrifices. When the wicked are not restrained in this world, the minds of all men are confused, like those about to be slain. Having looked at both the worlds (this world and the next one), the rishis themselves created the king as an extremely great being, so that there should be dharma. [This is a reference to the rishis creating Prithu.] One in whom dharma shines is known as a king. [‘Virajate’ means to shine or appear beautiful and ‘rajan’ is king.] If dharma disappears in someone, devas know that person to be a vrishala. Dharma is a bull and devas know one who does away with it as vrishala. [‘Vrishala’ means a contemptible person, sometimes equated with Shudra. ‘Vrisha’ means a bull, as well as moral merit. ‘Alam’ means ‘enough’. A person who says ‘enough of dharma’ is a vrishala.] Therefore, dharma should not be destroyed.’

When dharma prospers, all the beings always prosper and when it decays, they decay. Therefore, make dharma prosper. It is certain that dharma flows from the acquisition and preservation of wealth. It has been said that one should lay down the boundaries of what should not be done. Svayambhu (Brahma) created dharma for the power of beings. Therefore, to show favours to subjects, propagate dharma. O tiger among kings! That is the reason it has been said that dharma is the best. The bull among men who rules his subjects virtuously is a true king. One should avoid desire and anger and follow dharma. Dharma is the best task to be followed by a king. Br••hmanas are dharma’s womb and must always be worshipped. Without any resentment, their desires must be met. If one does not act so as to satisfy their wishes, this results in fear for the king. The friends do not increase and become his enemies.’

‘Do not serve insolence and adharma. If you wish to be established for a long time, follow this. In particular, do not associate with those who are intoxicated with insolence, careless, infantile and mad. Do not indulge in conduct that is harmful. In particular, always take efforts to be careful of advisors who have been punished, women, mountains, uneven terrain, forts, elephants, horses and reptiles. Always control these. Do not wander around in the night. Abandon excessive pride, insolence and anger. The king should not indulge in sexual intercourse with unknown women, eunuchs, promiscuous women, the wives of others and maidens. If there is a mixing of varnas, wicked rakshasas are born in the family—eunuchs, those without limbs, those with thick tongues and idiots. When the king is careless, these and others are born. Therefore, for the sake of the welfare of the subjects, the king must take special care. When a Kshatriya is careless, great sins result. Adharma is enhanced and this leads to a mixing of the subjects [meaning mixing of the varnas]. It is cold during the summer and it is not cold during the winter. There is no rain, or there is too much of rain. The subjects are penetrated by disease. Terrible nakshatras and planets are seen to rise. Many omens are seen, signifying the king’s destruction. When the king does not protect his subjects, he is himself not protected. The subjects decay and he also follows them towards destruction. Two seize the possessions of one and many others seize the possessions of two. Virgins are corrupted. These are said to be the sins of the king. Not a single man can say, ‘This belongs to me.’ This is what happens when the king is careless and abandons dharma.’

‘When the king follows dharma, Parjanya showers down at the right time. There is prosperity and the subjects shine in happiness. Krita, Treta, Dvapara and Kali are all dependent on the conduct of kings. It is said that the king makes the yuga. When the king is careless, the four varnas and the four Vedas and ashramas are all confused. The king is the one who makes beings. The king is their destroyer. The one with dharma in his atman is a maker. The one with adharma in his atman is a destroyer. When the king is careless, the king’s wives, sons, relatives and well-wishers all sorrow together. When the king follows adharma, all the elephants, horses, cattle, camels, mules and asses suffer. When the king bases himself on adharma, beings who depend on him and others who depend on those beings, all suffer. Know that the weak should never be thought of as those who should be disregarded. Otherwise, the glances of the weak will burn you down, together with your relatives. If a family is burnt down by the weak, it is burnt down to the roots and nothing grows there. Therefore, do not make the weak suffer. When you base yourself on strength, do not suppress the weak. Otherwise, the glances of the weak will burn you down, like a fire that consumes the foundation. Though they should not beg, when the residents of the countryside are forced to beg like Br••hmanas, it is as if that sin of begging slays the king.’

‘When the many royal officers employed by the king in the countryside are engaged in wrong policy, a great sin devolves on the king. When those employed for good policy are overcome by reasons of desire and greed for riches and extract from those who are distressed and pleading, that is a great sin on the part of the king. When those in the kingdom practice the foremost kinds of dharma and follow good conduct, the qualities of the king are spoken about. When they practice adharma and are confused about dharma, his good deeds swiftly turn to bad deeds. In this world and the next, devarshis, ancestors and gandharvas praise the conduct of infinitely energetic kings who act in accordance with dharma.’

This ends Utathya Gita and Bhishma asked Yudhishthira to act in accordance with what Utathya had told King Mandhata. The king’s role was to ensure internal and external security and protect the kingdom. That much is obvious. In addition, the Raja Dharma template was about ensuring what we will today call rule of law, punishing the wicked and protecting the virtuous. There was yet another element that sometimes goes unnoticed. Today, we will call it protection of property rights.

Art of Livingdharmaethicsreligionrule of law