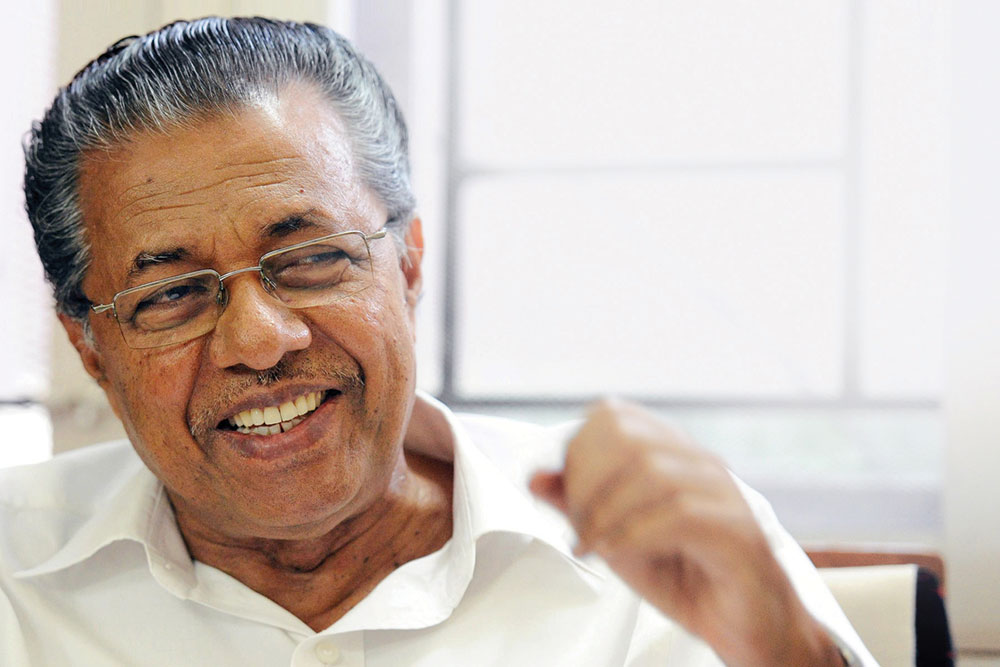 
Kerala, which was the southernmost tip of India until it lost Kanyakumari owing to the linguistic division of states, has many attributes unique to it. A fairly young language, Malayalam, was born out of Tamil and Sanskrit. There is a literary language called Manipravalam, where it is easy to see the separate strands of Tamil and Sanskrit. Such linguistic fusion is rather like the merger of the differently toned seas at Kanyakumari, where the western Arabian Sea, southern Indian Ocean and eastern Bay of Bengal meet.

Women have for long been highly educated in Kerala, which led to their imparting this love for learning to their kids as well, making Kerala one of the most educated states in India. Close behind education came general awareness, and a consequent improvement in health and quality of life driven by the actions of individuals and families.

Kerala has the unique history of electing the world’s first communist government. This was headed by EMS Namboodiripad. It is said that every child in Tamil Nadu has knowledge about classical music. This writer was both amused and impressed to hear two girls in pigtails and silk pavaada argue about the finer points of the raga Shankaraabharanam in one of the many Madras music sabhas active in the December season. The girls would have been less than ten years old at that time. In Kerala, it is politics which is the equivalent of music in Tamil Nadu.

Like Abhimanyu who learned the method of piercing the Chakravyuha formation of attack when he was in his mother’s womb (but not alas the way of exiting it, which cost him his life in the war of Mahabharata), the children of Kerala are easily among the most politically aware. Surprisingly, women from traditional families too have a keen interest in politics.

The cashew workers of Kollam used to have a person read out aloud that day’s newspapers to the rest of the workforce. This was part of the protocol of the factories. Trade Unions were powerful throughout the state. Industries were, therefore, often located just across the border in Tamil Nadu, with its relatively less strident trade unionism. Manufacture in Kerala was out of the question as companies were bound to run into what were often government-sponsored hartals (lockdowns which at that time were mercifully Covid-free).

Tourism and export of qualified personnel became Kerala’s means for income. The exceptionally hardworking Christians in the middle of Kerala tended their own land, selling tea and cardamom and cloves to a hungry domestic and international market.

There was a rough practicality in the way the state voted for its successive governments. The two main political fronts in Kerala, in existence long before coalition governments were accepted in the rest of India, are the Congress-led UDF and the Marxist-led LDF. The country which was the greatest proponent of communism, the erstwhile USSR, had collapsed. The political system in China, though outwardly communist, had little to do with actual communist practice.

An Indianised version of this political philosophy took root in Kerala and West Bengal, two fish-eating states of India. The Malayali voters used to vote in a UDF government for five years and then put in an LDF government in its place. The state’s cynical voters have been known to comment—‘This fellow has eaten a lot, now let the other fellow have his chance to eat.’
‘Eat’, of course, was euphemism for corruption. With clockwork precision, Kerala voted for alternate governments from its very first election. In 1977, Chief Minister C Achutha Menon (of CPI) won a second term in alliance with Congress. In 2021, the verdict was less diluted.

Pinarayi Vijayan is the individual who led the LDF back to power in Kerala. Let us take a look at his performance in his last tenure.

Sabarimala is a temple for Ayyappa, born out of Shiva and Vishnu, in His Mohini form. There are many temples for Ayyappa dotted through the state and elsewhere. Yet, since more than half-a-century ago, it became a convention for post puberty, pre-menopause ladies to visit this shrine. More than fifty years ago, the then Devaswom commissioner had taken his daughter along with him to worship there. This is a little known fact with the daughter now in her eighties.

In the early 2000s, various Hindu organisations had given a plea that women of all ages be allowed to worship at Sabarimala. They were totally out of touch with the sentiments of women in the state within the above-mentioned age group. The women who had seen Lord Ayyappa when they were girls were prepared to wait to see him in the latter half of their lives, as were those who had not seen him yet. The Supreme Court gave an order that women of all ages be allowed into the Sabarimala temple.

Vijayan made it a personal project to see to it that the ladies who were adamant in entering the shrine were given state police assistance. The chief minister should have told the ladies that they were free to go to Sabarimala if they so wished at their own risk. It was not the Kerala chief minister’s duty to ensure that the Supreme Court verdict be upheld by the use of the police and state power. The chief minister himself must have been surprised at the backlash he got from even the committed women of his party. While the devotees claimed that Ayyappa was against Vijayan, Congress subtly tried to take political advantage of the situation.

The second grave mistake that his government made was to order the opening of more than 30 of Kerala’s dams simultaneously. Added to the fury of the 2018 monsoon, Kerala sank in both manmade and natural calamity. These floods were again seen as the wrath of Ayyappa against him by some of his watchful detractors. Unlike too many other politicians, Vijayan
learned the right lessons from his bitter 2018 experience. His handling of the 2019 floods was much better.

Then came the horrendous attack of the coronavirus. Under the stewardship of KK Shailaja, the health minister, Kerala did a marvellous job of trying to eradicate the disease from the borders of the state. A very savvy lady doctor in the government service commented that there was no real reason for lockdown, and that screening of all who came into Kerala and isolating them would have had great effect in preventing the spread of this disease.

The Kerala government ensured the sustenance of migrant workers. (Kerala’s indigenous workforce are by and large in the Gulf countries. So, this state is full of workers, especially from Bengal. The minimum daily wages of a Kerala unskilled daily worker is Rs 800; the counterpart in other places is Rs 500, making Kerala the equivalent of a domestic Gulf country for these migrant workers!) Neatly wrapped food packets reached all of them as the lockdown-created panic seen in some other states was averted. Food was also efficiently and hygienically packed and delivered across homes. The authorities who did so had the sensitivity to slip in a packet of cream biscuits, as a treat for children in households! This was a government that worked, and the people of Kerala responded.

The basic public health system was a continued improvement on the one left behind by sagacious kings of the erstwhile Travancore. Testing for Covid-19, its treatment, availability of oxygen and, later on, vaccination, saw to it that while the cases were mounting, the situation was not one of pure and unmitigated horror as was witnessed in many places. Health Minister Shailaja personally supervised the process. Her TV appearances soothed the fears of the populace. People aged over eighty were shown leaving hospitals after recovering from Covid.

Kerala has a minority population of around 40 per cent. Some have tried to prove that the majority population is under ‘threat’ in this state. In a state where a Hindu pilgrim has to go to Vaavar’s shrine (a Muslim friend of Ayyappa’s ) en route Sabarimala, this argument was not going to wash.

Thiruvananthapuram boasts of having the Shri Padmanabha Swamy temple and the Attukal Bhagavathi temple within its land. Thirty-six lakh of women devotees gather annually to cook pongala (consecrated food) for the Attukal Bhagavathi. They are spread out on either side of the roads and in shop fronts and compounds of people who throw open their homes to total strangers whose only qualification is that they are devotees of the Mother Goddess. In 2021, there was just a single pongala put by the priests of the temple within the premises. Instead of hundreds of thousands of women
congregating to worship the Goddess, the belief was that the Goddess would come to each home, accept the offering and bless the devotees. That was faith in the time of corona!

Vijayan’s learning from his mistakes and non-communal approach to governance resulted in the decimation of the Congress-led UDF and BJP, the party in power in the Centre. Even a highly respected individual, such as E Sreedharan and filmstar Suresh Gopi (well-known for his altruism), both BJP candidates, lost because of the effective functioning of the previous government.

With its sturdy foundation of health and education, Kerala has given Chief Minister Pinarayi Vijayan the extremely rare honour of a second mandate, notwithstanding the somewhat outdated Marxist philosophy. In this phase of governance, Vijayan should ensure that efforts are made to better his past performance. This could be an example to the rest of the country.