The tap of Hindu anger has burst open 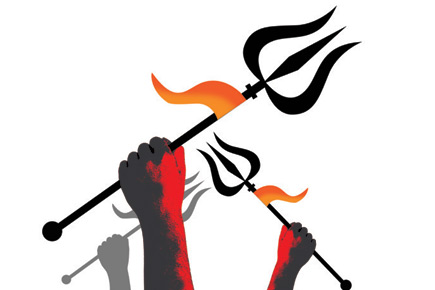 THE DRUMBEAT OF hate from Haridwar was shocking. Equally disturbing was the reaction to it: a shrug of Hindu shoulders.

When did open animosity towards Muslims in India become socially acceptable? The majority of Hindus, across caste and class, are not anti-Muslim by nature. And yet, even among educated Hindus, there is growing ill-will for Muslims.

“They had it coming,” said one stock market trader.

“They create a nuisance with azaans on loudspeakers five times a day,” said a middle-aged chartered accountant.

“They pray on public streets and disturb the peace,” said a software architect.

All these are sensible, educated, middle-class people. Communal prejudice and hate based on religion are foreign to them. And yet, their anger is visible and rising.

To examine why, look for the root cause.

During the Mughal empire, the Hindus were treated badly. Thousands of temples were demolished. But Hindu anger only simmered. It never boiled over. The caste system divided them. The Mughals favoured a few castes and gave them concessions on paying the jizya tax imposed on non-Muslims.

When the British came, many Hindus, especially the upper castes and princely families, were initially delighted. They never had the unity or military power to evict the Mughals. Now, these red-faced Englishmen, armed with sophisticated weapons, would do the job for them.

The British did exactly that. After conquering Bengal in 1757, the East India Company and its armies of mercenaries drawn from Europe, Arabia and locals in India, annexed province after province across the subcontinent. The Mughals were reduced to a small fief in Delhi. Soon, even that would fall.

Between 1757 and 1947, India’s economy stagnated. Poverty rose. Famines, rare under even the debauched Mughals, now occurred with debilitating frequency.

During the Mughal Empire, the taxes of Hindu traders and farmers had stayed within India. Under the British, those taxes were repatriated to Britain to fund the Industrial Revolution.


The majority of Hindus, across caste and class, are not anti-Muslim by nature. And yet, even among educated Hindus, there is growing ill-will for Muslims

The British though were tactical. They recognised early on an Indian weakness: reflexive obeisance to authority. They set about exploiting that weakness with ruthless authoritarianism. They also recognised the deepset animus many Hindus felt for the Mughal remnants—the Hindus converted to Islam during the Mughal Empire.

The British went about widening the cleavage with calculated deliberation: modern-day communalism was born. It would be a lasting British legacy.

After Independence and the horrors of Partition, Nehru tried to heal the wounds caused to India’s social fabric by centuries of Mughal and British depredations. Following Mahatma Gandhi’s advice, Nehru assured Muslims who had chosen to stay back in India after Partition that they were safe in Hindu-majority, but determinedly secular India. That policy, pregnant with good intent, became the thin edge of the wedge: minority appeasement to garner votes.

The Muslims got to keep their personal laws. The Hindus didn’t. The communal poison that the British had injected into India’s bloodstream spread steadily during Congress rule.

The Hindus are slow to show anger. Open animosity towards Muslims was still socially and politically unacceptable.

Even the early BJP treaded cautiously. Atal Bihari Vajpayee became prime minister in 1998 only because he had a 24-party coalition, many alliance partners avowedly secular.

All that changed in 2014. Narendra Modi had left home at 17, wandered in the Himalayas for two years, and returned in 1969 aged 19 to join the RSS, abandoning his father, mother and brothers. He never returned home.

Modi had witnessed the horrific Hindu-Muslim riots in Gujarat in 1969. The state would become his laboratory of Hindutva.

And yet, even as chief minister of Gujarat and later prime minister, Modi knew communalism was a double-edged sword. As chief minister, he banished the Vishva Hindu Parishad (VHP) from Gujarat. He demolished temples in Ahmedabad that encroached on public roads.

As prime minister, he has practised Hindutva in politics but followed in Vajpayee’s careful footsteps internationally, making common cause with the Muslim and the Arab world.

But the genie is out of the bottle. Repressed for centuries by brutal foreign rule and 55 years of benign Muslim minoritism by Congress, the tap of Hindu anger has burst open.

To turn that tap off will need great political sagacity. But turn it off India must.