The Return of Ravichandran Ashwin

Education has given him an edge over the others 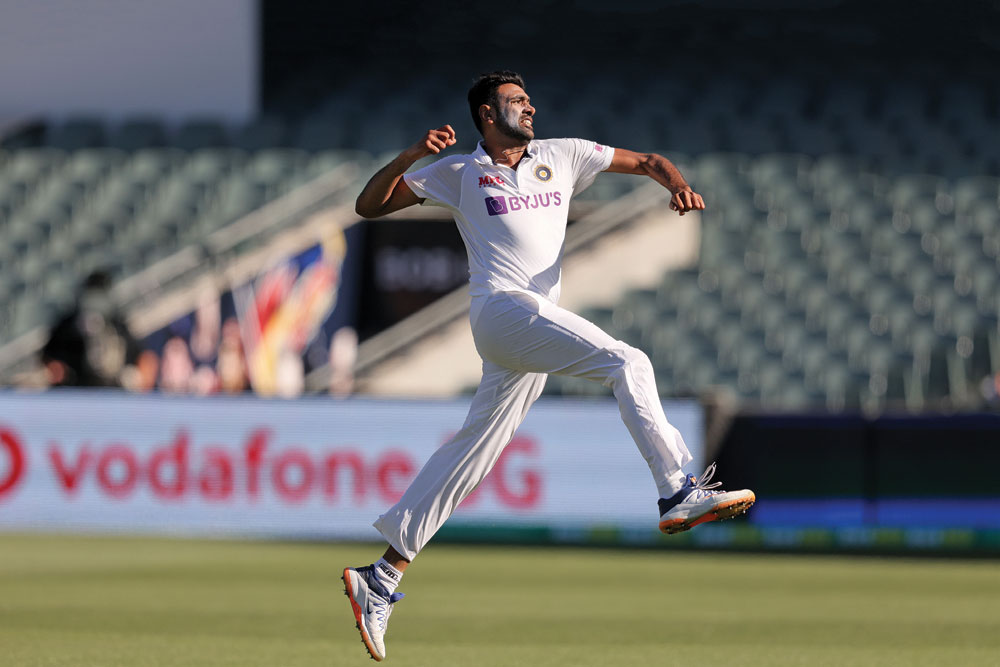 
RAVICHANDRAN ASHWIN IS back. And how! After what was a spectacular tour of Australia earlier this year where Ashwin played a stellar role in humbling the Aussies in their own backyard, he was left out of all the four Test matches against England, in England. Even in Leeds where conditions favoured spin, India fielded four fast bowlers leaving out Ashwin who has won them more Tests than any other bowler in recent times. “Someone who has picked 400-plus Test wickets in the least number of Tests should be an automatic choice in every match,” said a senior cricketer who did not want to be named. In Ashwin’s case, however, things were different and he had to concede his place to a fourth fast bowler for that was the combination Virat’s India was comfortable with. He could easily have been frustrated and got bitter. Many would have been. Not finding a spot on the team on a tour two months long can be hugely depressing and when you add bubble fatigue to the mix, it can be a nightmare.

When Ashwin was picked for the World Cup squad, many were surprised. He hadn’t played white-ball cricket for India since 2017 and his return did raise a few eyebrows. The size of the grounds in the UAE and the nature of the pitches, expected to be tired with the Indian Premier League (IPL) preceding the World Cup, were cited as the reason. It was more a one-off inclusion rather than a change in mindset.

However, his performances thereafter have put all debate to rest. Both in white and red ball, Ashwin is yet again India’s go-to bowler. Fifty-plus wickets and some very important runs all through the year, 2021 has seen the rebirth of Ravi Ashwin the all-rounder.

Sydney 2021 was certainly Hanuma Vihari’s Test for his never-say-die attitude, but very few noticed that whenever the camera panned on Ravichandran Ashwin on that fifth afternoon at the SCG, he was either leaning on the dressing room balcony or leaning against the wall. He didn’t sit for a moment due to unbearable back pain. “Had I decided to sit down, I wouldn’t get up,” said Ashwin later with a chuckle. “The pain was such that I could hardly move,” he concluded.

The team had turned into a mini-hospital already and saving the Test match seemed like a distant dream.

But in came ‘batsman Ashwin’, who had been missing for some time and none other than Ravi Shastri, then head coach, had in no uncertain terms said during their 2020 tour of New Zealand that diminishing returns as a Test batsman was a reason they were not able to fit Ashwin in a playing XI in SENA countries.
But on that afternoon in Sydney, a sleep-deprived Ashwin was in combative mode.

He was ready to fight fire with fire when required and disengage at other times when Tim Paine abused. In between seeking medical attention when required, ducking Pat Cummins bouncers, shielding Hanuma Vihari from Nathan Lyon as the latter couldn’t stretch his legs. It was multi-tasking at its best while conversing with Vihari in ‘Tamizh’ and at times in Telugu.

After the ‘crafty Ashwin’ and the ‘combative Ashwin’, there was a third Ashwin on display in Sydney when Mohammed Siraj encountered the choicest of racial abuses and at one point prompted match referee David Boon to offer them the option of a walkout.


When Ashwin was picked for the World Cup squad, many were surprised. However, his performances have put all debate to rest. He is yet again India’s go-to bowler. With fifty-plus wickets and some very important runs, 2021 has seen the rebirth of Ravi Ashwin the all-rounder

Perhaps on par with skipper Virat Kohli in terms of expressing his thoughts eloquently, Ashwin tore the Sydney public to shreds on racism at a press conference.

“Look, I would like to point out something. This is my fourth tour [of] Australia. Sydney, especially here, we have had a few experiences even in the past. One or two times, even the players have reacted and have got into trouble [Kohli 2011] in the past and not because of players but actually the way the crowd has been speaking, especially the lower tier of the stands.

“They have been quite nasty and have been hurling abuses as well. But this is the time when they have gone one step ahead and used racial abuses. It is not acceptable in this day and age when we have seen a lot.” When Ashwin spoke, even the Aussie media heard.

It takes guts to talk about “upbringing” sitting in the Aussie den and Ashwin did just that.

“This roots back to upbringing and the way one sees, this needs to be definitely dealt with iron fists. We must make sure it doesn’t happen again.”

Ashwin did narrate how he was oblivious to how racial abuses were hurled.

“If I take myself back to the first tour of 2011-12, I had no clue about racial abuse and how you were made to feel small in front of so many people and people actually laugh at you and another set of people who laugh along when these things happen. I had no idea at all what this was,” he said.

“When you stood at the boundary line, you wanted to come in 10 yards inside to avoid all these things. As things have moved on and we have toured more and more, this has definitely been not acceptable.

“So when Siraj brought it up, Ajinkya, Rohit and myself, we all got together and reported the matter to the umpires. A new boy like Siraj knows this is a line someone cannot overstep. We were quite happy that these people were evicted,” the elder statesman was on full view.

Ashwin’s press conferences are fascinating and if he ever gets a whiff that he or his team is being rubbed the wrong way, he doesn’t take it lying down.

He had a terrific home series against England as the Poms were literally groping in the dark trying to decode Ashwin on not-so-easy pitches for batting. Ashwin was at his menacing best and, supported by Axar Patel on his debut, scythed through the English batting line-up.

But with the age-old allegations of underprepared tracks coming to the fore, Ashwin didn’t hold back when the indirect insinuations resurfaced.

Like it happened after the two-day finish at the Motera Stadium during the pink-ball Test. When a British scribe asked if the quality of track offered was of Test standards, Ashwin launched a swift but sarcasm-laden counter-offensive. “I have a question. What is a good cricket surface?” he shot back.

“I am the one asking the question… good contest between bat and ball?” the journalist was not one to give up.

“What makes a good surface? Who defines this? Seam on the first day and then bat well and then spin on the last two days? Come on! Who makes all these rules, we need to get over it and not talk about whatever picture you want to paint,” Ashwin was enraged.

“If you are asking if it is a good Test surface, I don’t see any of the players coming from England having an issue with the surface. They want to improve, they look like they want to have a contest.

“Is it the players and the people who are reporting back that want their players to not compete and complain about the pitches? Because we have never done that on any of the tours.”

The scribe had a follow-up question.

“Hoping for a similar surface in the next Test?”

Ashwin has always maintained that he has no time for opinions based on limited or no knowledge.

“What about all the three pink-ball Test matches we’ve played, everything has ended within three days’ time?

“I do not know what to say because when somebody just throws an opinion out there about the surface—and having played the game—unfortunately, maybe, they’ve not played the pink-ball Test matches so they do not understand this facet of the game.

“My angst against the whole thing is the fact that when people say something there are so many of them who are watching the same picture but are not able to paint a different one compared to somebody who is driving and selling a certain case to us and this needs to stop.”

Education has always given Ashwin an edge over others and perhaps that’s one of the reasons he has been so sure about how he wants to lead his life and what will be his ‘go-to’ philosophy.

Whatever be the case, suffice to say Ravi Ashwin still has a lot to contribute to Indian cricket. He still remains one of our best and a match winner on his day. With age increasingly becoming irrelevant in sport thanks to sports science, Ashwin definitely has a few years left and no one knows that better. The comeback has been stellar for Ashwin and things can surely get better during Christmas in South Africa.

Knocking at the Door