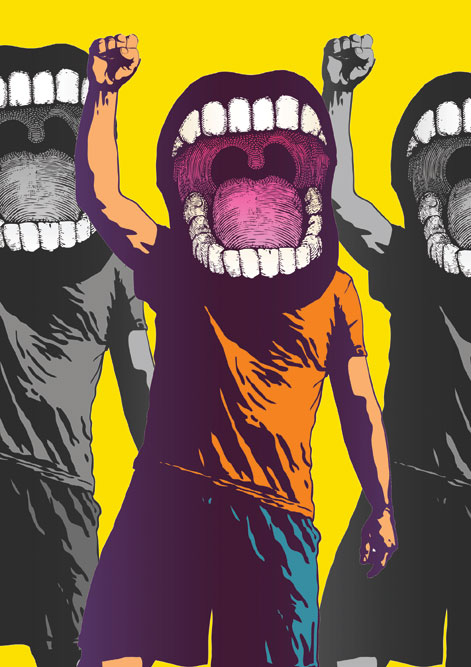 If the waiter gets your order a few minutes late, you don’t sulk or be reprimanding: instead, you become angry. If the water is not cold enough, you become angry. The concept of being hurt or anguished has been replaced by rage. If someone arrives late to your house, it angers you; if they leave early, that too angers you; if the kebabs are soggy, you are angry, and if the rotis are not fluffy enough, then again you are angry.

Look around you, and you will see people who are angry in all walks of life. Will Smith? Angry. Rahu Gandhi? Angry. Amit Shah? Angry. Mamata Banerjee? Angry. Even a clown like Mallikarjun Kharge is angry, and I can safely assume you haven’t heard of him.

Tell a bloke on the flight to wear his mask: he won’t wear one but he will still be angry. Ask someone for the time and they, too, will be angry. Go to a cinema hall and some people behaving like dolts, will also anger you. Go to the washroom in India and once again you will be angry because the jerk would have made a mess.

Go shopping and there, too, you will be angry. Park your car, and once again, you are going to be enraged. Patients entering hospitals, who may barely be alive, will get angry in a jiffy. Ask the nurse for help and she will be angry. Ask the doctor for advice and he, too, will be angry. What on earth does one do in our beloved country, and where did so much rage come from? Watch TV and it will seem its Armageddon. Watch a comedy show and you have people come to blows. Watch a series on OTT and you will only see scowling faces.

Even children haven’t been spared from the clutches of enduring rage. See them in school and they won’t be smiling: they will either be beating the crap out of their fellow students, or just happy being plain angry. Ask the school teachers about how your ward is doing and they will be upset that you even asked. Ask a bloke for directions: he could easily turn away, but no, he will be angry that you even asked. Ask a traffic cop to ease the traffic and he, too, will be enraged. Ask the toll plaza bloke for change and he, too, will be upset. I wonder if there’s something in our diet, of late, that makes us so angry. In the good old days, I employed dollops of sarcasm and satire to put my point across, but in today’s climate, you may face unbridled anger. While on the subject of climate: even the climate angers us. We are angry if it’s raining, sunny or cold.

Relationships today are more about warding off anger and less about embracing love. Ask your wife if she had a good day and she will be angry because she will suspect something. Praise the food at someone else’s house and again she will be angry. The corporate world is no less. Heap praise on someone you like, and there will be an army of angry people who will disagree with you.

I wonder when we will abandon rage. We just have to. An entire nation can’t march ahead if it’s upset all the time. In our country if you laugh sincerely, they think “you are making fun of me”; if you smile, they think you are hiding something; if you smirk, they think you are arrogant. So, what the hell does one do in India if one wants to be plain happy?

Ah I forgot: if you submit your column late, your editor is not worried. Just plain angry.