The Rebuke and After

Vivekananda and the Himalayan connection—Part V 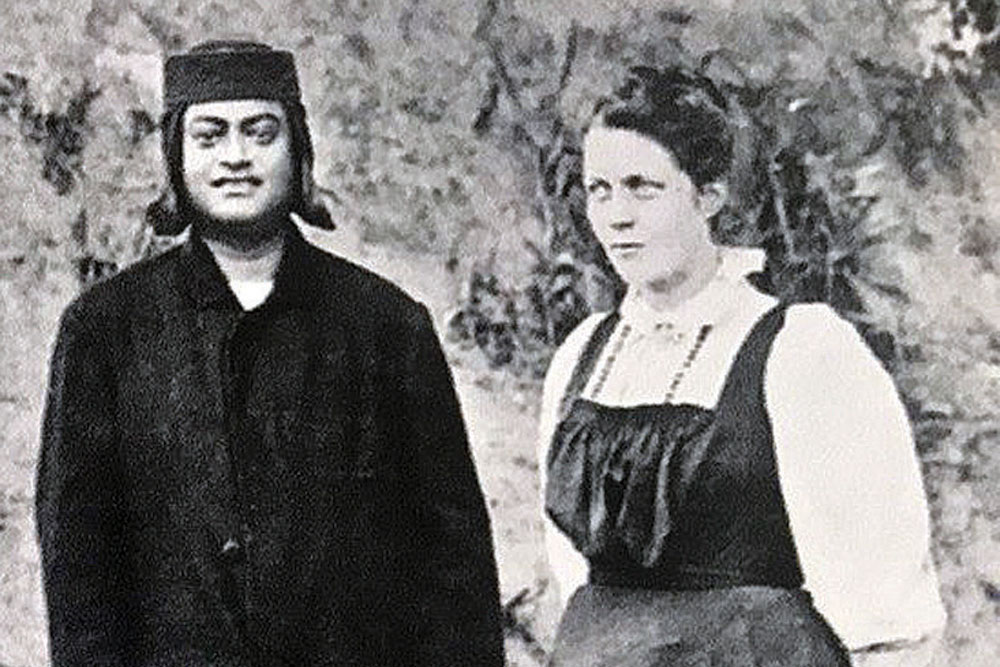 THE SUMMER OF 1898 was immensely significant for Nivedita. Little did she realise, when the group set out on May 11th from Howrah to Kathgodam, what she was submitting herself to. After the long train journey of two nights and a day, the scenic treks on horseback or foot in the lower Himalayas, not to mention the continuous commentary on Indian history, mythology, philosophy, religion, culture, character, manners and customs delivered by Swami Vivekananda to his captive audience, what awaited Nivedita was nothing short of the proverbial trial by fire.

Her hearty enthusiasm at the start is reflected in ‘Wanderings in North India’, the fifth chapter of The Master as I Saw Him:

‘The summer of 1898 stands out in my memory as a series of pictures, painted like old altar-pieces against a golden background of religious ardour and simplicity, and all alike glorified by the presence of one who, to us in his immediate circle, formed their central point’.

But what actually transpired was far from idyllic. As Reba Som recounts in her recent biography, ‘This tour, which lasted over several months through the summer of 1898, caused ‘hidden emotional relationships’ to surface and brought into sharp focus how the individual equation of Nivedita with Vivekananda gradually evolved’ (Margot: Sister Nivedita of Swami Vivekananda, p 33).

Margot was an argumentative, free-spirited woman, far from the model Bengali Bhadra-mahila of her times. It was not easy for her to turn into an unassertive, modest, acquiescent, agreeable, and docile devotee of a Hindu sannyasin. What is more, she adored Vivekananda with a fierce passion.

But the only relationship acceptable and respectable between an unmarried woman and a man in India was that of mother, daughter or sister. To add to the challenge of the unusual bond, Vivekananda was a sworn celibate as Nivedita, too, was soon to be. Later she occasionally began to call herself as Vivekananda’s daughter, but it must have been a hard transition to make since the age gap between them was less than five years.

Nivedita took the Swami’s distancing very badly. As she says in The Master as I Saw Him: ‘I had been little prepared for that constant rebuke and attack upon all my most cherished prepossessions’.  The dream of ‘a friendly and beloved leader’ (ibid) was shattered. Instead, she found herself having to reconcile to ‘one who would be at least indifferent, and possibly, silently hostile’, (ibid). She did not, however, consider leaving Vivekananda or retracting her offer of serving him. But, ‘as the days went by’, she came to realise that ‘there would be no personal sweetness’ (ibid) in their relationship.

Lizelle Reymond, author of The Dedicated: A Biography of Nivedita (1935) and her first biographer, is even more candid:

‘Profoundly as she loved and trusted him, she reacted now with obstinacy. She was annoyed because Swami Vivekananda seemed unaware of everything she did for him, because he paid no attention to anything she said to him, because he snubbed her. … She felt an increasing bitterness welling up within her. She was surprised by this, but she could not master it; and her reproaches only aggravated the tension between her guru and herself’ (p 109).

Prey to the tug of war of repressed emotions and obstinacy, Nivedita retreated into herself bruised and bewildered. So aloof was Vivekananda from her that she said, ‘In all that year of 1898 I can remember only one occasion when the Swami invited me to walk alone with him for half an hour, and then our conversation for it was towards the end of the summer’.

In addition, her fierce patriotism and national sentiment, as well as her European upbringing and values, so much a part of her identity, were now called into question. Vivekananda seemed to trample upon both of them. As she confessed to her friend Nell Hammond, she was ‘the most loyal English woman that ever breathed’. Vivekananda chided her, ‘Really, patriotism like yours is sin! … Ignorance so determined is wickedness!’. It is significant that later in her work in India, Nivedita Indianised herself so much that she supported the revolutionaries who strove to overthrow the British empire. She had to return to England to save herself from the wrath of the colonial authorities. Unbeknownst to her, Vivekananda was preparing her for this role.

The Almora contretemps reached its climax when Nivedita was at her breaking point. Josephine and Sarah Bull were moved to intercede on her behalf. Vivekananda listened, retreated, then returned in the evening to admit that the situation needed to be rectified. He admitted ‘with the simplicity of a child, ‘You were right. There must be a change. I am going away into the forests to be alone, and when I come back I shall bring peace’’ (ibid). On that occasion too, we see Vivekananda’s invoking, once again, Muslim cultural symbols, ‘Then he turned and saw that above us the moon was new, and a sudden exaltation came into his voice as he said, ‘See! the Mohammedans think much of the new moon. Let us also with the new moon begin a new life!’’ (ibid).

So saying, he blessed his kneeling disciple: ‘It was assuredly a moment of wonderful sweetness of reconciliation’ (ibid). Yet, though the wound was healed, the hope of a deep personal bond with Vivekananda was never restored. As she herself put it, ‘Such a moment may heal a wound. It cannot restore an illusion that has been broken into fragments’ (ibid). But that evening, during her meditation, Nivedita, for the first time, had a glimpse of the beatitude she so longed for, ‘gazing deep into an Infinite Good’ (ibid). She wrote, ‘I understood for the first time that the greatest teachers may destroy in us a personal relation only in order to bestow the Impersonal Vision in its place’ (ibid).

Was Vivekananda to blame for putting his foremost disciple, that too a Western woman, through such an exacting and unforgiving regimen? Probably not.

Just the previous year, he had written to Nivedita, warning her not only of the dangers and disappointments of coming to India, but also the emotional and spiritual pitfalls in mixing personal adoration with impersonal love. The letter, written from Almora itself where both master and disciple now were, was written on July 29th, 1897: ‘I am now convinced that you have a great future in the work for India. What was wanted was not a man, but a woman—a real lioness—to work for the Indians, women specially’.

According to Vivekananda, India was not yet prepared to produce ‘great women’ but had to ‘borrow them from other nations’ (ibid). Nivedita’s ‘education, sincerity, purity, immense love, determination, and above all, the Celtic blood’ made her an ideal instrument to awaken and inspire Indian womanhood.

But Vivekananda had not wished to give her a rosy and deceptive picture of what lay in store should she wish to embark on such a mission. He did not mince his words when he warned her:

‘Yet the difficulties are many. You cannot form any idea of misery, the superstition, and the slavery that are here. You will be in the midst of a mass of half-naked men and women with quaint ideas of caste and isolation, shunning the white skin through fear or hatred and hated by them intensely. On the other hand, you will be looked upon by the white as a crank, and every one of your movements will be watched with suspicion’ (ibid).

As if the dangers of social ostracism in a strange, poverty-stricken and colonised country were not enough. There was the dreadful heat: ‘Then the climate is fearfully hot; our winter in most places being like your summer, and in the south it is always blazing’ (ibid).

The chances of Margot’s being comfortable in India were slim: ‘Not one European comfort is to be had in places out of the cities.’ Therefore, he said, ‘You must think well before you plunge in’ (ibid). Yet, he did not discourage her for the work that was destined of her was so immense: ‘If in spite of all this, you dare venture into the work, you are welcome, a hundred times welcome’ (ibid).