He must stay the course and become consistent 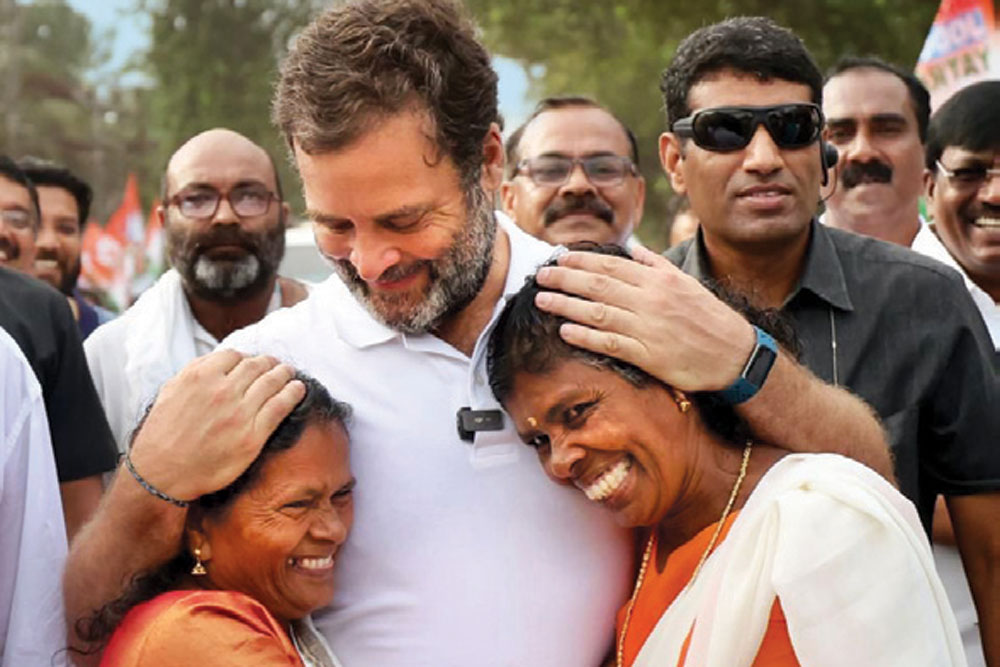 THERE IS NO question that the makeover of Rahul Gandhi has begun. And begun well. He seems to have replaced petulance with strategy and got himself advisors who can take the bull by its horns. No matter what you might say, Pappu or otherwise, there is no other leader (and yes, not even Arvind Kejriwal) who gets national media space or for that matter is known across India, other than of course Narendra Modi, or for that matter, Amit Shah.

And in the case of Rahul Gandhi, what is even more interesting or perhaps ironic is that he gets media attention even though he isn’t on any kind of winning spree. No politician in contemporary India has been as ridiculed as him; has had as many memes on him or trollers on his case. Here, in a strange way, he is akin to Narendra Modi. He just doesn’t give two hoots. He is unflinching in his ways and resolute about what he wants to get done: quaintly like most leaders are. And his supporters are many: from all walks of life. Many imagined that Rahul Gandhi’s Bharat Jodo Yatra would be a flop; it continues to march on despite the snafus of a Congress presidential election, and yet, he is able to garner not just eyeballs but empathy and support too.

Here, the ruling party at the Centre might wish to remember the DNA of the average Indian: they love the underdog. The same reasons why they loved Modi (in the face of overarching dynastic rule) may be the reasons why they might shift support to Rahul. He is the underdog now. Legacy has been given short shrift, especially when you see photos of him drenched in the rain like most Indians would when caught unawares. Over the last few months, Rahul Gandhi has discarded petulance for a carefully crafted strategy and now has bulldogs willing to fight for the Master. No longer is Congress the party that allows itself to be bullied or be the victim of news that is fake and derogatory. Here, one must compliment Jairam Ramesh for awakening a somnambulant communications team to become one that is reaching out for the jugular when they need to. Repartee and retribution are the new birthmarks: it’s almost as if the message they want to send out is that they will no longer be pushed around. Which, by the way, is just how they have to be if they are to be taken seriously, both by their colleagues in the party and the general voter at large.

But before people blow the trumpet of success of the makeover, there are a few Rahulisms that will need to change—and change quickly, once and for all. No longer can there be a start-stop Rahul Gandhi: he will need to stay the course and, more than stamina, what will really matter is consistency. You have to give it to him that his one comment in Modi’s first term when he called the BJP government a suit-boot ki sarkar, forced it to delay economic reforms by almost two years. From then up until now, Rahul Gandhi has been a reluctant leader, not a committed one.

He will also need to be better scripted when addressing the masses: there is no question that Modi is a formidable orator but, sometimes, powerful oratory can only be matched by some unique thinking that makes that oratory look hollow: this is where he will need help and better training.

Equally, he will have to be the people’s Rahul—not wedded to a coterie or to a band of loyalists but accessible and approachable. Perhaps the dog biscuits can wait when he has to meet party leaders. From the feudal lord to the people’s Rahul will be the most critical challenge and if he can do this while walking six kilometres a day, I am sure he can do it hereafter.

There is only one thing he mustn’t do—it is to try and become who he isn’t. Whatever else he may be, he is not a great actor.