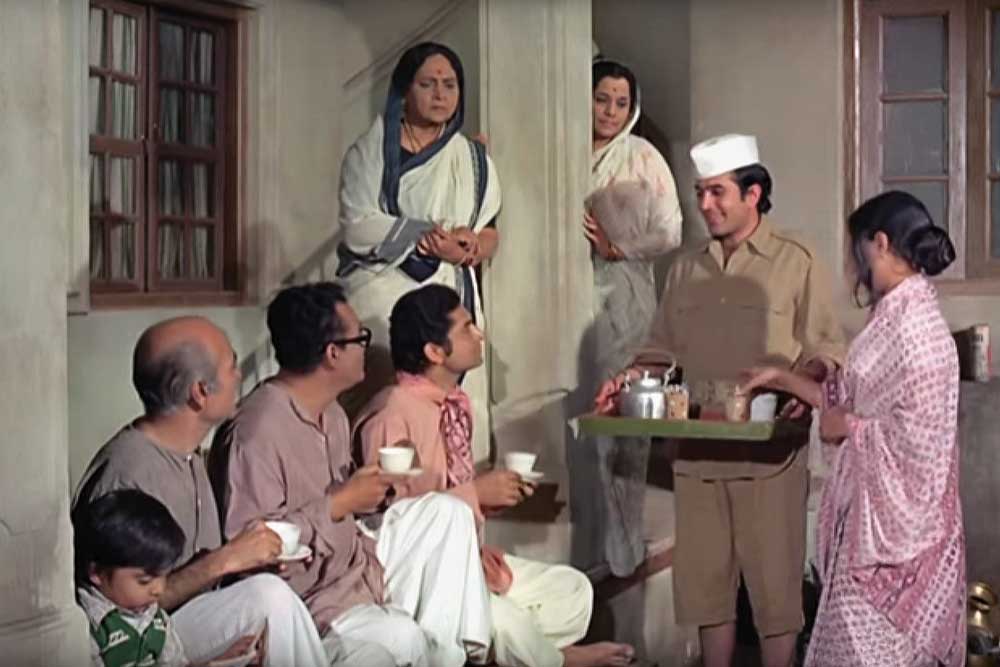 I ALWAYS CONTEND I am entitled to a PIO card, as at least 20 kg of me is of Indian origin––due to my love for the Subcontinent’s food. As I near the end of a wonderful two-month visit to India, I think I may have to revise that figure to a ‘Person of Ever Increasing Indian Origin’.

When I studied Sanskrit, I learnt about the traditional beliefs and practices that shape Indian relationships with what they consume. Taboos about which animals were and weren’t eaten, about the raw and the cooked, the pure and polluted, commensality (who can eat with whom) and so on. The many different attributes of food, fasts and eating restrictions were fascinating, and seemed endlessly complicated.

In India today, new food cultures overlay traditional ones. Restaurants, cookery books and travel are all changing ideas of what is authentic and what is new. Ideas about what constitutes healthy eating seemingly change from month to month, while others insist that our grandmothers knew best. New forms of West-inspired junk foods—laced with fat, sugar, salt and, for the desi palate, chilli—now compete for our custom alongside the chaat and street food that we all love, even with the risks they sometimes bring.

Among the many pleasures of India are the gastronomic. I’m lucky to have friends who take food very seriously, who take time to explain and discuss and educate their happy visitor. Among these are J and F in SoBo who have introduced me to Goan food, Hyderabadi and other ‘Muslim’ cuisines, even taken me to Hyderabad to expand my knowledge, and also travelled with me to Lebanon as part of their research.

I roll my eyes when people dismiss Gujarati food as sweet. Yes, it has sweetness, but good cooks know how to balance that. I’ve learnt a little about Jain cuisine from friends and through Dadimano Varsho, one of the great cookbooks of India, an introduction to Palanpuri food. Gujarati Memon, Bohra and Khoja friends have shown me the subtle distinctions between their cuisines, while living with families during my PhD research on Gujarati Vaishnavism introduced me to their food styles, including fasting cultures. There was one part of that tradition I found particularly difficult: waiting to eat until my husband had had his fill.

Indian writing on food and emotion includes Gita Hariharan’s acclaimed Remains of the Feast (1995), the story of a 90-year old Brahmin widow who decides to eat all the food that were forbidden to her in her life, but there have been relatively few Hindi films about food. Tampopo (1985), Babette’s Feast (1987), Like Water for Chocolate (1992) and Eat Drink Man Woman (1994) are only a few of the major films which have associated food with emotion. I don’t know of anything comparable in Hindi cinema.

In Bawarchi (1972), the eponymous cook brings harmony to the squabbling family, but food is not central to his negotiations. There is no magical realism of the type seen in some of the food films where he could have been stirring love into the food or the family feeling an emotional response to the sensory pleasure of eating. The film is much more a domestic comedy of masters learning from their servants—in this case, a professor in disguise. Its popularity can be seen in the number of remakes of this theme, as it was based on a Bengali film and then remade in Tamil and in Kannada, later inspiring Hero No 1 (1997).

In Bawarchi, there is no magical realism of the type seen in food films where Rajesh Khanna could have been stirring love into the food or the family feeling an emotional response to the sensory pleasure of eating

There are other Hindi films about cooks, such as Ramji Londonwale (2005), Salaam Namaste (2005), but these are not about the emotional side of food; they feature Indian cooks who work overseas—in London and Melbourne. The former engages with problems concerning work permits and migratory labour, while the latter is about affluent and modern lifestyles, with the hero working as a chef after having trained as an architect.

The Bachchans have a close association with food films, given that Jaya (then Bhaduri) is the heroine of Bawarchi, while Amitabh makes an appearance in Ramji and is the narrator in Bawarchi, while Abhishek has a cameo in Salaam Namaste. In Cheeni Kum, 2007, Amitabh Bachchan plays Buddhadev Gupta, the chef of a top Indian restaurant in London. His only interest in life is cooking, until he falls in love with Nina (Tabu), 30 years his junior. Although they disagree about everything—he is vegetarian and she is non- vegetarian—and she criticises his cooking, they decide to marry. Gupta goes to meet Nina’s father who is younger than him to discuss marriage and the father responds with a Gandhian fast. Cooking and food are more about identity here than culinary labour, but again the sensuality of food is not explored in depth. Stories about Ranbir Kapoor and Saif Ali Khan learning to cook for the forthcoming Chef circulate, but the role of food in that film awaits its release.

While public and professional cooks are often men, women cook as part of family bonding. This is seen in many films, some of the best examples being the Barjatya traditional domestic melodramas. Prem (Salman Khan) in Maine Pyar Kiya (1989) is looking for a wife who knows how to shell peas, while in Hum Aapke Hain Kaun (1994), Nisha (Madhuri Dixit) sings of her love for lime juice and chocolate, dances in a field waving bunches of carrots and helps in the home, and would never make the mistake of Prem’s admirer who is so incompetent in the kitchen that she puts salt in the halwa.

Two recent films have been named after tiffin boxes: Stanley ka Dabba, 2011, where an orphaned boy who works in a restaurant is not given a lunch dabba but is fed by other boys while the teacher, who ought to be keeping an eye on the children, is only concerned with his desire to eat the boys’ lunches. The 2013 film, Lunchbox, engages more with the emotional and sensual aspects of food as a wife wants to romance her husband through making him special lunchboxes. However, these are delivered to a widower. Their friendship develops into a romance without meeting, based on the food as much as the notes that the two send each other in the dabbas.

The title of Daawat-e-Ishq (2014) suggested it might look more closely at emotion and food, but its complicated plot is more about dowry than about food itself.

Many films have mentions of food but few can equal the bizarre brilliance of the ‘Chicken song’ in Bajrangi Bhaijaan (2015), where Bajrangi (Salman Khan) realises that the little girl he has found is a meat eater. He thinks this must mean she is a Kshatriya rather than a Brahmin like himself and has yet to find out that she is a Muslim, which is revealed by her praying, or a Pakistani, revealed when the family watches a cricket match on television.

I can’t really count one of my favourite moments of consumption in a film. This is in Ek Duuje Ke Liye (1981), where Sapna (Rati Agnihotri) gathers the ashes of her beloved’s photo, burnt by her aunt, mixes it in her tea, then drinks it.

Although food has so many meanings in Indian culture, the sensual pleasures of food have not been fully explored in cinema. Indian food writing itself, though a growing genre, is still relatively limited in scope, despite brilliant work by Pushpesh Pant, and critical reviews by Vir Sanghvi, and recipe books by Madhur Jaffrey and others. It is not surprising then that films haven’t explored the full potential of this rich topic, although, as they say in Band Baaja Baraat (2010), ‘Bread pakode ki kasam’, there is potential in the topic.