The Phase Down Effect

It is a long march to net zero emission years 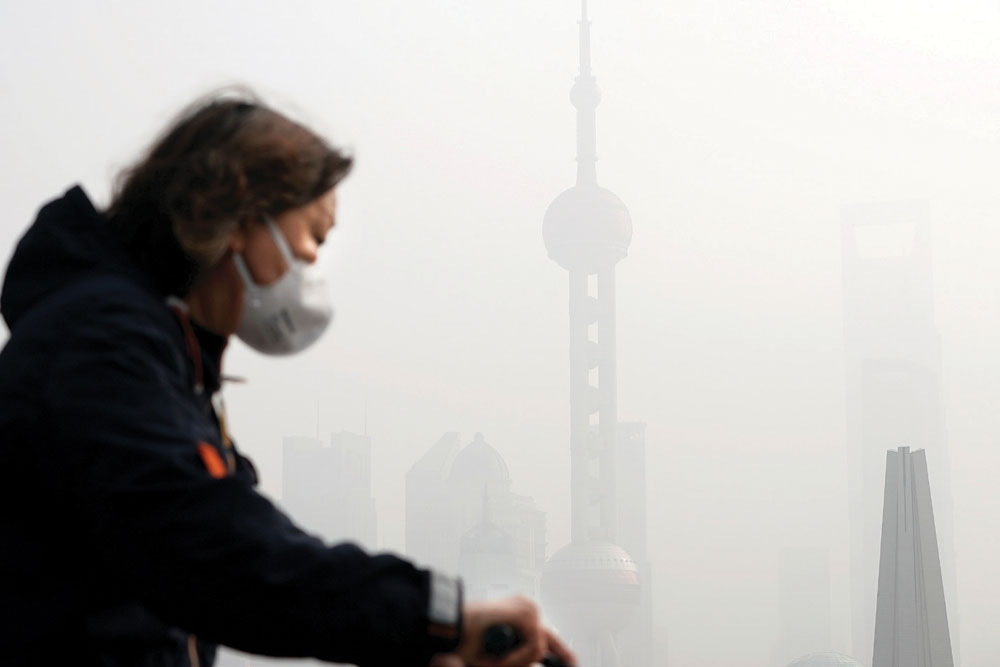 
If all the trees that went into the millions of pages of documents were saved, if all the aviation fuel spent on jetting off delegates around the world many times over was not burnt out, if the conspicuous consumption in the luxury hotels and conference halls were avoided and if the millions of tonnes of hot air emitted by official delegates and environmental activists in conferences since 1972 to 2021 had been saved, the global warming today could have been kept below 1.5 degree Celsius. Or so it seems to me, having been part of the exercise from the Rio Conference of 1992 and the following Conference of Parties and other consultations, roundtables and seminars till 1997 with the objective of confining global warming to scientifically determined reasonable levels. The irony is that the unique consensus reached at the Rio Conference only became more and more diluted after every meeting of the Conference of Parties.

The story of climate change negotiations goes back to the Stockholm meeting on the environment. Though all the world leaders were invited, the only prime minister who attended was Indira Gandhi, who sensed a conspiracy by the developed countries to deny economic development to poorer countries in the name of protection of the environment. As expected, the rich countries urged the others not to make the mistakes they themselves made at the time of the Industrial Revolution, and give attention to the environment. Gandhi countered this move by asserting the right of the poor countries by stressing that “poverty is the worst polluter” and that “polluters must pay” for measures to balance the environment and development. Her words at that time have been reverberating in the conference halls since then in an effort to awaken the conscience of the rich nations. The principles of equity adopted in Rio were in response to the mantra Gandhi had given to the developing world.

The Framework Convention on Climate Change (FCCC) was literally a dream come true in terms of the principles of equity in development and the “common, but differentiated responsibilities” to deal with climate change. The Indian delegation was hailed as movers and shakers by the likes of then Senator Al Gore. The promises and pledges made there raised the hope that a formula had been found to combat climate change by all within their respective capacities and capabilities and the funding for the incremental costs of environment-friendly technology was promised by the rich to the poor, not as charity, but as a historic responsibility.

When the scene shifted to the hard reality of New York politics, the Rio spirit began to wither away and most of the concepts were reopened, leading to an erosion of the consensus of 1992. The industrial interests of the developed nations came into play and the Western delegations began questioning the emissions of India, China and Brazil and demanded that those countries should also accept mandatory cuts. By the time we reached COP1 in 1995 in Berlin, pressure mounted on us to accept mandatory cuts. But with a young and inexperienced environment minister of Germany, Angela Merkel, who wanted the conference to succeed for her own sake, pushed for a consensus on the basis of Rio and the situation was saved till it was incorporated in the Kyoto Protocol, which eventually failed to take off because the US and others refused to accept it.

Faced with a total deadlock in climate action, China and the US cooked up “voluntary cut for all” as a compromise and despite its rejection by most of the developing countries in Copenhagen, India joined in to break the impasse. The Paris Agreement, an offshoot of Copenhagen, was hailed as a great achievement, knowing well at that time itself that the objective of limiting global temperature to 1.5 degree Celsius will not be met, and the promised funding will not materialise. President Donald Trump was forthright in declaring Paris a hoax, and President Joe Biden decided to make a clean break with Paris to move in naming net zero emission years by all countries, and climate action plan 3.0 was born.

The debate throughout the journey from Rio to Glasgow remained unchanged in its essentials. The developing countries battled to retain the Rio principles, while the developed countries tried to get as far from them as possible. The hot air generated kept contributing to global warming as different formulae were tried out. The Intergovernmental Panel on Climate Change (IPCC), the scientific body responsible to monitor climate change, sounded the alarm bells several times to no avail except to hold more meetings, and even that was not possible because of the pandemic.

The meeting of G20 in Rome and COP26 in Glasgow raised many hopes as several countries had already declared their own net zero emission target years, but the International Energy Agency quickly calculated that even if all the pledges and programmes were to be implemented, the global temperature will still be above 2.4 degree Celsius by 2100. But that did not stop the speeches and pledges as designation of net zero emission years was an easy way to take credit for setting targets. The new arrangement helped countries to declare their intentions, however conditional they were.

India, which had opposed the idea of designating years, gave in by declaring that it will also achieve net zero emissions by 2070. Moreover, India announced that it would significantly reduce emissions by 2030 and increase its renewable energy sources to gradually replace fossil fuels. The anti-climax came when the whole thing was made conditional to the availability of $1 trillion for the developing countries to replace fossil fuels required for development.

Clearly, the hot air generated for nearly two weeks, taking extra time to fix the final text was not a waste because the focus shifted from collective, coordinated efforts to individual initiatives by countries to battle climate change. India had always maintained that it will do what it can to reduce the carbon intensity of its economy, but to reach the targets set globally, the developed countries should change their lifestyle, generate savings and transfer technology and funds to the developing countries. In other words, the luxury emissions of the developed countries should be reduced so that the survival emissions of developing countries should continue without jeopardising the future of mankind.

The way the Glasgow meet ended in extra time by turning the clock back to find a final compromise was typical of the hot air diplomacy, which has become fashionable at the UN. The UN has a growing agenda, but one or two of the agenda items assume prominence. It was decolonisation in the early years, then it became disarmament, then equitable economic development, then human rights, and now, the environment. The pandemic should have been the preoccupation as it is a greater and more urgent existential threat to humanity, except for China blocking Security Council action on it.

India had made it very clear that phasing out of coal and other fossil fuels cannot be envisaged at this time, but the British president of the Conference with an Indian name pressed for it hard till the proverbial Indian wisdom prevailed at the end by replacing “phase out” with an archaic “phase down”, which does not make any difference in practice. It was diplomacy and not science that prevailed at the end as science demands the impossible, while diplomacy deals with the art of the possible. The hope, however, is that science will find a way to capture greenhouse gases and dispose them off, and diplomats will find another cause to fight for in global conferences.