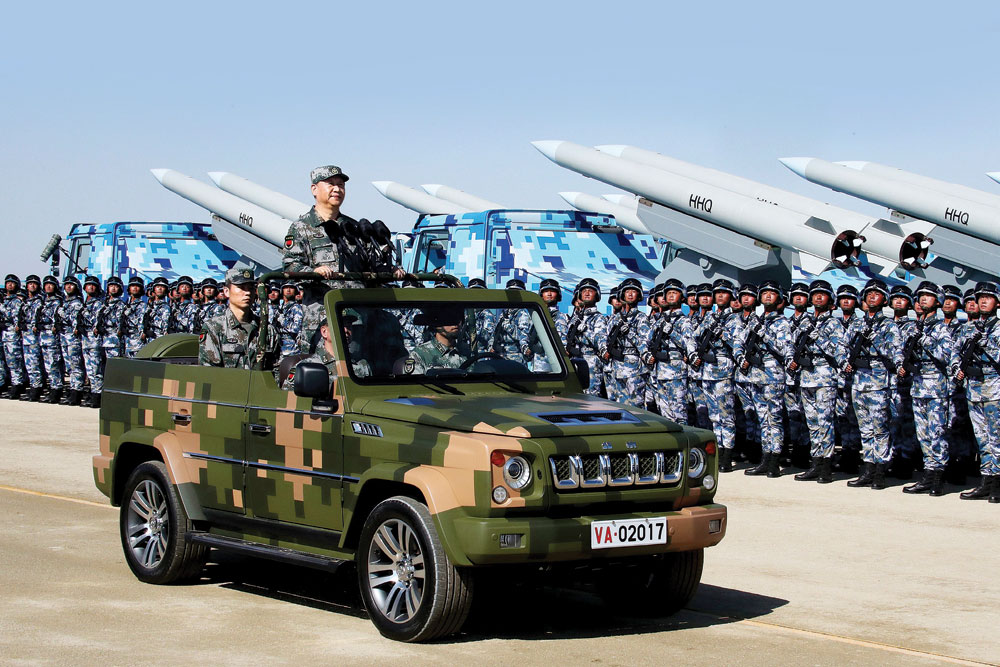 President Xi Jinping believes in doing the opposite.

Xi’s first target was domestic: a powerful coterie of bureaucrats was charged with corruption. The purge was clinical. Up to a million officials across China were jailed or simply disappeared.

Xi militarised the South China Sea, embroiled the country in a trade war with the US, confronted India across the Line of Actual Control (LAC) and persecuted Uyghur Muslims in Xinjiang.

Last year, Xi launched an attack on China’s oligarchs who had built some of the country’s most iconic companies: Alibaba, Tencent and ride-hailing firm Didi.

Over the past few months, Xi has unleashed a fierce assault on China’s booming edtech sector, food delivery gig workers, the gaming industry and an array of fintech firms.

The underlying objective is “common prosperity”. Xi believes a two-track China of urban billionaires and rural peasants will inevitably lead to future civil strife and pose a challenge to the Chinese Communist Party’s supreme authority.

But China’s problems are more fundamental. The slow-motion collapse of its second largest real estate company, Evergrande, is a symptom of a deep malaise.

Evergrande, with assets of over $306 billion, has been a rogue company for more than a decade. Complicit officials overlooked its dodgy financials. Evergrande’s founder and chairman Hui Ka Yan is one of China’s most networked tycoons. His political connections have for years protected Evergrande from criminal prosecution.

Debt default by Evergrande could set off the perfect storm in China, already buffeted by conflicts with its neighbours and the West. GDP growth in 2022-23 is projected to slow to 4.5 per cent. Total public debt is over 300 per cent of China’s GDP—an unsustainable level.
Power shortages are plaguing dozens of districts across China.

Several manufacturers have suspended operations due to the unprecedented power crisis caused by a crippling coal shortage.


The slow-motion collapse of China’s second largest real estate company, Evergrande, is a symptom of a deep malaise. Debt default by Evergrande could set off the perfect storm in China, already buffeted by conflicts with its neighbours and the West

Xi faces a crucial test in less than a year: the 20th National Party Congress will meet in October-November 2022 to decide on giving him an unprecedented third term as president and party general secretary.

Xi’s “common prosperity” drive is popular with ordinary Chinese who feel left out of the country’s economic boom. On cue, China’s wealthiest entrepreneurs have publicly pledged to donate a large part of their earnings to charitable causes.

Will China’s aggressive overreach benefit India? In an insightful piece in Mint, Reshma Patil, author of Strangers across the Border: Indian Encounters in Boomtown China, writes: “The Mandarin-speaking world of venture capital in India is abuzz with speculation of a potential shift in certain foreign investments from China towards India. Since late last year, China’s President Xi Jinping has been tightening the state’s grip on the Chinese private sector, which contributes over 60 per cent to the gross domestic product (GDP) of the world’s second-largest economy.

“India is not only a relatively more stable alternative, but the country is also home to a fast-growing digital economy, with an estimated 750 million Indians already online, which includes about 360 million online learners.

“India in July surpassed China in monthly venture capital deals for the first time since 2013, according to Preqin data reported in the media, which said India received investments worth $7.9 billion in July this year compared to $4.8 billion investments made in China.”

China built its economy by following Deng’s 1979 advice: “Hide your strength, bide your time.” Lying low for decades, it infiltrated US universities and science labs to steal intellectual property. America, fixated on the Cold War with the Soviet Union, saw China as the less dangerous communist power. It ignored the larger future threat China posed.