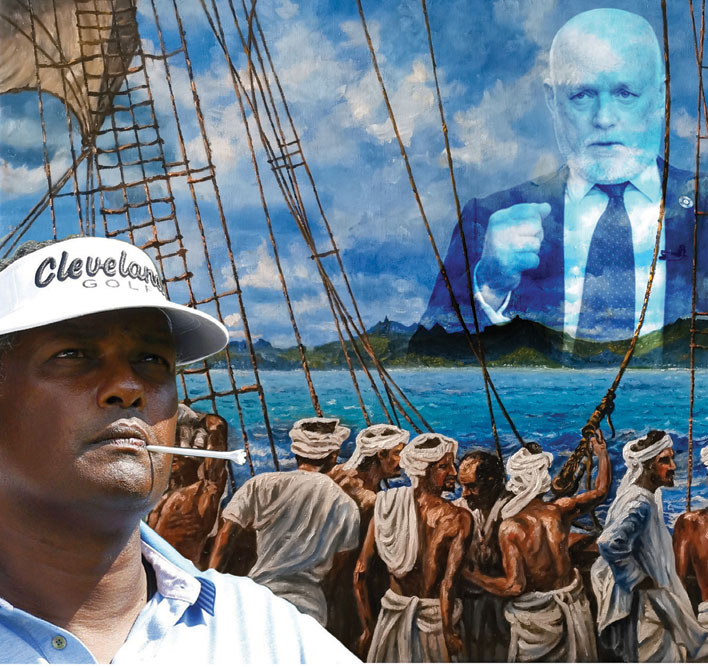 
PERHAPS THE MOST miserable day of my life was July 15, 1956. That was 66 years ago, but it still wakes me up at night in a cold sweat. As a teenag­er, travelling alone, from a country thousands of miles away, I had somehow managed to reach the gates of Shri Ram College of Commerce (SRCC), Delhi University campus.

The kind chowkidar at the student hostel at the back of the college gave me a room though he was not expecting me and had no idea who I was. The hostel was newly built and it was not yet ready to open. There was dust and grime all over the room that was allotted to me. No one had both­ered to sweep it. The charpai, strung together with fibre ropes, was not sleep-inducing. My misery had something to do with homesickness but being in a fanless room at the height of Delhi’s dry summer heat did not help matters.

I had arrived at the college a few days before the term was to begin. My claim to fame is that I was the first occu­pant of the hostel that still stands there. The good news was that the room was single occupancy. I visited my old room recently, partly out of nostalgia and partly curiosi­ty. The authorities have converted it into double occupan­cy. How two students can live together comfortably in that small space beats me!

A month earlier, I had got on board a propeller plane in Fiji and flew to Sydney where I boarded a ship, P&O’s Stratheden, which dropped me off in Bombay on its onward journey to London. From there, I arrived in Delhi on the Frontier Mail. It was a legendary train, the most famous in the country, which once ferried British soldiers and civilians directly from the Ballard Estate port in Bombay all the way to Peshawar on India’s then Northwest Frontier. These days, the train ends its run in Amritsar and is called the Golden Temple Mail. It lacks the sense of adventure that the old name evoked.

I was getting ready to get off the train at its halt at the New Delhi railway station when a fellow passenger who knew his Delhi advised me to carry on to the next station that was closer to the campus.

I was one of three students from Fiji who had been awarded a Government of India scholarship that year to study here with a generous monthly stipend. I had opted for the BCom degree course and the college chosen for me was SRCC. Once I settled down, I had a great time there.

In those days, the college was almost exclusively male. During my three years, there was only one female student, a brave Chitpavan from Poona. I have no idea what toilet facilities the college had arranged for her, if any.

The students of St Stephen’s and Hindu College looked down on those of us from, what they called disparagingly, a bania college but that was fine with me. Believe it or not, this bania college had the only swimming pool on campus.

The girls from Miranda House round the corner would have nothing to do with us and I had no problems with that. I made friends with the ones in far-off Lady Irwin College, some of them freewheeling beauties from Ceylon.

I came to this country as a student and, as it happened, ended up spending most of my life here. I have always loved India though I love it less these days; let us not get into that. I am still a proud national of Fiji with an Overseas Citizen of India (OCI) card that allows ethnic Indians like me to live in India permanently without a visa. The only restrictions, as far as I am aware, are that I cannot vote and I cannot apply for a government post. The OCI status can be withdrawn by the government at any time and I can be deported without notice if I am seen as a troublemaker. I try to keep my mouth shut but I don’t always succeed.


Initially, the sailing ships took 70 days to reach Suva, Fiji’s port. The steamers that replaced them in later years took 30. The ships made 87 voyages altogether and transported about 60,000 men, women and children. The labourers were contracted for five years. If they found life in Fiji did not suit them, they got a free passage back. That was the deal. Most decided to stay back and make the country their home

I still have family in Fiji and until Covid intervened, I made it a point to visit the country, on average, every two years. This year, I returned after a gap of five years. My vis­it coincided with the celebration of the arrival in Fiji of the first batch of Indian indentured labourers on May 14, 1879.

Leonidas was a sailing ship that had 522 men and wom­en on board, all of them from what was then known as the United Provinces, and today as Uttar Pradesh and Uttarakhand. They had no idea that Fiji was so far away; many assumed it was somewhere in the Bay of Bengal. They were brought to work on sugar plantations owned by Australian companies. Cutting sugarcane is arduous work and the indigenous Fijians preferred to fish or grow coco­nuts and bananas.

The passage from Calcutta, and in later years from Madras, was free but you slept on decks of ships that were really intended for cargo. No beds. Initially, the sailing ships took 70 days to reach Suva, Fiji’s port. The steamers that replaced them in later years took 30. The ships made 87 voyages altogether and transported about 60,000 men, women and children. The labourers were contracted for five years. If they found life in Fiji did not suit them, they got a free passage back. That was the deal. Most decided to stay back and make the country their home.

The notorious indenture system, which took labour­ers from India also to places like British Guiana in South America and Trinidad in the West Indies was abolished by Britain in 1916 following an outcry from the Indian nationalists, Mahatma Gandhi in particular. He had wit­nessed its cruelties firsthand in South Africa.

FIJI PUNCHES ABOVE its weight internationally. At the Rio Olympics six years ago, Fiji won a gold medal in rugby. The population of Fiji is nine lakh. India, with a population of 138 crore, returned home empty-handed. Vijay Singh of Fiji was the world’s top golfer for 32 weeks in 2004 and 2005, replacing Tiger Woods. India has come nowhere near producing a golf player of that calibre.

A Fiji national, Peter Thompson, was elect­ed president of the UN General Assembly six years ago, the smallest country in the world to be given that honour. Last year, Fiji’s Nazhat Shameem Khan presided over the UN Human Rights Council that gave India such a hard time.

Sugar production continues to play a major role in Fiji’s economy and is almost exclusively in the hands of the descendants of the Indian indentured labourers. Today, the Indians make up about 38 per cent of the population, and the ethnic Fijian, 58 per cent. The rest are mostly Europeans, Chinese and people of mixed races.

The government recognises the perils of excessive dependence on one crop. Over the years, it has encouraged tourism and today, it is a major source of employment and reve­nue. Most tourists come from Australia, New Zealand and the US, countries close by with di­rect affordable flights.

But it is not unusual to spot visitors from Europe and elsewhere who are attracted by the country’s pristine beaches, incredible under­water marine life and, most of all, the friendli­ness of the local population. Fiji has something for everyone. Backpackers on tight budgets can stay in shared dormitories. At the top end, there is the luxurious Sheraton at Denarau.

I am often asked why I don’t spend my re­tirement days in Fiji if I love that place so much. The short answer is that at the age of 86, India provides me with state-of-the-art medical fa­cilities that a country with a population of less than a million cannot match. If I have a major medical emergency in Fiji, I would have to fly out on an ambulance plane to a more populous country nearby. My pension is not limitless.