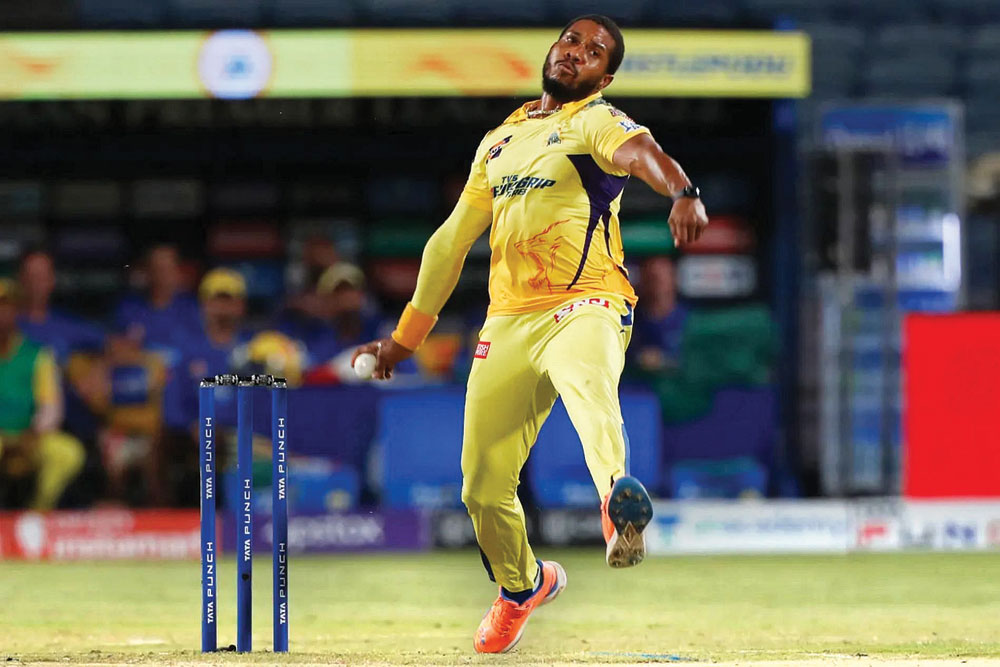 
PRESSURE. PERHAPS THE most used word when it comes to sport. Everyone who has played sport will tell you there is always pressure. From fans, parent bodies, sponsors, family and, most importantly, from yourself. At the end of the day, a sportsperson is alone, grappling with her or his own mind. A mind that is full of clutter and constantly fighting to be freed. Of all the thoughts that keep flooding in, of the possibilities that keep disturbing the equilibrium and, finally, all the hope and expectations of what can be. The possibilities, options and the potential going forward.

Sachin Tendulkar, the one who has played the sport with most pressure for a good two-and-a-half decades describes pressure really well. According to Sachin, there are two ways to deal with pressure. First is if the pressure is kept behind a performer. Say, a billion people are behind you. In such a scenario, where the pressure is behind you and pushing you ahead, it can only help you get better and propel you further. That’s how Sachin dealt with pressure. He always used it as a tool. Something that helped him get better and do something tangible for the country. The moment the “Sachin Sachin” chants would start, he would make a mental adjustment and not let the chants get to him. Ask him and you will know. “If a billion people are always behind me and helping me, can there be a greater support system?” he would say. The second kind of pressure is when it is on top of you. If the expectations of a billion people are on your shoulders, all it can do is weigh you down. And in such a scenario it is impossible to perform well. It clutters your mind and colours your judgment. For a batter it becomes impossible to choose the correct shot and for a bowler it becomes a nightmare to bowl the right length.

And that’s what will decide the Indian Premier League (IPL) from here on. Which team and management deals with pressure better? Who wants it more? Who can keep calm? Each of the teams has men of quality and the line between error and a superhuman effort is very thin. That’s where handling pressure becomes key. In a number of matches this season we have seen teams win from impossible situations. The Gujarat Titans against the Chennai Super Kings are a good example. It was a match that CSK had in control with five Titans wickets done for under 100. David Miller was the last hope and he was up against a fast surging asking rate. And CSK had Chris Jordan with more than a decade of experience to do the job with the ball. Jordan, unfortunately, was unable to deal with the pressure. He kept bowling length balls to Miller and Rashid Khan and in one over the match was beyond Chennai. Jordan isn’t a bad bowler. He is in fact one of the best death bowlers for England in T-20 cricket but against Gujarat, he just lost nerve. It happens to the very best and that’s what makes sport what it is. Jordan too will have a chance to make a comeback but for that one game it was Miller and Rashid who won the day.


Sachin Tendulkar describes pressure really well. There are two ways to deal with pressure. First is if the pressure is kept behind a performer. In such a scenario, where the pressure is behind you, it can only help you get better. The second kind of pressure is when it is on top of you. Then it is impossible to perform well

In trying to explain pressure in a little more detail I will turn to a different sport. I will turn to Abhinav Bindra, India’s first individual gold medal winner at the summer Olympics. Abhinav, for the record, came the closest in Rio 2016, eventually losing out in a tie-break. It was the closest one could get to a medal and yet not win. Was it pressure or was it just that moment? Again, we will never know. But as Abhinav says, it just happens. In that moment when Abhinav was taking the final shot he was sure. There was no doubting his ability. Till the 17th shot he was in silver medal position and in qualification he had shot the best final round of 10 shots. But that one particular shot did not work. And he knew it the moment he fired. A slight shake of the head was proof what he must have felt. Four years of work had come to nothing and it was a hard pill to swallow. Even for Bindra who had seen it all. Contrary to Rio, Beijing 2008 was different. The final shot from Bindra was a 10.8 and that landed him the gold. Micro millimetres between a gold medal and no medal at all. That’s how sport is. And that’s what pressure does to you—it makes you the best or the worst on a given day.

To cite another example, let me go back to the 1994 football World Cup, or to a more recent one involving Argentina and Leo Messi. In 1994, in front of a legion of Italian fans, Roberto Baggio stepped up to thunderous applause to take a key penalty. Baggio, most felt, could never miss. He did. And so did Italy. Can Baggio ever come to terms with what had happened that instant as he took that shot? Does he replay it in his mind? It will be a huge surprise if he doesn’t. And did Baggio ever believe he would miss? No one does. And yet it happens. Sport is real, not reel, and in that one instant all kinds of emotions get meshed into one and causes something that one least expects. In this case, Italy lost the World Cup final because of the penalty miss and the stakes couldn’t be higher.

That’s what will decide the IPL from here on. Which team and management deals with pressure better? Who wants it more? Who can keep calm? The line between error and a superhuman effort is very thin. That’s where handling pressure becomes key. In a number of matches this season we have seen teams win from impossible situations

And then there is Messi. The Argentine superstar seeking immortality has come close to doing so numerous times in his career. He came close in 2014 against a raucous German side that had thumped Brazil 7-1 in the FIFA World Cup semi-final. Could he go past them and once and for all close the Maradona comparison? Prove to the world that he is as good? Unfortunately for Messi, he wasn’t able to. The trauma was such that he had even contemplated retirement. He will get one final opportunity in Qatar and yet again the pressure on him will be humungous for this is clearly his last FIFA World Cup. Can he do it? Only time can tell.