The Lady of the Maidan

A candy seller brings back memories of cricket’s romantic past 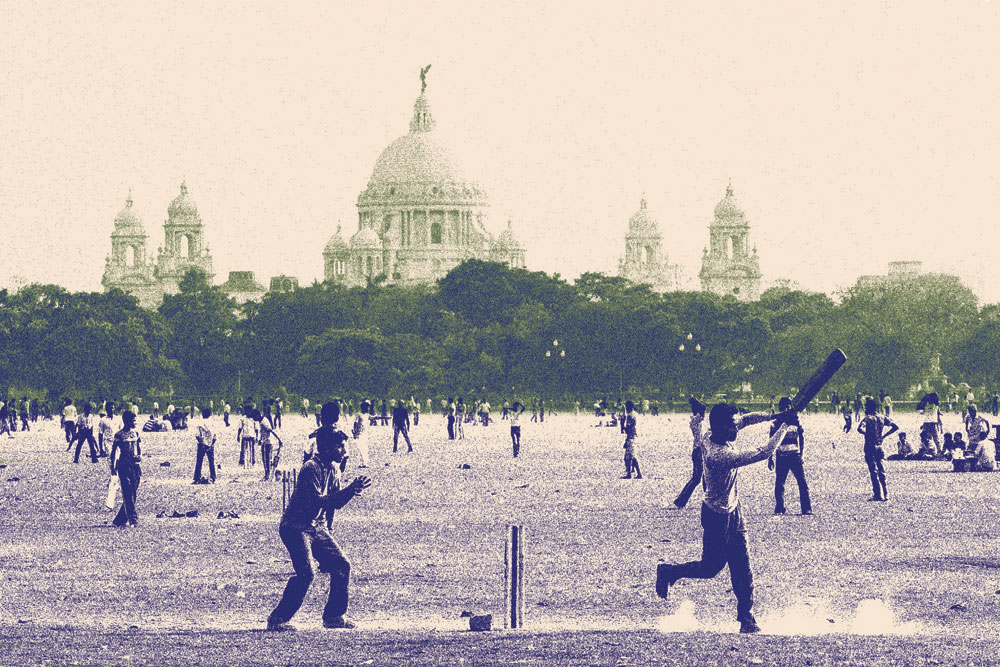 
HIS HAPPENED TO me a second time in four years. And this time round, it seemed all the more relevant. It was the India vs New Zealand T20 on November 21st at Eden Gardens and India had the opponents on the mat with five New Zealand wickets down for nothing on the board, chasing 184. The crowd was loving it but I was getting a little bored with the match turning one-sided. Instead of wasting the ticket, I decided to walk out of the comfort of my seat in one of the hospitality boxes and quietly leave the stadium. I needed some fresh air and the AC and tightly fitted N95 mask were starting to feel suffocating. Just as I walked out of the gate, there were some 20 people who ran up to me to ask if I had tickets. I did. Forget the fact that at best an hour of the game was left. I had my own and one extra ticket and just randomly handed them over to someone who could hardly believe his luck.

That’s when I saw her again. In fact, we literally bumped into each other as I was walking to my car and she asked me, “Dada, chinte parchhen? (Brother, do you recognise me?)” Of course, I recognised her. I had last seen her some three years earlier at an IPL game. I needed a second to remember her name. Each one of us has had this experience at some point. And we all may have felt bad about it. You just want to remember and then start to feel awkward. “Dada, bhalo achhen? (Are you doing well?)” And then she handed me my favourite candy. Instantly, it all came back to me. She used to sell candies when I was growing up and used to be a permanent feature of the Maidan. Whether it was a football or a cricket match, she was always there. All smiles and in a sari. And here she was—still there. Twenty years earlier, there was no IPL, no T20 cricket. She, however, was there. For the few people who came to watch Bengal play the Ranji Trophy at the Eden Gardens, she was there—flashing a radiant smile. And even as the new format has taken over, she continues to sell candies. She was there before Covid. She is there as we emerge out of the pandemic.

In sum, she is like a link between the past and the present—a thin thread of continuity. From the time when cricket was a mere sport to now when cricket is a billion-dollar industry. I am a relic too: someone who loves Test cricket but has been reduced to a minuscule minority. But it does not matter. Just as the 50,000 people inside were/are the story of Indian cricket, so were we, the two of us, an extricable part of the narrative. Different constituencies, but yes, part of the story. And there is no moral judgment here. I wasn’t better than anyone inside the ground; nor were they any better than me. We were both constituents of Indian cricket and in a manner it was our community.


She is a link between the past and the present—a thin thread of continuity. I am a relic too: someone who loves test cricket but has been reduced to a minuscule minority. But it does not matter. Just like the 50,000 people inside eden gardens, we were both constituents of Indian cricket and it was our community

As I looked at her in appreciation and awe, she said to me with a smile, “Khaaben? (Do you want to have one?)” I had not had a candy in ages. The last time was perhaps when she had met me in 2018-19. But this was much more than just a candy. It was a slice of my growing up—my bond with cricket, which remains the same post Covid. My world, where the sport was different, but it was the sport nonetheless. I agreed to have one, and as she handed it to me I gave her a hug breaking Covid protocols and handed her some money and requested her to keep it. Honestly, I wasn’t giving her the money out of sympathy. She had given me free candies all my childhood and here I was seeing her again. It was the least I could do. She, however, refused it right away. She just wouldn’t take money. I felt as if the sport itself was telling me that it isn’t always about the money. It can never be. Regardless of the IPL and all its riches, there will always be Test cricket; and I’m certain some like Rohit and Virat will still prioritise the five-day format over anything else. It does not matter whether or not people watch, or if 60,000 spectators dance to boundaries as in the IPL. For some like Virat and Rohit, Test cricket will remain their legacy—was, is, and always will be. That lady selling candies was a reminder of the time when cricket was a sport, not an industry; a time when 100,000 people would stand in serpentine queues for tickets in anticipation to watch Test cricket at the Eden Gardens. Back then, there was no online system, no website to book tickets at the click of a button. Did I feel old? Alien? No, I did not.

I got back home that night all charged up. Feeling all upbeat with a renewed sense of energy. Writing and talking about cricket is my profession. I do it for a living. But it also gets boring on occasions; dull and monotonous sometimes. And that’s when I run away to the Maidan, to county cricket if I am in Oxford or to the Sunday afternoon para game if I am at home in Kolkata. And yes, all of these have started again after a gap of nearly 18 months. I don’t need to write or commentate or do an analysis of any of these games. No one is interested. And this obscurity is often pristine. It represents a part of cricket’s romantic past that is now lost. But it does exist. It exists in these inconsequential matches played across the country, in schools and colleges, which are all gradually getting students back post Covid, in joint family courtyards and at small club grounds. And the intensity generated in these matches makes the game what it is—a national aspiration for the discerning Indian. Every second Indian wants to excel at cricket, bat like Kohli and bowl like Ashwin.

Writing and talking about cricket is my profession. I do it for a living. But it also gets boring on occasions; dull and monotonous sometimes. And that’s when I run away to the maidan, to county cricket if I am in Oxford or to the Sunday afternoon para game if I am at home in Kolkata

And at the very same time, Indian cricket on and off the field has grown from strength to strength. With a new dispensation in charge of white-ball cricket, one expects the elusive missing piece of silverware to come home within a year or two. Also, the Virat-Rahul Dravid duo will do what no Indian team has done in the past—win a Test series in South Africa against South Africa in December-January.

It is time I got back to the lady at the Maidan one more time. Yes, she did eventually take the money I wanted to give her. Rather, I forced her to. It was my way of telling the Indian cricket world that we exist, she and I, as fans and stakeholders. More importantly, it was my way of embracing the new normal in which things I loved continue to exist. Yes, I did bring my mask down to have the candy. The taste was just sublime. Was it a risk? Maybe. But it was also a reminder that there is life beyond Covid and sport remains central to that new world order of ours.

Just like me, Kapil Dev is a very emotional man. Both of us cry easily, says Ranveer Singh