India through the prism of counterculture 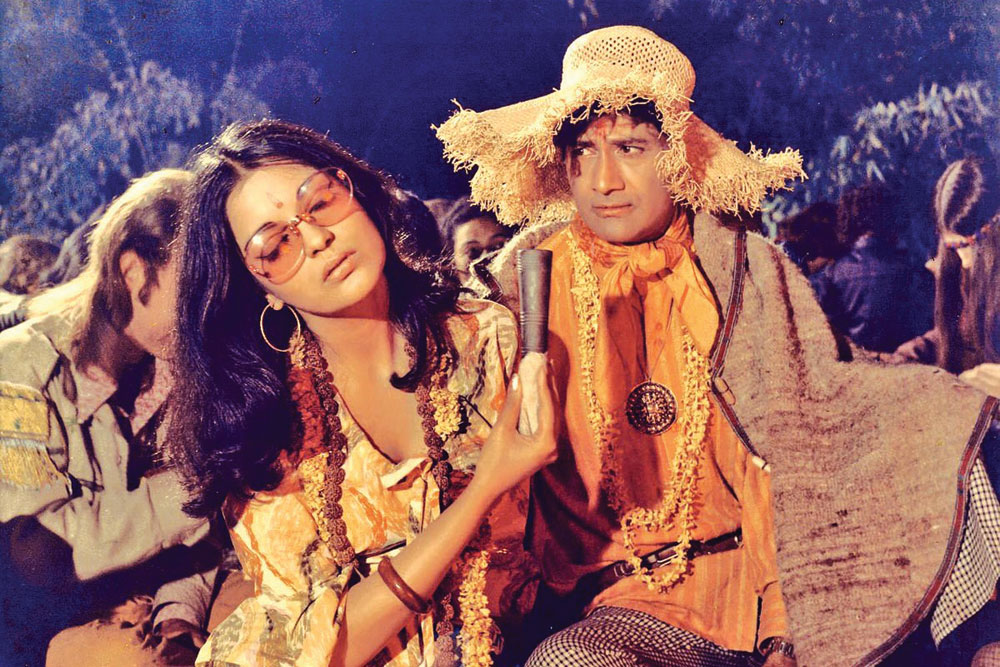 
THE HIPPY TRAVELLERS who went to India from the 1960s to the early 1980s saw the country as a mysterious place which offered alternative worldviews to Western culture, a counterculture, from which any combination of culture, religion and mysticism—not to mention drugs—could be plundered and blended into an individual cocktail offering a path to enlightenment.

My own travels to India began as this period drew to a close, as I was reminded when I saw the guesthouse in which I spent my first night in India in 1981 used as a location in the second series of The Family Man (2019). Although called the Sri Venkateshwara Lodge in the series, it was the Broadlands, on Triplicane High Road, in what was then Madras. The guesthouse was well-known to world travellers in those pre-Lonely Planet days. It was my first introduction to a well-established pattern of interactions between foreigners and India. Like all travellers, I soon fell ill, in my case with typhus and salmonella, perhaps a rite of passage.

I saw a few other students like me, short-term visitors, often on gap years, who sometimes temporarily joined the hippy travellers, mostly to glean information, but remained somewhat apart. There were many travellers who had been in India for longer periods (the first few times I went to India, British citizens didn’t need a visa). They moved around the subcontinent and often other parts of Asia, sharing experiences of their exploits and encounters, often boasting of how hard their travel was and how little money they had spent and seemed either to be constantly grumbling or placidly spaced out. This group had a uniform of baggy trousers of printed cotton, worn with vests and assorted silver jewellery and clouds of patchouli oil. Some had a serious engagement with culture through some sort of spirituality, whether via personal inclination or as a member of an ashram.

Western 1960s counterculture has a complicated history but the beat poets played an important role. Allen Ginsberg wrote about his stay in Calcutta, 1961-62, in his Indian Journals (see also Deborah Baker’s A Blue Hand). Whatever one thinks of the poetry, Ginsberg later wrote ‘September on Jessore Road’ which helped raise awareness of the Bangladesh crisis in 1971. The beat poets were also an important influence on a new wave of modern Indian poetry, with brilliant writers such as Arun Kolatkar, Arvind Krishna Mehrotra and Dilip Chitre.

Even though the Beatles’ India visit is remembered for their flirtation with transcendental meditation (as a first-year Sanskritist, I was exasperated by the sandhi error of Maharishi for Maharshi), George Harrison had a lifelong relationship with it through his close connection with Ravi Shankar, as well as supporting the ISKCON temple in Hertfordshire, and the Concert for Bangladesh.

There seems to be a renewed interest in these travellers today. A recent television series, The Serpent, examined the life of Charles Sobhraj, “the Bikini Killer”. Sobhraj drugged and killed at least 20 travellers across Asia, mostly in Thailand, in the 1970s. He was caught in India, attempting a burglary at the Ashoka Hotel, then spent 20 years in Tihar jail. After escaping, he was rearrested in Goa. After his release, he went to France, then later Nepal, where he is still in prison. The series evokes the naïveté and desperation of the travellers, the diplomatic disdain for them, contrasting with the stylish cool of Sobhraj. It suggests that the Indian-Vietnamese Sobhraj had been rejected in France for his race, learnt to hide his origins and then took his revenge on the travellers.

A more recent view from India is Better to Have Gone by Akash Kapur. Born and raised in Auroville to an American mother and Indian father, the author was educated in India and at top Western universities. Kapur sketches a brief history of the Pondicherry ashram and Auroville. Sri Aurobindo, a cosmopolitan Bengali, came to this part of French southeast India in 1910 to practise Integral Yoga. A Sephardic Jewish French woman, Blanche Rachel Mirra Alfassa, later known as the Mother, joined him soon after and they set up an ashram which she took over when he died in 1950. Hundreds of Westerners came there to find a personal utopia, especially after the Mother founded the township of Auroville in 1968. Schisms developed rapidly after her death in 1973 between the ashram and Auroville. Many Indian and foreign tourists are still drawn to the oddly compelling Matrimandir, begun in 1971, but completed only in 2008.


Who can forget Dev Anand dressed as a hippy, looking aghast as his sister (Zeenat Aman) encourages the stoned westerners to take another drag in ‘dum maaro dum’ in Hare Rama Hare Krishna (1971)?

This is the setting where the book’s main characters interact: Satprem, born Bernard Enginger, a Buchenwald concentration camp survivor, and a Belgian woman, Diane Maes, and her partner, John Walker, the scion of a highly privileged American East Coast family. Each had their own reason to seek a utopia, whether directly, as Satprem, or simply from boredom and a spiritual or other restlessness.

The failure and problems of a utopia are engaged with through these intertwined lives, framed by the deaths of Maes and Walker, which were or were not suicide, but which they did not resist. The lack of any serious engagement with Indian culture or indeed Indians is striking throughout the book. Many Indians have moved to Puducherry and Auroville, bringing their own cultural and religious traditions. I would like to have known more about Kapur’s own family and how he and his wife, Maes’ daughter, engage with Auroville today after choosing to return there from America. Kapur seems somewhat ambivalent towards the place although he responds to the spiritualism of the Matrimandir.

The Indian view of these Western travellers can be scathing. The overseas Indian, VS Naipaul had, as ever, nothing but disdain for those who were seeking enlightenment in what he saw as an area of darkness. Gita Mehta’s Karma Cola, which I bought on my initial travels, is a frothy and sparkling account of these rather pathetic characters by a cosmopolitan upper-class Indian.

But who can forget Dev Anand dressed as a hippy, looking aghast as his sister (Zeenat Aman) encourages the stoned Westerners to take another drag in ‘Dum maaro dum’ in Hare Rama Hare Krishna (1971)? Or the struggle of the aptly named Bharat (Manoj Kumar) in Purab aur Paschim (1970) where, as the son of an Indian freedom fighter, he sets off with his Bhagavad Gita to the West to study? When Bharat arrives at Heathrow, he surprises his father’s friend by touching his feet while the wife asks him through clouds of her cigarette smoke, “What are you looking for?” Their son (Prem Chopra), who calls himself “Orphan”, identifies as a hippy, and insists his parents say “please” and “thank you” to him. “How do you like our ways, Indian boy?” he asks. Their daughter, Preeti (Saira Banu), smokes, wears a blonde wig and miniskirts, but Bharat leads her back to the right path, and she returns to India wearing a sari.

Looking back, it seems that the Western view of India grew out of the counterculture, or rather, several countercultures. The latter revealed its limitations as it regarded India as a mysterious non-modern space and had patronising, if not racist, attitudes to Indians. Indians returned the Western gaze with “sly civility”, but as they often did this in non-English writing and cinema, it was overlooked by these blind seekers.

Until the pandemic, there was no shortage of overseas tourists and travellers to India. They now travel alongside the huge number of domestic tourists, enjoying the staggering cultural offerings of India to the world: historic buildings, wildlife, health tourism and food. The East-West cultural binary has diminished through changing geopolitics as India is no longer a ‘third world’ country and through migration, and multiculturalism has found its place in the West. People of Indian origin play key roles in Western politics, academia, literature and media, as well as in science and medicine. India is still a top choice for foreign travellers but on its own terms, rather than somewhere to come to find only themselves.