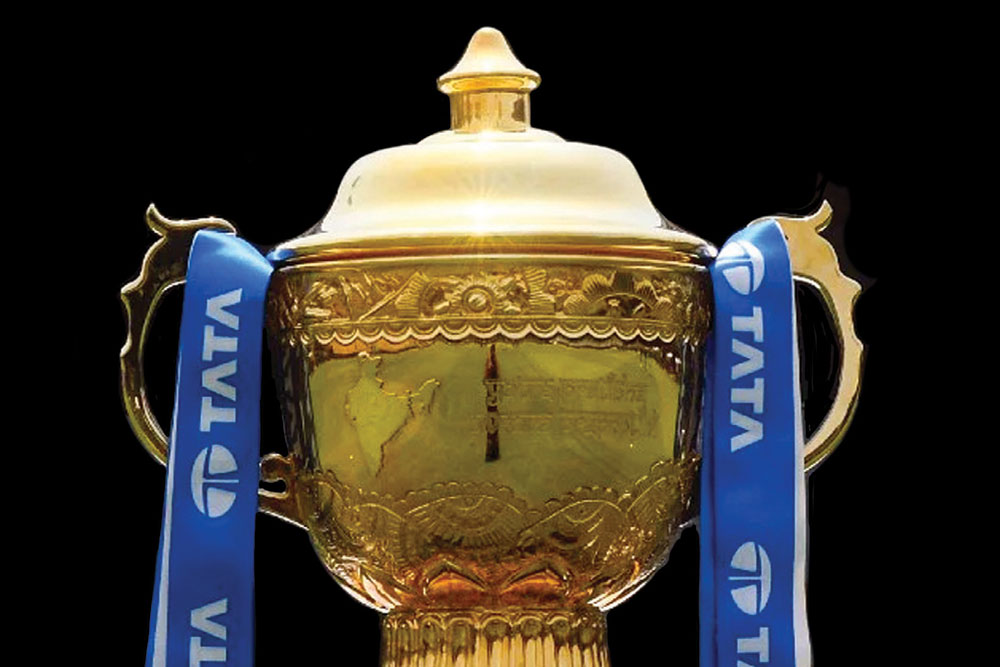 AS THE INDIAN Premier League (IPL) season comes to a close, it is perhaps the right time to take stock of all that transpired in the last two months. What worked and what did not: How has the tournament enriched Indian cricket and is India a better T20 team at the end of it, with the World Cup just months away? Should we be concerned about the form of two of our best, Rohit Sharma and Virat Kohli, for they will be key to avenging what transpired in the UAE in October 2021? Finally, is the stage set for a record-breaking media tender deal with the successful staging of the tournament?
As always, a number of players have opened the doors to the Indian team with their IPL performances.

Dinesh Karthik, for example, has done enough to make it back as a finisher. With the Indian side in need of one alongside Hardik Pandya, who has also made a comeback, Karthik’s exploits for Royal Challengers Bangalore (RCB) in the bottom half of the innings did much to impress the selectors. Among the bowlers, Umran Malik and Mohsin Khan have come as real breaths of fresh air for India. While Malik has the extra pace India has been desperately seeking for a while now, Khan offers the tall left-arm option so very necessary in T20 cricket. With a host of T20 games lined up in the next few months, both will have the opportunity to impress the selectors and open the door to the World Cup.

What is perhaps the most striking feature of this year’s IPL is the performance of the two new teams. While Gujarat Titans finished top of the pool, Lucknow Super Giants (LSG) finished third after Rajasthan Royals with the later pipping the debutants on a better net run rate. Many have asked what explains the superb performance of the two new teams and the rather underwhelming show from two of IPL’s best ever teams, Mumbai Indians and Chennai Super Kings (CSK). Among the many reasons, which include a sudden loss of form for Rohit Sharma and Ruturaj Gaikwad at the start of the tournament, the most significant reason perhaps was the absence of the Right to Match Card at the auction. As a result, the established teams were forced to lose some of their best players to Gujarat and Lucknow. While Quinton de Kock (QDK) went to LSG, Hardik Pandya was picked up as the captain of Gujarat. While Chennai sorely missed Deepak Chahar and Mumbai Jofra Archer, Trent Boult’s move to Rajasthan Royals was also a major factor that made Mumbai’s bowling look limp. By doing away with the Right to Match Card, what the Board of Control for Cricket in India (BCCI) ended up doing was making the auction a more challenging proposition for the existing teams and opening things up for the debutants.

What Lucknow and Gujarat also did well was get two of the best Indian cricket brains into the mix. Ashish Nehra as the head coach of the Titans and Gautam Gambhir as the mentor of the Super Giants are both runaway successes of this edition of IPL. Gautam, for example, is clearly one of the sharpest cricket brains around. And come the big occasion he has delivered more often than not. Be it the World T20 final in 2007 or the 50-over World Cup final in 2011, Gautam Gambhir has always made a difference for India. In IPL, he turned things around for Kolkata Knight Riders (KKR) and led them to two titles in four years against all odds. Now donning a new hat as mentor of Lucknow Super Giants, Gautam has worked to build a team that has turned out to be extremely competitive right through the competition. And in doing so, he had in his mind gone back to his playing days and tried to get in captain KL Rahul’s shoes to gauge if each player invested in by LSG would have met with KL’s approval.


By doing away with the right to match card, BCCI made the auction more challenging for the existing teams and opened things up for the debutants. What Lucknow and Gujarat also did well was get two of the best Indian cricket brains into the mix. Ashish Nehra as the head coach of the Titans and Gautam Gambhir as the mentor of the Super Giants are both runaway successes of this edition of IPL

“I haven’t said this before and this is the first time I am saying this. For each of our buys I had mentally gone back to my playing days as captain to try and understand what KL would have felt. I was KL in my mind if you understand what I mean. I was trying to think like the captain and that’s how I tried to help Dr Goenka during the auction,” said Gautam in one of his many interactions.

The presence of quality all-rounders does make the team a very potent one. In Krunal Pandya, Deepak Hooda, Marcus Stoinis and Jason Holder, they have serious variety and in T20 cricket, such all-round depth will stand any team in good stead. With KL and QDK at the top, it is a line-up that had it all. A play-off showing in the first year is proof. While the absence of Mark Wood had hampered them a little, in Dushmantha Chameera they had a reasonable back-up option.

And for Gujarat the best thing has been the return of Hardik Pandya. As skipper of the Titans, Pandya has led from the front. Unflustered under pressure and not afraid to bowl up front, Hardik has done enough to satisfy coach Rahul Dravid and earn a much deserved India call-back. Hardik is all about confidence and it was great to see he has not lost any of it despite the long time away from the game. Hardik clocked pace touching 140 kmph and was bowling full tilt each time he bowled for the Titans. At no point did he feel any discomfort and his opening spell in many of the games had intensity and commitment writ large. Hardik, currently on a comeback trail, will be key to India’s chances in the World T20 in Australia. He has looked very impressive with the bat as well giving fans hope that India’s go-to finisher is back at full fitness.

From an Indian World Cup standpoint, the other standout performer for Gujarat was Mohammed Shami. In quite a few games, Shami was able to rip through the top order and that’s something Rohit will want from the fast bowler when he partners Jasprit Bumrah in Australia. In the absence of Deepak Chahar, India will need a wicket-taking option at the top and Shami fits the bill perfectly.

Finally, India’s spin department, which looked depleted in the World T20 in Dubai last year looks replenished with Yuzvendra Chahal bowling extremely well and Kuldeep Yadav staging a remarkable comeback. Both being wicket-taking options, Rohit should have plenty of variety in the bigger Australian grounds against Pakistan on October 23, 2022.

What everyone is keen to see is if IPL will have a new champion. Except Rajasthan, none of the other three has won the tournament and it will be interesting to have a new team lift the trophy. And if it’s a debutant, it will indeed make a great story.

The Summer of Hope