Is it the government’s job to support translators? 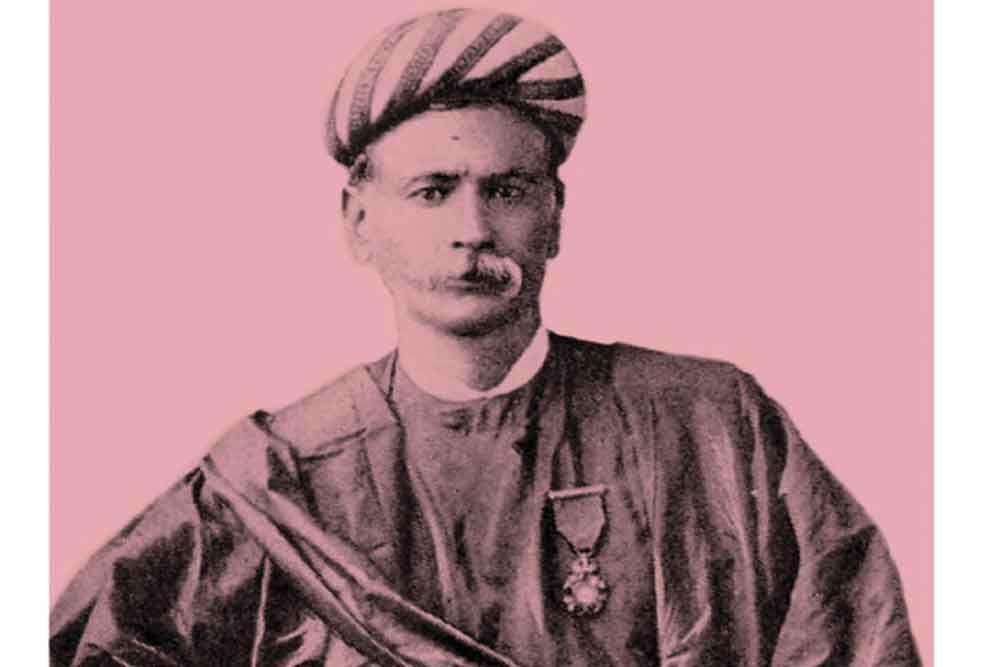 
ON JULY 29TH, 1898, M Finucane, secretary to the Government of Bengal, wrote to the secretary to the Government of India, Home Department. ‘I am to submit, for the favourable consideration and orders of the Government of India, the accompanying memorial, dated the 26th March, 1898, with enclosures, from Babu Kisari Mohan Ganguli, praying for a pension from the Indian revenues or from the Civil List in England in acknowledgment of his services as the English Translator of the Mahabharata published by the late Babu Pratapa Chandra Roy, C.I.E…The attainments of Dr. Rajendra Lal Mitra as a scholar and antiquarian and his services in the cause of vernacular literature and education were publicly acknowledged in 1880, with the consent of the Secretary of State, by the grant of a special pension of Rs 3,000 a year from the general revenues of the State. In the Lieutenant-Governor’s opinion the services rendered to vernacular literature by Babu Kisari Mohan Ganguli are deserving of some similar recognition.’ The British government was in a bind, to state it mildly. It had been thought that Pratap Chandra Roy (this is the way the name is usually written in English) was the translator of the Mahabharata. Therefore, a C.I.E. (equivalent of today’s Padmashri) had been conferred on him. After Pratap Chandra Roy’s death, it now transpired that Kisari Mohan Ganguli claimed to be the translator and no one disputed that he was the principal translator, though not the only one. The correspondence I have already cited suggests Kisari Mohan Ganguli may have been more like a chief editor, rather than an actual translator. It is worth remembering this when one reads almost hagiographic references to Ganguli. But no matter. Having in some sense rewarded Pratap Chandra Roy, there was probably a sense of guilt. Something should be done to reward Kisari Mohan Ganguli too. After all, there were recommendations from people like Edwin Arnold. (I believe Jairam Ramesh’s forthcoming book on Edwin Arnold has a reference to this entire episode.)

Hence, Ganguli got his pension. After all, there was the precedence of Rajendralal Mitra, who had also got a pension and there was no denying that Roy and Ganguli had produced the first unabridged translation of the Mahabharata in English. Nineteenth century Bengal produced remarkable men and women. One of these was Rajendralal Mitra (1822-1891). Beyond school, Mitra had no formal training. Therefore, he was appointed a librarian in Asiatic Society. (The Asiatic Society went through several name changes, but Asiatic Society will do. This reminds me of the famous economist Piero Sraffa, who had to be appointed a librarian in Cambridge because he lacked requisite formal educational qualifications.) Mitra’s individual contributions, and those through Asiatic Society, were phenomenal. Indeed, in various capacities, he was the driving force behind Asiatic Society, evident in the Bibliotheca Indica series. Under that series, he personally brought out Sanskrit editions of Agni Purana, Kamandakiya Nitisara and Vayu Purana. By any objective criterion, there could be no comparison between Rajendralal Mitra and Kisari Mohan Ganguli. Just because Mitra got a pension, that was no argument for Ganguli to get a pension. If Ganguli got a pension, that was because of (a) successful and powerful lobbying; and (b) because his was the first unabridged Mahabharata translation. If the government was going to offer a pension, or fund a translation activity in any other way, there would be the inevitable question of evaluation of quality. (I said government, but this is true of any funder.) As the correspondence I have cited shows, question marks were indeed raised about quality. But that argument about the first unabridged Mahabharata translation disposed of that objection.

This brings us to the second translator of the Mahabharata in English, Manmatha Nath Dutt, and the file noting is quite interesting. ‘In March 1890, Babu Manmatha Nath Datta submitted an application soliciting the patronage of the Government of India to an English translation of Valmiki’s Ramayana in Sanskrit. The application was referred to the Government of Bengal for opinion of Mr Tawney (Charles Henry Tawney, then Principal of Presidency College) on the translation.’ What did government support mean? No grant or subsidy was intended. As the file notings show, what was intended was ‘support by the purchase of copies for distribution to schools and colleges’ and nothing more. Manmatha Nath Dutt had a logical point. ‘Some fifteen years ago, the late Babu Protapa Chandra Rai [sic] of Calcutta undertook the publication of an English translation of this great work and received patronage from the Government and from many of the Native Chiefs in India…It is a gigantic work, and the Government very properly bestowed upon him, as he well deserved, the Companionship of the distinguished Order of the Indian Empire.’ Note that in the case of the Roy-Ganguli translation, there was an outright grant from the government, going beyond the mere purchase of a certain number of copies. At that time, AT Pringle was assistant secretary, Madras, and member of the Governor General’s Council. His file notings illustrate the bind the government was in. ‘The difficulty is that such assistance cannot be given without creating a wrong impression: the mere fact that the Government of India has set down their names on a subscription list is in many quarters regarded as some guarantee of the worth of a book, and applications for support to Local Governments or to Native States have twice as many chances of success if it can be said in the prospectus that the Governor General in Council has taken some copies. And, again, it is perhaps well that there should be uniformity in the treatment of cases of this kind. The grant of substantial help to the venture of the late Babu Pratap Chandra Rai was probably a grave error.’ Therefore, in retrospect, it was a mistake to have done that for Pratap Chandra Roy and Kisari Mohan Ganguli. Although Pringle didn’t bring in the pension, because Manmatha Nath Dutt hadn’t asked for one, the pension to Ganguli was also probably a mistake.


Having in some sense rewarded Pratap Chandra Roy, there was probably a sense of guilt. Something should be done to reward Kisari Mohan Ganguli too. After all, there were recommendations from people like Edwin Arnold

Broadly, reflecting the mindset of the times, government support was unnecessary and the government should stay away from such activities. After translating Valmiki Ramayana, Mahabharata and Hari Vamsha, I have now moved on to translating the Puranas. Of these, two have been published (Bhagavata Purana, Markandeya Purana) and two are with the publisher, awaiting publication (Brahma Purana, Vishnu Purana). Which Sanskrit texts of the Puranas do I use? The series published in the 1950s by Nag Publishers ‘with financial assistance from the Government of India, Ministry of Education and Culture’. Note that when Asiatic Society published the Sanskrit texts in the 19th century, there was no financial assistance from the government. The Sacred Books of the East series didn’t publish any translations of Itihasa Purana. The Sacred Books of the Hindus series, published by Panini Press (Allahabad) decades ago, did a few English translations of the Puranas. As far as I know, no government assistance was involved. In the 1950s, Motilal Banarsidass started a series of Purana translations. (It hasn’t been completed.) This was funded by the Ministry of Education and Culture. Times have changed. As in many areas of activity, we now expect government to do everything. It wasn’t like that one hundred years ago. When I mention the need to translate Itihasa Purana, I am often asked, ‘What is the government doing about it?’ When I ask the counter-question, “As an individual, what are you doing about it?” people get upset. You will say that I am being unfair. There are examples like Amar Chitra Katha and Gita Press. Yes, of course. I personally think that Gita Press and Amar Chitra Katha have done more to disseminate Itihasa Purana than anyone else, and without looking towards government support. Since I have been talking about Ganguli and Dutt, I meant translations in English. Note that in their respective ventures, they were funded by individuals, including princely states. In both cases, it was essentially a subscription model. I paid a subscription and ensured that when the publication eventually materialised, I would get a copy. Often, the publication was serialised and issues were published one after another. My first copy of a Sanskrit Mahabharata had the Sanskrit in the Bengali script and a Bengali translation. It was published by an organisation known as ‘Aryashastra’, which serialised Ramayana, Mahabharata and several Puranas in monthly instalments. That organisation is now defunct. At least, it is not in the business of publishing any more. Therefore, I didn’t mean translations and editions in non-English languages. I meant in English.

Between January and April 2007, I was between jobs. And I asked several friendly corporates, “Will you pay me a monthly stipend to only do translations?” Not that I pursued the matter diligently, but no one volunteered. They were more interested in funding similar initiatives abroad. That’s the real Ganguli-Dutt bind. We have been reduced to a mindset where we believe this, too, is the government’s job.