The Dialectics of Devotion

The aesthetics of Indian politics V 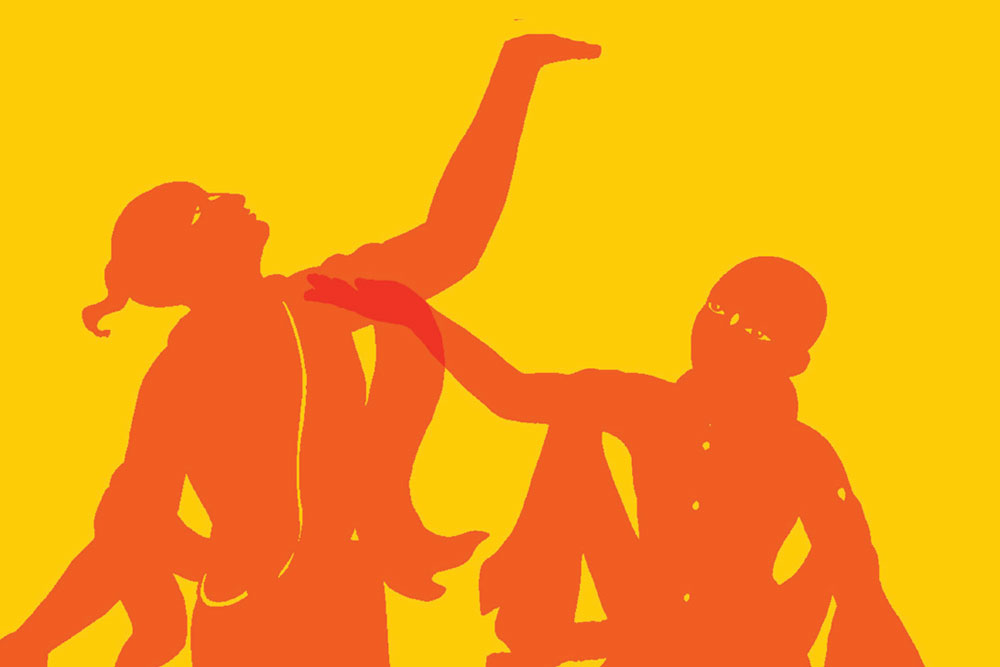 
RADHASHTAMI, TRADITIONALLY celebrated as the day of the appearance of Krishna’s consort, Radha, occurs on the eight day of the brighter fortnight of the Hindu month of Bhadrapad. This year it was observed on September 14th. Although scarcely known to a large section of Indians, it is celebrated on a grand scale in Vrindavan, where Radha is considered the queen and mother of the whole universe. In other parts of India, Radha is not even worshipped; in Maharashtra, for instance, the pair Vitthal and Rakumai (Rukmini) are more popular.

But in the Gaudiya Brahma-Vaishnava sampradaya, Radharani is the supreme deity as well as Krishna’s foremost devotee. As the emanation and manifestation of Krishna’s hladinishakti or joy-giving principle, Radha rules Krishna’s heart as well as Vrindavan. Winning her favour is, hence, the surest and most potent way to gratify the Lord himself. In fact, some Vaishnavas go so far as to say that none can reach Krishan except through Radha.

This year, I had the good fortune of witnessing the celebrations of Radhashtami at the International Centre of Krishna Consciousness-Bangalore’s mega project in progress, the magnificent Chandrodaya Temple in Vrindavan. When completed, it aims to be the tallest religious structure in the world, about 700 ft, and depending on how you measure a floor, 70 storeys high, with an architectural footprint spread across five acres.

The murtis of Krishna and Radha were decorated with flowers, bathed with many unguents, including milk, curd, ghee, honey, fruit juices and jaggery water, kirtans were sung, followed by a discourse and, of course, an offering of a feast of 56 delicacies (chhappan bhog) offered. It was a veritable flood of rasas or overflowing of the juices of life. This is the only day when devotees can see the feet of Radharani, which remain covered throughout the year.

Clearly, Sri Radharani is the highest embodiment of Krishna-bhakti or devotion to Krishna. But was bhakti, the rasa of devotion, which also engendered the resurgence and revitalisation of Hindu dharma throughout the length and breadth of the land, from Srirangam to Srinagar and Dwarka to Kamakhya, a part of Bharata’s original eightfold schema of rasa aesthetics?

I am afraid not. And yet it became the pradhana or principal rasa of medieval times, continuing its influence and dominance in the Indian universe of emotions, right up to our times. How did this happen? What were the poetics and politics of bhakti or devotional fervour and how did it save India from going the way of Iran or Indonesia when it came to the almost overpowering wave of Islamic conquest and rule on the subcontinent?

These are complex questions which have not been properly examined as yet. We have only started scratching the surface of the secrets of the survival of sanatana dharma in the most difficult and adverse of times. We must return to the Natyasastra to find clues if not answers to our questions on bhakti rasa.

Bharata categorically declares in chapter VI of the Natyasastra, “Without rasa, there is no cognition.” Cognition or the constitution of meaning has to be accompanied by a certain release of endorphins and positive affirmation. Conversely, we cannot learn when the lessons are boring or distasteful. Rasa, then, even if it stresses taste and savour, is actually a cognitive category. Given the brain-gut connection, learning and understanding something deeply, like eating a multi-flavoured and highly satisfying meal, results in what Emeran Mayer calls “a massive serotonin release” (The Mind-Gut Connection).

Food is information as is emotional nutrition that is afforded to us through art, literature, poetry, dance, cinema and so on. Mayer observes, “Ninety percent of the signals conveyed through the vagus nerve travel from the gut to the brain, while just 10 percent of the traffic runs in the opposite direction, from the brain to the gut. In fact, the gut can handle most of its activities without any interference from the brain, while the brain seems to depend greatly on vital information from the gut” (ibid).

What this means is that emotional stimulation, regulation and satiation through rasa aesthetics travel back from the brain to the gut, via the vagus nerve, leading to enhanced overall wellbeing. When it comes to rasa, what is true of tasty dishes and edibles also applies to the aesthetic emotions. As Abhinavagupta, the 11th century polymath and master of Tantra, affirmed, “Rather than being objectively known, it must be enjoyed to be understood.” Bhakti rasa is thus the means of both cognition and relish. In fact, by Abhinavagupta’s own standards, it is the one rasa that is truly alaukika or transcendental. Yet, it is still not properly considered a rasa by traditionalists and purists.


The major reason for the rise of the rasa of bhakti was Sri Krishna Chaitanya Mahaprabhu (1486-1534). Considered the conjoint avatar of Radha-Krishna, Chaitanya popularised the mode of Krishna-worship with ecstatic singing, clapping, dancing and nagar sankirtan or street chanting and dancing

In the last column we saw how aesthetic practitioner-theorists such as Bhatta Udbhata, Bhatta Lollata, Sri Shankuka, Bhatta Tauta, Bhatta Nayaka and, most importantly, Anandavardhana and Abhinavagupta advanced our understanding of rasa aesthetics. The last two, notably, established santa or the tranquil as the ninth rasa, arguing that it was the substratum and sublimate of all the others.

If so, how was bhakti also attempted to be added to the pantheon of Indian aesthetics? How did it rise to such phenomenal heights of fervour and savour in the Indian imagination so that both Hindus and Muslims participated and succumbed to its irresistible appeal, whether in kirtans or qawwalis? Later, we see similar methods of musical and devotional arousal among the evangelical churches in the American south, from where it spread to otherparts of the world, with its melodic stimulus from African- American tunes, tones and rhythms.

The major reason for the rise of the rasa of Bhakti was Sri Krishna Chaitanya Mahaprabhu (1486-1534). Considered the conjoint avatar of Radha-Krishna, Chaitanya popularised the mode of Krishna-worship with ecstatic singing, clapping, dancing and nagar sankirtan or street chanting and dancing. As a consequence, a tsunami of piety and elation inundated the land, reconsecrating the blood-soaked soil of India, which had been trampled underfoot by the hoof-beats of alien invaders.

Chaitanya propounded the bhakti-marg, the way of devotion already revealed by Krishna in the Gita, as the most suitable and easy for Kali Yuga or our “fallen” materialistic age. He also popularised the “Hare Rama-Hare Krishna” as the greatest mantra and the panacea for all our troubles. No wonder, his devotees and followers considered bhakti or fervent devotion to be the maharasa or the greatest rasa.

The first salvo on behalf of the bhakti rasa was fired by none other than Krishnadasa Kaviraja Goswami, born 10 years after Chaitanya, who also became his first biographer. In Caitanyacharitamrita (The Nectar of Chaitanya’s Life) (c 1557), he narrated in a mixture of Bangla and Sanskrit, the miraculous deeds of his master, interspersed with stories, philosophy, dialogue, teachings and instructions on spiritual life. For the last aspect, he stressed congregational worship through kirtan and the chanting of the Hare Krishna mahamantra.

In this famous biography of Chaitanya, he remarks sarcastically that Bharata somehow missed out on bhakti by focusing only on carnal love: “Bharata only knows the sentiment of love that pertains to the hero and the heroine equally; but even he does not know of the love found in Vraja, the love of gopis for Krishna.” This was the beginning of the elevation of bhakti to the status of a maharasa. In our own times, it was one extraordinary preacher-missionary in Chaitanya’s Gaudiya Vaishnava lineage, Srila AC Bhaktivedanta Swami Prabhupada, who took bhakti to the West, singing and dancing in the streets of major cities in the Western world from San Francisco to Moscow, New York to Sydney, London to Copenhagen.

We shall see next time how bhakti rasa played a major political role in saving India and Hinduism during Muslim rule.