Alarm bells are already ringing in Washington and London 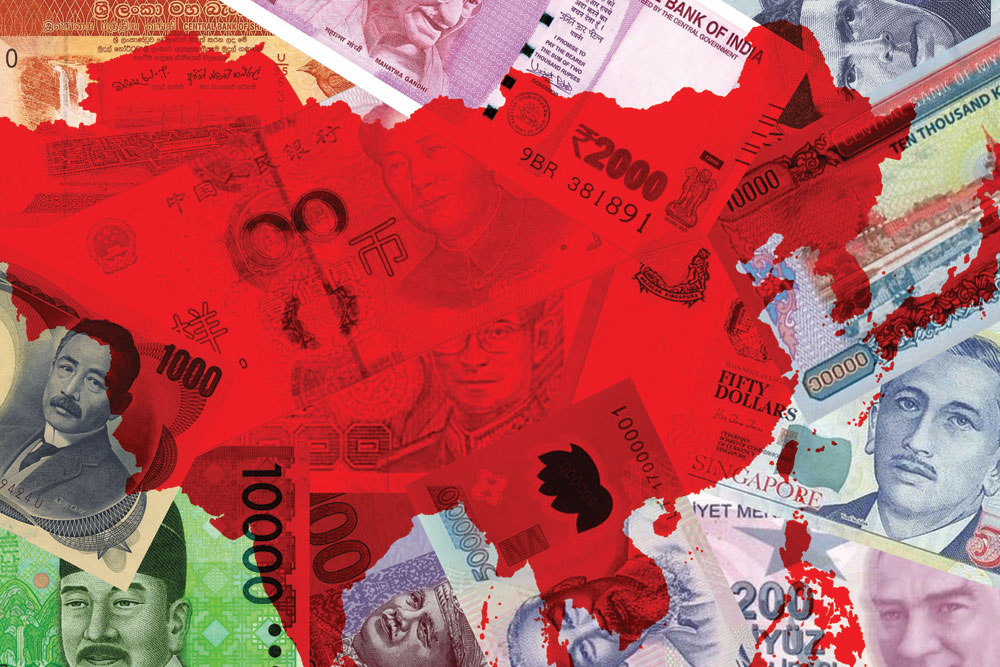 China ($59 billion) and Japan ($44 billion) didn’t make the cut. The top four nations were European or of European descent.

Does this matter? It does on several counts. The balance of global power will shift from the North Atlantic to the Pacific and Indian Oceans. Before 1700, there were few nation states. The US was a nameless smattering of British colonies. The UK did not exist until 1707 when the Acts of Union merged the kingdoms of England and Scotland to form the United Kingdom. Germany was a collection of Prussian principalities. They would be unified as Germany only in 1871.

Then came the great divergence. Within 200 years, the gap in per capita income between Europe and Asia had widened exponentially. Europe used science, the Industrial Revolution, colonial plunder and the transatlantic slave trade from Africa to the Americas to build advanced infrastructure and prosperous societies. Asia was left far behind.

By 1900, the US, the British Empire and a resurgent Germany were the world’s three largest economic powerhouses. Their resources allowed them to lead the world in science and technology, civic infrastructure, education and healthcare.

In 1960, the West reached its apogee. Colonial dividends and fortunes made from slavery were gone but invasive Anglo-Saxon settlements in Australia, Canada and New Zealand allowed the Anglosphere to control the global narrative.

The Bretton Woods institutions—the World Bank and the International Monetary Fund (IMF)—ensured that the tight Western grip on the global financial system would not loosen.

But like all things that don’t have honourable provenance, Western domination, too, had an embedded expiry date. In 1960, this seemed an outlandish thought. After all, India and China were mired in poverty. Japan was effectively an American protectorate. The Soviet Union, which had helped win World War II for the allies, was a Cold War threat but not a major economic power.


For the first time in over 300 years, not a single European economy will feature in the top four by 2027. And for the first time too, three of the world’s four largest economies will be Asian. The balance of global power will shift from the North Atlantic to the Pacific and Indian Oceans

Few thinkers in the West imagined the threat to Euro-American hegemony would come from China, Japan and—least of all—India.

Six decades later, they recognise how wrong they were. In the early 2030s, China will overtake the US as the world’s largest economy. The top four economies will be, in descending order: China, the US, Japan and India.

The geopolitical consequences will take time to play out fully. But alarm bells have started ringing in Washington and London.

On July 6, in an unprecedented move, the heads of America’s FBI (Christopher Wray) and Britain’s MI5 (Ken McCallum), for the first time in their history, delivered a joint public address on the “Chinese threat”. MI5’s McCallum said: “Today, we’re running seven times as many investigations [on China] as we were in 2018. Hostile activity is happening on UK soil right now.”

FBI’s Wray added: “China’s actions are complex, enduring and a pervasive danger. The Chinese government’s hacking programme is bigger than that of every major country combined.”

China is obviously a toxic power. The West’s concerns are legitimate. But Beijing is today preparing to do exactly what FBI, CIA, MI5 and MI6 maliciously did for a century: destabilising sovereign nations, subverting governments and waging destructive wars. China has been a good student of the West.

Nonetheless, as this century unfolds, the future is clearly Asian. Hard power (military and economic) and soft power (media and culture) have long resided in the Anglosphere: from The Beatles and Harry Potter to CNN and Hollywood. It will take time for Asia to replace both the hard and soft power that has governed the global narrative for a century. But the process has begun and its pace is quickening.