The conjoined universe of the masculine and the feminine 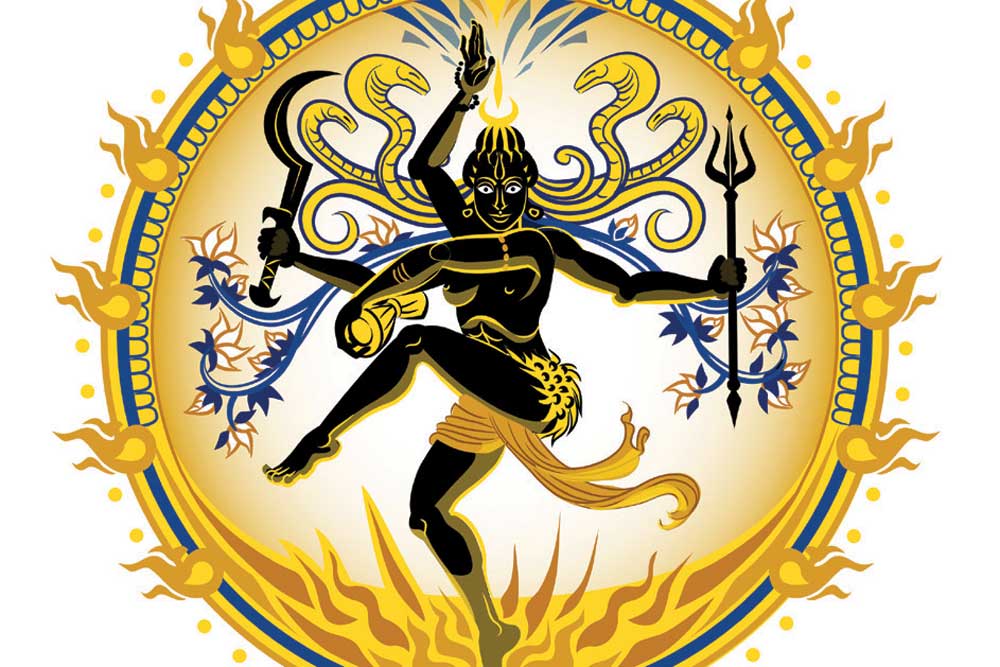 
FROM THE SHIVA PURANA, I will continue with what Upamanyu told Krishna.

Upanmanyu said, “Just as a body has the atman inside, everything spoken about in the universe is pervaded by Shakti. Everything in the universe, mobile and immobile, is full of Shakti. Kalaa (Time/Destiny) is the supreme Shakti of the paramatman. Therefore, she is Para Shakti and she follows Ishvara’s wishes. It has been determined that she creates everything in the universe, mobile and immobile. Ishvara presides over the universe and pervades it eternally. He possessed the three Shaktis of Jnana, Kriya and Iccha. “It shall be this way.” “It shall not be this way.” Such statements are reflective of Mahesha’s Iccha Shakti and they constantly restrain action. Jnana Shakti is established in the form of intelligence and decides the true nature of cause, effect, instrument and need. Kriya Shakti is established in the universe and carries out what is desired. In the form of resolution, it conceptualises the task and the moment when it is to be performed. Para Shakti is the one who follows the dharma of giving birth. Indeed, when these three Shaktis have arisen, this creates the entire universe. Such are the Shaktis and Shiva is spoken of as a union of the Shaktis. Originating as a result of Shakti and the one who possesses Shakti, the universe is full of Shiva and Shakti. Without both the father and the mother, a son is not born. In that way, without Bhava and Bhavani, mobile and immobile entities would not exist. The universe originates from the masculine and the feminine. Therefore, it has the masculine and the feminine within it. It is a consequence of the powers of masculine and feminine. Both masculine and feminine are established in it.”


Originating as a result of Shakti and the one who possesses Shakti, the universe is full of Shiva and Shakti

“Bhagavan Isha is the one who enjoys objects and Parameshvari is the object. Everything that is heard is Uma’s form and everyone who hears is the one who wields the excellent trident as a weapon. Everything that is worthy of being asked is supported by Shankara’s beloved. Everyone who asks is the one whose atman is in the universe, the one who wears the crescent moon as an ornament. Everything seen, everything spoken about and every object with form is his beloved. The one who perceives is the divinity Vishveshvara, the one who wears a slice of the moon as his crest jewel. Everything with taste is Mahadevi and Deva Shiva is the one who savours the taste. Everything loved is Girija and the one who loves is the one who imbibes the poison. Everything worthy of being thought about is always supported by Devi Maheshvari. The one who reflects is Mahadeva Maheshvara, whose atman is in the universe. Everything worthy of being understood is supported by Bhava’s beloved. The one who understands is the divinity, Bhagavan Chandrashekhara. In everything with life, Bhagavan, the lord who wields Pinaka, is prana. In everyone, in the form of water, Ambika ensures that prana exists. All kshetras are Devi, loved by the destroyer of Tripura. They are supported by her and Bhagavan, the Destroyer, is kshetrajna. The day is Deva, who holds the trident as a weapon, and night is the one loved by the one with the trident in his hand. The sky is Deva Shankara and the earth is Shankara’s beloved. The ocean is Bhagavan Isha and the shoreline is the daughter of the Indra among mountains. The tree is Deva Vrishadhvaja and the creeper is Vishveshvara’s beloved. Bhagavan, who chastised Tripura, supports everything masculine. Devi, who charms Deva, supports everything that is feminine. Sharva’s beloved supports all the different groupings of words and Chandrashekhara supports the meanings of all these words. Every object is Maheshvara and every Shakti in an object is Devi Vishveshvari. Everything supreme, pure, sacred and auspicious is said to be an expansion of the energy of those two immensely fortunate ones. When a lamp is lit, its flame illuminates the entire house. Like that, their energy pervades and illuminates the universe. The supreme shruti texts say that starting with a blade of grass and ending with Shiva’s image, everything known in the universe originates because of contact with them. They exist in the atmans of everyone and ensure every kind of welfare. They must always be worshipped, revered and thought of.”

“O Krishna! According to my wisdom, I have told you about the innate nature of Paramesha and Parameshi. But I have still not completed. Who is capable of speaking about the innate nature of Paramesha and Parameshi? It is beyond the perception of the minds of those who are great. It is in the minds and hearts of those who have dedicated themselves to Ishvara and Ishvari. However, for those who have not done so, it does not exist in their intelligence. The powers that have been spoken about are said to be beyond Prakriti. Those who know about secrets know about the secret and the supreme, beyond Prakriti. The supreme powers of Parameshvara are beyond Prakriti and cannot be grasped through words, thoughts or the senses. He is the supreme refuge. He is the supreme destination. He is the supreme achievement. Parameshi’s powers represent that. To obtain that, there are those who have endeavoured to control their breath and conquer their senses, sealing all possible entry into the prison that is a womb. If one understands about the powers of Shiva and Shivaa, one is never scared. One obtains the medication of mritasanjivani, an antidote to the virulent poison that is samsara. If a person understands the tattva about their Para and Apara powers, he goes beyond the Apara powers and obtains the Para powers. I have thus spoken to you about the true nature of the two paramatmans. This is a secret, but since you are Bhava’s devotee, you are worthy. It is the instruction of the Vedas that the powers of Isha and Ishi should never be spoken about to those who are not disciples, or to those who are not Shiva’s devotees. You should speak about it to those who are like you, not to others. If a person reveals the nature of Shiva and Shivaa’s powers to those who are worthy, he is freed from the ocean of samsara and obtains sayuja with Shiva. If this is recited, crores of great sins are destroyed. The mind turns towards Shiva and truth flourishes. If a person possesses supreme devotion towards Shiva, along with Amba, the followers and the attendants, he obtains welfare and everything else. As a result of former karma being strong, if the fruits are not realised, it must be recited repeatedly.”