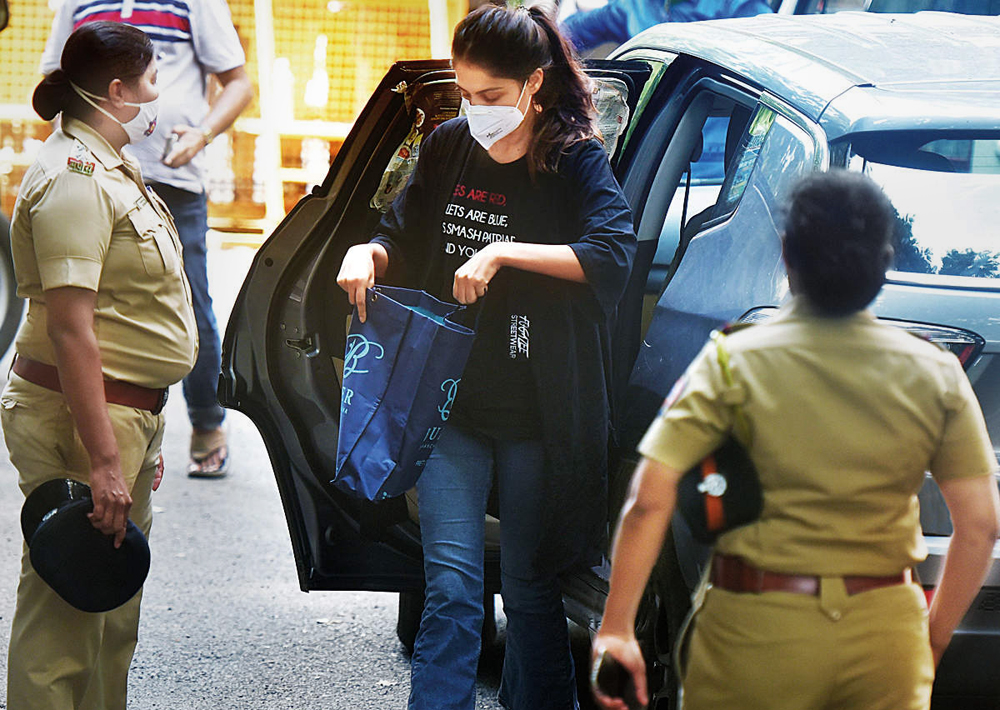 An odd analogy perhaps. But watching old Hindi films with their Urdu-inflected polite speech and the exchange of courtesies between lovers and friends one is hit somehow by an odd sense of loss and by the harshness of our present times and of the worlds we now inhabit. The harshness of words, of feelings, of the lack of empathy and respect, and the trumping of hate. In the midst of a raging pandemic, when our social media and virtual lives have almost surpassed our own real selves, we, as a society have nailed the last nails in the coffin of civility. Our political leanings and our ‘isms’, and, most significantly, our supposed feminism have now taken on the appearance of war-sharpened weapons. To shame the other is now the name of the game.

Public opinion in the country has become sharply polarised ostensibly around the death of Sushant Singh Rajput and subsequent developments calling for a cleanup of drugs and nepotism in Bollywood. Opinions have been sharp and divisive, and hate speech has been fairly common. In reality, though this is a very significant turn in our larger public culture, something that has been in the making for some years now and has really climaxed post-SSR. It is a public culture of tearing down the edifices of respectability, of not mincing any words and of rabid emotions and sentiments that are symbolic of a new populism wherein everybody who exists has a voice in any and every matter, and a voice that must be sufficiently vitriolic to be heard over the ongoing din. It is now also war over the larger issues of entitlement between those social sections which are sufficiently ensconced and those that are, in reality, aspiring to be a part of those very same echelons. And in all of it, bitterness and high drama has stolen a march over what used to be a matter of dreams and aspirations.

That is not to say that one should not speak out loudly on issues of drug abuse, unjust bias or sexual harassment. One must be as loud as one possibly can, but that loudness can go farthest only and if only it is backed up by honesty, accountability and sufficient clarity. The present babble of voices that’s reaching us from high and low and from any and every corner does not, in effect, give evidence of that accountability or clarity.

For instance, take the curious case of the in-your-face feminism of the lady that’s now at the centre of it all. The A-lister who is well known for voicing her angst against the injustices of the film industry and who has now actually displaced Sushant Singh Rajput himself in the entire raging controversy. The lady in question has in the past quite fearlessly spoken up about the nepotism and bullying that exists in the film industry. When she spoke out against a few families controlling the Bollywood industry and frequently making it a trying place for newcomers, she spoke with a clarity that comes with conviction, a conviction that comes from fighting for your place in the world, and one that must be a marker of true feminism. Yet, that very same feminism took an exact opposite turn when that same lady took a dig at a colleague for her criticism of her, and for being from an opposing political party, by calling her a ‘soft-porn’ actress. Not only was it uncivil and aimed at shutting up an opponent with vitriol, foreclosing any reasoned debate, but also it was the farthest it could get from any kind of feminism. Why is it so abominable to be a ‘soft-porn actress’, or an adult star? Where indeed does the acceptable end and soft-porn begin? Who makes these codes of acceptability? The one with the loudest voice, it seems here. In the whole process the very successful actor in question has garnered enough and more followers on social media, who vie with each other to match her in their rhetoric, but will such jibes stand the test of a sustained and sane conversation? Provided the other side is allowed to speak even.


And it has been the case of the loudest din eclipsing everything else. The din of voices that hunts its opponents down with ruthless mockery and hate. Wherein a parliamentarian who has also been one of the finest actors of Hindi cinema is trolled as ‘an old aunty’ and as being nothing more than the wife of a superstar. There are many such voices, hate-filled and lacking perspective or clarity, for that matter. But still these voices have their listeners, making for online communities that thrive on hearsay and conspiracy theories. Kindred spirits that believe they must now hit out at purported evil with all the force that they can muster.

These vigilante kind of communities now carry a tremendous power (they drive TRPs and top news anchors pander to them) and they cut across social divides for that matter, their singular objective being to pull down and destroy anybody they deem as unworthy of the prosperity, comfort or social standing that they enjoy. They shall not be spared, say the self-appointed and self-righteous, their dirty secrets shall be brought to light before the world. And relentlessly and untiringly they carry on, and one suspects, it is not wholly for the overnight visibility and voice that it has given to them. But possibly also because they really do believe in this mission to cleanse and purge, which now gives them their purpose in life.

A psyche that is terrifyingly reminiscent of the purges of the Jewish people undertaken by the Nazis. While our present-day vigilantism has played itself out in TV newsrooms and on social media, it is quick to brandish the good of the nation as its singular driving force. And wherein, the above mentioned self-proclaimed feminist Bollywood actor claims to have served her own thali in the Bollywood film industry with offerings of patriotism and women-centric films. The women in this narrative of the nation are of course Hindu women.

The said vigilantism is but an extension of the larger and ongoing mission to purge the nation of proclaimed anti-national activities and elements, wherein a majoritarian voice clamps down on and silences other voices with its feverish and fervent pitch for national integrity, conformity and purity. A call for integrity that necessarily assigns very specific roles to men and women at large, to citizens and to the culture industry. The Bollywood industry which has historically been a melting pot of people from diverse social and religious backgrounds, and wherein identities tend to become fluid, blurred and more inclusive, has now, in the wake of the death of Sushant Singh Rajput, taken on the face of this anti-national evil. And which must now be purged of its licentiousness and orgies, and its abusive practices, to become a seat for the churning out of suitable capsules of desh bhakti.

Such abusive practices have been serially offered by the vigilantes. Though unrelated to the death of Sushant Singh Rajput or the ongoing drug investigation, they have been thrown up as a reminder of Bollywood’s past deceit and anti-national propensities. The employment of Pakistani actors and other artists stands as an important reminder, of course. And for that creative liberty a top producer-director has, in the past, had to apologise and publicly flog himself. And, in the context of the ongoing saga, a recent film made against the backdrop of the Kargil War with a female protagonist, which supposedly portrays the Indian Airforce in bad light, has been invoked as another clinching evidence of Bollywood’s duplicity. Yet, the debate over history and its depiction in films in not new. When a debate had erupted over the distortion of history by the 2005 film Mangal Pandey: The Rising, voices from across the spectrum batted for the filmmaker’s liberty to portray his characters, and the point was repeatedly made that popular cinema is not history.

Returning to the ongoing drug investigation which takes a new turn by the day, top names of Bollywood are being named by news channels in sensational revelations. It might be that Bollywood’s top female A-lister will soon be summoned by the Narcotics Control Bureau, if the reports at the time of writing this article are to be believed. And in that context, a few things are to be remembered here. Bollywood, which has been synonymous with the Khan triumvirate since the 1990s, has been one of the country’s few bastions that by virtue of its soft power has not wholly buckled in to the mandate of Hindu nation. And even when forced to back down, as in the case of the Padmaavat row, has resurged and reasserted. Such bastions of soft power stand as a threat to the majoritarian narrative of the nation that seeks unfailing and unquestioning obedience, and unbridled antagonism of anybody that this narrative brands as national enemies. Significantly, now, such bastions are being called out, one by one, for their anti-national activities, and in Bollywood’s case it is the ongoing drug investigation that could make an example of it.

As the enquiry into Bollywood’s drug use and drug cartels moves forward, the film world now is being screamed down by news anchors and their opinion givers as the place of big money, easy sex and evil deeds. And it is strategically posited against the Bihari identity of Sushant Singh Rajput, who, it is said, was sent to his death by this dark world. A place of darkness that rightly deserves the hate that it is now receiving on social media. This ongoing Bollywood saga post-SSR has made the already thriving practice of hate now the done thing, because after all it is propelled by a righteous public outrage. There is here no room here for the civil hearing out of any defences or arguments, as have been made out by those that have dared to speak out in the industry’s favour. The branded anti-national must be combated, hurt and hopefully destroyed, for having dared to look the dominant nation in its eye. And without doubt, the constant searching out and taking down of such anti-nationals will be exercises in political credibility, when much else is floundering.