In Search of the Ideal Number

Population and development have been inextricably linked in ancient and contemporary thought. But is there really an optimal population size? 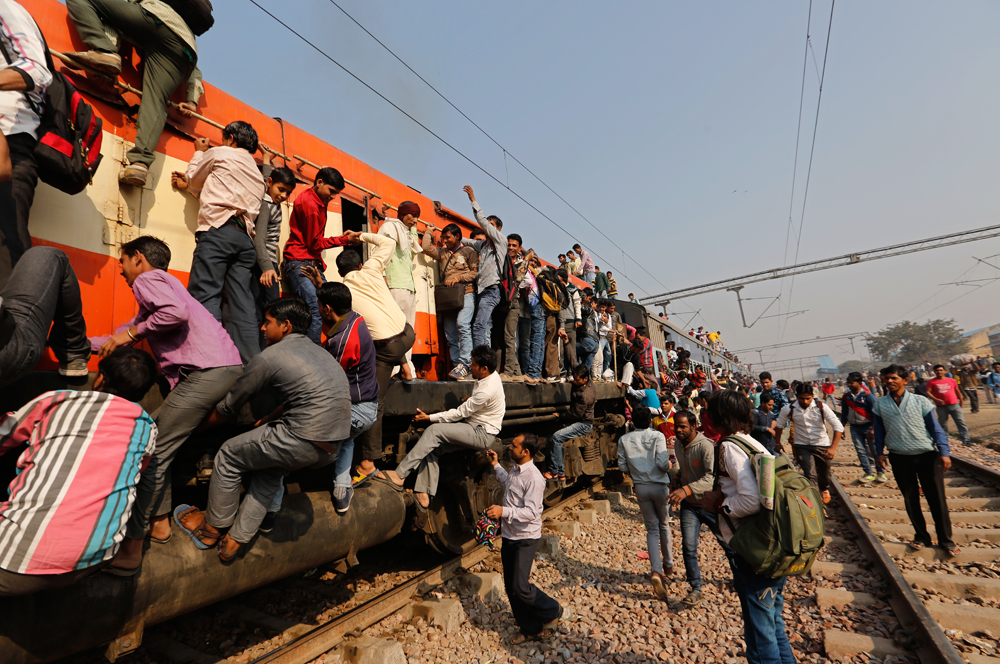 Population theories can be both alarmist and reassuring. Countries with fertility below replacement levels (say two children for each woman) worry that suddenly everyone will turn grey and the streets will be filled with people hunched over walking canes. Here, some blame the fall in fertility on ‘women who are not fulfilling their role of having children’. Countries with higher fertility levels complain that there are too many mouths to feed and point to ‘those women—usually from the poor and marginalised sections of society—who are having too many children’.

But what is the optimal size of a country’s population? Is there a role for a ‘policy-directed’ intervention? And do we know what that magical optimal number is?

Throughout history, this very question has consumed economists, philosophers, policy-makers, and lately, the public in general. Population and sustainable development have been inextricably linked in both ancient and contemporary thought: from Aristotle’s argument for state-sponsored birth control to maintain social order to Karl Marx’s belief that mankind’s greatest adversity was unequal wealth distribution. In 1969, the United Nations member states approved the creation of a UN Population Agency or the UNFPA, which would assist governments in their efforts to ‘control’ population growth. Twenty-five years later, in 1994, at the landmark International Conference on Population and Development (ICPD), 179 member states approved what became known as the ICPD Programme of Action. By then, there was a growing realisation of the complexity of the population issue and the need to take a holistic, life-cycle approach that would take into account determinants of peoples’ decision-making on matters of family size. Hence the emphasis on universal access to education and to sexual and reproductive health services, so that women, girls and young people would be able to make informed choices about if, when, and how many children to have.

If a burgeoning population exerts pressure on the ability of countries to provide universal access to health, education, housing, sanitation, water, food and energy, then unequal distribution of resources too, adversely affects population dynamics. Given this equation with the very determinants of the quality and the future of our lives, population policies occupy a central role on every government’s agenda.

India’s population story has known different stages with different approaches tried—from a state-funded population control programme launched in 1952, to a target-free and voluntary approach today. India was a key player at the 1994 ICPD in Cairo and has since adopted its Programme of Action as a guide for national family planning programmes.

INDIA’S POPULATION has quadrupled over the last century to reach 1.3 billion people. According to the United Nations 2019 World Population Prospects, India will surpass China, to become the world’s most populous country in 2027. The big question remains: Is this good or bad? A challenge or an opportunity?

The pressure that an inordinately large population exerts on development and economic growth is certainly a cause for worry. But looking to the future, India’s population is already on route to start declining. A detailed analysis of the country’s population trends show that although the absolute population numbers are increasing, the pace of population growth has been slowing down over the last few decades. The 2011 Census revealed a notable reduction in the population growth rate; in fact, the percentage of growth from 2001-2011 registered the sharpest decline since Independence. Additionally, during the period 2001-2011, as many as 25 states and Union Territories, accounting for almost 85 per cent of India’s population, registered a population annual growth rate of less than 2 per cent. Projections show that the collective population growth rate will fall to below 1 per cent after 2021, below 0.5 per cent by 2041, and remain very low after 2051. In 2060, the country’s population will reach its peak and then slowly begin to decline. This pattern follows the steady decline in Fertility rates throughout the Country, with southern states leading the way.

What of the 1.3 billion people? The answer lies in this enormous figure itself. Harnessing the capabilities and skills of India’s 365 million young people should be the driver of its growth and development. Today, European countries and some closer to home in East Asia wish they had more young people. But the policy needed to capitalise on this youthful workforce needs to be drafted with a microscopic view, keeping in mind every state’s individual population dynamics. This is because the window of demographic dividend (the period during which the greatest proportion of people are young and in the working-age group) varies significantly from state to state and a ‘one size fits all’ strategy will simply not work.

When India’s states are clustered together in terms of fertility levels, what emerges is a predominantly youthful north and a maturing south and west. Of the 628 million that will be added to the population during 2001-2061, two-thirds will be only in six north-central states. Uttar Pradesh and Bihar alone will add 270 million. Compared to this, the four southern states together will add only 50 million in the same period. Based on these future estimates, the north-central region will soon be the reservoir of India’s workforce. Thus the key lies in noting these variations and adjusting policies and investments accordingly. While in the south policies need to focus on ageing issues and facilitating in-migration to fill any labour-force gap, the north should focus on addressing rights-based healthcare, with access to sexual and reproductive health services, quality education for both girls and boys, skills development and job creation.

This investment in the young will ensure economic prosperity for the entire country in the years ahead. At the same time, India needs to be careful that the wisdom and experience of its ageing workforce is not lost. The 1992 Madrid Conference on Ageing provides clear guidance on how best to enable a life of dignity for the elderly. Finding ways to engage those beyond retirement age to transfer knowledge to the young while attending to their more special needs for health and an easier-paced lifestyle ensures a smooth and harmonious society.

EXPERIENCE FROM elsewhere, and even from within India, has shown that equal socio-economic development automatically addresses population concerns. When girls and women are educated, are in good health, and can participate in the labour market, they invariably choose to have smaller families. So the trick is ‘informed choices’. While policies provide a legal framework for entities to provide services and allocate budgets, we have seen that they do not adequately address softer issues such as son-preference, because many still associate wealth generation and financial stability with a male offspring. With the visible change in the role of marriage for a person’s wellbeing, more people and girls are choosing to marry later or not at all. If a family is financially secure and aware that girls too can be income generators, there will be no compulsion to continue having more children.

Examples from within India, say Kerala and Tamil Nadu, further validate the fact that fertility rates can be addressed by making education, health and social services available and accessible in a rights-based manner. More significantly, it shows that empowering women to make voluntary, informed choices, is more successful and sustainable for family planning initiatives than coercive or target-centric initiatives. Unaware and uneducated individuals often end up with a contraception method they are not comfortable with and this in turn gives family planning a negative connotation in the community. For example, an analysis of NFHS data on permanent sterilisation in India has noted around 7 per cent women (in 2015-16) regretted their decision. So it is not just enough for family planning to be accessible; individuals also need adequate counselling and information to make educated choices. Several global champions for quality education have spoken about its positive impact on an individual’s mind, life and choices. Azim Premji, the founder of Wipro, has in fact been quoted saying, “A girl child who is even a little bit educated is more conscious of family planning, health care and, in turn, her children’s own education.” Such is the power of knowledge.

In conclusion, population size cannot tell the whole story. A country can have a very small population and still be very poor. Or have a large population and be equally poor. Rather, policies tailored to the specific demographic context, and concerted investments made towards quality education and health, including sexual and reproductive health services leave a greater impact. As the full potential of every girl and every boy is unleashed, then, and only then, will a country attain the much dreamed of future where no one is left behind.

In Search of the Ideal Number