Have we become a nation of shouters? 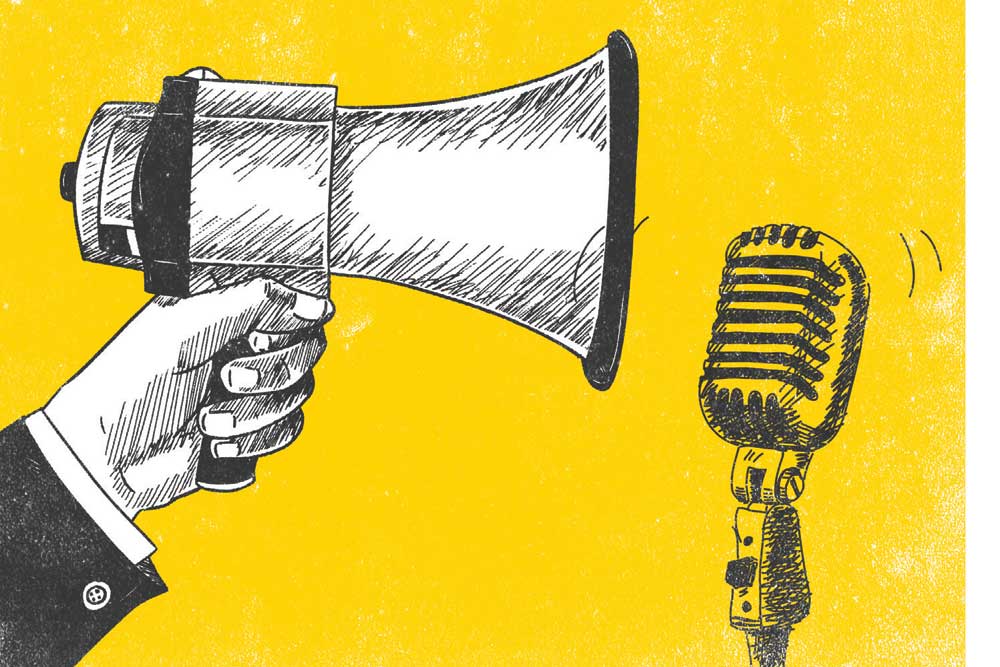 THERE IS SOMETHING distinctly wrong with us as a country. It is now unbearable but then we have no choice. From a nation of shopkeepers, we have become a nation of shouters. I don’t know what there is in the Indian diet that gives us such loud voices and the impunity to speak at a deafening pitch. Look around and you will hear loud people. From fine dining restaurants to parks to airplanes to railway compartments to schools and even homes. Even people manning call centres shout as if you were deaf or using a faded hearing aid. Is there something in our primary education? In our breeding? In our DNA? In our civilisational legacy which makes us shout for the smallest things?

Hotel lobbies have louts who are shouting; hotel gyms have screeching music that would put a tenor to shame; hotel spas have music playing at decibel levels that would destroy your sanity. Every Chinese restaurant plays the same instrumental music hoping you’d imagine you’re in Beijing, but actually reminiscent of Bhendi Bazar. I guess the Birlas understood it right. When they were manufacturing the Ambassador car, they made sure everything in the car made a noise except for the horn so that you wouldn’t abuse the horn.


They were playing the movie at decibel levels that would drive you nuts. The manager told me if you reduce the volume, people object. I told him even if he were to reduce it by three notches, it would still be audible. He replied many people come to the cinema with their spouses and don’t want to hear their ‘khich-khich’

We got liberalisation in 1991; then came the internet boom; then came successive prime ministers; then the IPL; followed by scams; then came Modi: a lot changed except sound levels. Go to a cinema hall and you need earplugs. I rarely go to a cinema hall but on the one occasion I did, I couldn’t hear myself breathe. They were playing the movie at decibel levels that would drive you nuts. I asked for the manager and he then told me if you reduce the volume, people object. I told him even if he were to reduce it by three notches, it would still be audible to which he replied with pithy humour saying many people come to the cinema with their spouses and don’t want to hear their “khich-khich”: crafty explanation for a prospective burst eardrum.

I have often wondered why is it that we shout so much? I can understand shouting on TV because if you are one of the 11 panellists, the only way you can be heard is if you shout. Or get noticed if you go to sleep during the live programme. Most television anchors must either be on drugs or on Benadryl if they can sustain their SQ (shouting quotient) evening after evening. We all remember what one former president did to an anchor who kept shouting the questions out to him rather than asking him politely. I always thought we had far too much shouting on English news channels till I appeared on Hindi channels. We have nine rescue dogs and each one of them went nuts. It was obviously the decibels and not the content that left them both stirred and shaken.

Why is it that many louts board flights in India and start watching some ghastly show on their ugly mobile devices without using ear plugs? Morning flights are even worse. Between trying to decipher their seats since literacy hasn’t taught them to read a boarding pass and then finding their seats, they are playing religious hymns. I don’t want to get on to the mosque issue but then if five times a day you are woken up by someone who’s saying things you don’t understand, it is a trifle inconvenient. I guess it’s the same for all religions who use microphones to herd their flock.

Go to a stadium and see the levels of noise there. It’s a miracle that our cricketers can actually play the game in India. Imagine you’re fielding at the boundary: the chances are more people will either tell you what to do or, if you are in Kolkata, be discussing their lunch order. Not to mention getting into a fight over which stroke should have been played?

Finally, look at our myriad temples of democracy: be it Parliament or state legislatures: earlier, they would know how to speak into a microphone, but see them now (if you have nothing better to do): it’s almost as if they are asking the microphone to move up to their chapped lips rather than adjusting the damn microphone, and what does this lethargy or idiocy lead to? Shouting again.

We have moved as a nation from being one of speakers to now of shouters. Whither civility?