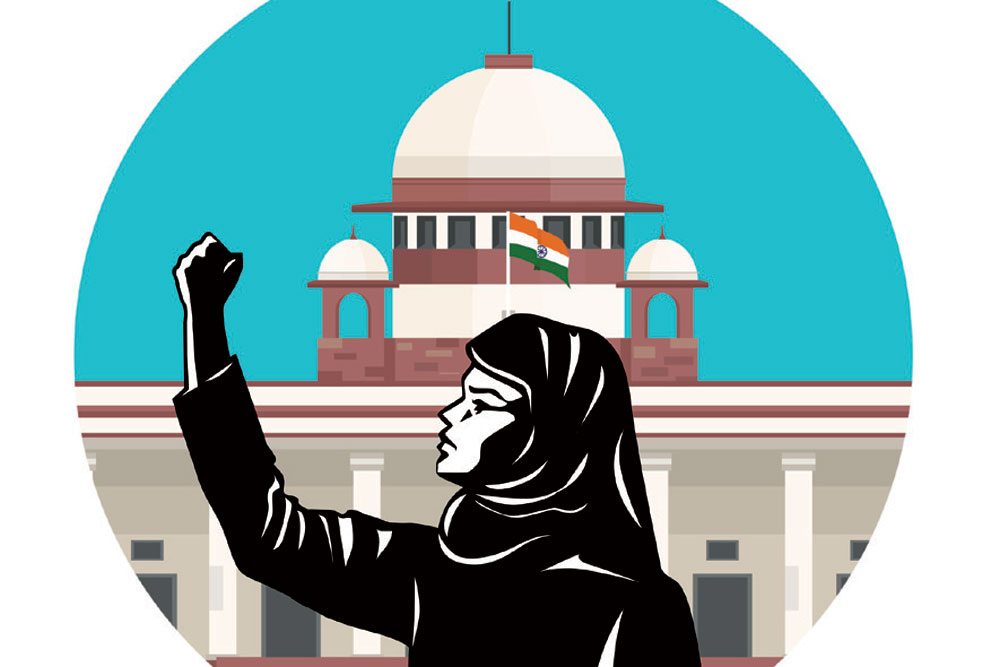 
THE SHAHEEN BAGH gathering is by now a cause célèbre in certain sections. Often hailed as the ‘awakening’ of people against an ‘unjust law’, the so-called protest is now a purely religious gathering opposing a law passed
by Parliament.

On February 17th, the Supreme Court dispatched two senior lawyers to the site to “to make the persons at site see reason.” A bench comprising Justices Sanjay Kishan Kaul and KM Joseph in its order said that, “Our concern is more than this matter alone, as there may be persons of different points of view who may tomorrow seek to emulate this protest, such scenario only leads to chaotic situation. This must cease on public ways everywhere.”

The court has dealt with the matter as any judicial forum would by seeking to ‘balance’ the interests of the two sides, the petitioner who has been inconvenienced by the blocking of a major road in the national capital and those of the protestors. But by sending ‘interlocutors’ to the site, the court effectively handed a carte blanche to the protestors and severely weakened the options of law enforcing agencies. It was reported in The Indian Express on February 20th that one of the lawyers, Sanjay Hegde, had said” “…as long as people like you take the Constitution and move forward, is desh mein azadi barkarar rahegi (freedom shall sustain in this country).”

It is unlikely that protestors will move away and end the blockade while they are pleaded with in this manner. In any case, they have made it clear that their demand is a repeal of the Citizenship (Amendment) Act, 2019, a law that does not affect them as citizens in any way.

At the root of the problem is India’s licentious fascination with the idea of ‘dissent’. The Constitution gives no such right, contrary to loud proclamations. There is a right to assemble peaceably and without arms but that is subject to a restriction imposed for maintaining public order. The whole idea of the Shaheen Bagh gathering is to upend public order by encouraging similar protests elsewhere in India to force the hand of Parliament into repealing a duly enacted law.

In the melee to proclaim dissent as a ‘fundamental right’ (no less!) questions about the quality of dissent have been wholly ignored. For example, what is the rightful role of dissent in a democratic country where governments are manned by elected officials? The so-called right gets amplified in situations where representation ceases or is badly curtailed. India is the polar opposite of those cases. Minorities have constitutional rights that are not only protected but are fully operational. But what Shaheen Bagh represents is a throwback to a time when minorities had a veto over any issue that affected them even remotely. The loss of that veto and the resultant pique has now taken an anarchic form. Stone-pelting at the police from a university campus, blockades on roads and a virtual demand for azaadi now serve as an alternative to that veto.

As a result, this comes close to seeking anarchy and is nowhere near a peaceful assembly. Superficially, the gathering appears ‘peaceful’ but it has done enough to incite other people by means of provocative slogans and ideas that a government can be brought to its knees. Unfortunately, by its approach, the court may end up emboldening the people at Shaheen Bagh even if its order makes it clear that it is concerned with protests erupting elsewhere.

But here a word of criticism of the Government is in order. The matter ended up in the Supreme Court after legitimate demands of citizens suffering because of the blockade were not resolved by the Government. In the absence of the Shaheen Bagh crowd reaching out to elected leaders—even after Union Home Minister Amit Shah said he was open to talking with them—it is a simple law and order problem. To couch it as ‘democratic protest’ is a travesty. The Government should have woken up much earlier and cleared the gathering, if necessary, by force.

India has a great tradition of finding a ‘middle way’ to resolve issues that have seemed intractable. Solutions of that kind—and the apex court is trying that path—work when the two sides find some common ground to work on. The Shaheen Bagh crowd has a maximalist position from which it is unwilling to resile. There is no reason why the ‘others’—law enforcers and suffering citizens—should plead with an obdurate crowd.

A Trade Wind from Australia