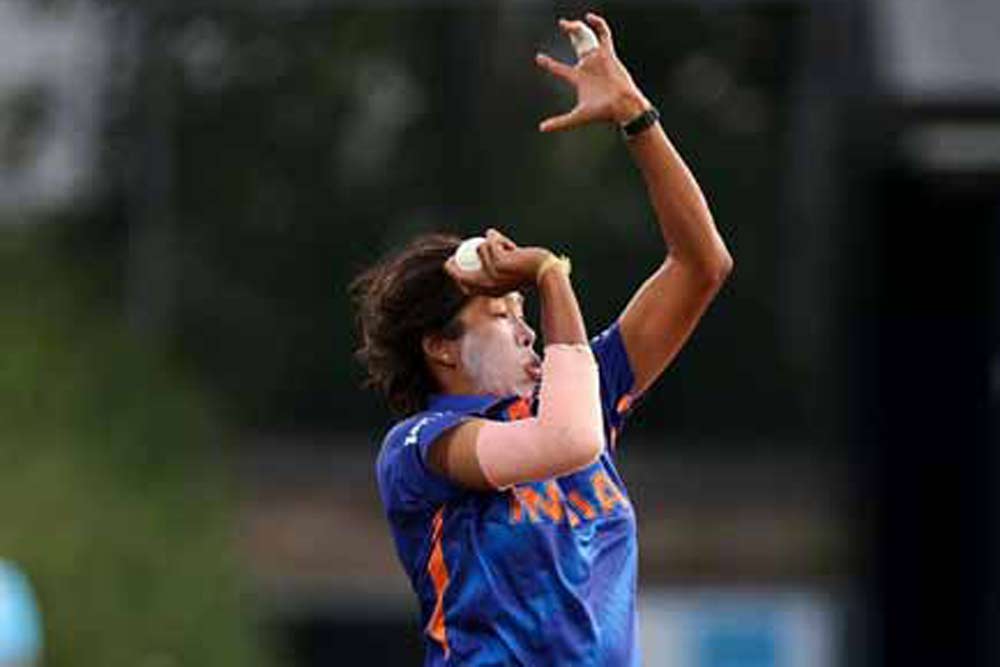 
As I sit down to write, India’s World Cup campaign is on a knife-edge. They need to win their last two games and also focus on the net run rate to be able to make the semi-finals. Inconsistency and the inability to defend good totals have impacted the team hard and the pressure, needless to say, is mounting.

It has always come down to that one crucial game for India in 50-over World Cups. In 2017, it was against New Zealand that India played a virtual quarter-final. And the Indian girls stepped up when it mattered. A Mithali Raj 100 and a Veda Krishnamurthy classic ensured India were in the semi-finals after some hiccups on the way. The script seems to be unfolding in a very similar manner in 2022. India will now have to win against South Africa to stay in the reckoning.

It isn’t impossible. Rather, I would back the Indian team to win against South Africa and stage a comeback. While they have been inconsistent so far, we have seen in patches what they are capable of. Against the West Indies, it was a complete team effort while against Australia it was a very good batting performance in the end. And that’s what brings me to Jhulan Goswami. India will need its greatest bowler ever to stand up and be counted in the last game. In 2017, Goswami wasn’t bowling well at the start of the tournament. So much so, she urged the coach to bench her if he so wished. On the way to Derby, she sat on the front seat of the bus discussing her future with the coach and went on to suggest that she be dropped in the interests of the team. That’s the real Goswami for you. A perfect teammate and a true legend.

“Yes, I was not bowling well and more importantly not picking up wickets for the team. As a senior player it is my job to give the team crucial breakthroughs and that’s what I was not able to do. Deep down my frustration was building. It wasn’t about any lack of effort. Rather, it was just one of those phases. However much I tried, things weren’t working. That’s when I went up to the coach and asked him to drop me if he so wanted. The team always comes first and it was my responsibility to tell the coach that there was no compulsion to play me,” remembered Goswami when we spoke on the matter.


India will need its greatest bowler ever to stand up and be counted in the last game. Yes, Jhulan Goswami is five years older and her body has taken much pounding. She may also have lost a couple of yards in pace. But she still has the skills and we have seen it in patches in New Zealand

Then coach Tushar Arothe convinced Goswami to keep trying and assured her that she had the fullest backing of the team. That’s all that was needed. Goswami produced a classic against Meg Lanning in the semi-final and bowled a historic spell in the final.

“Yes, Tushar was very supportive. He asked me to get rid of all the negative thoughts and focus on the job at hand, which was to pick up wickets. I felt good after that conversation and thereafter started planning what I needed to do to make a difference to my team. Ahead of the Australia match, for example, I had specially planned for Meg Lanning. She is an excellent batter and the key to their batting line-up. We needed her early to push Australia back. I am glad it worked,” said Goswami.

Against South Africa, we need her to step up one final time. Yes, she is five years older and her body has taken much pounding in the interim. She may also have lost a couple of yards in pace. But she still has the skills and we have seen it in patches in New Zealand. All said and done, Jhulan Goswami ball in hand in a high pressure game is still the best option India has. If India has to beat South Africa, the team in form at the moment, it has to be Goswami leading the attack with wickets up front. Having known Jhulan for decades, I wouldn’t put it past her. I can conjecture she would be pacing up and down in her room thinking about what she needs to do. I know in her mind she will soon come to terms with the task at hand. She is Jhulan Goswami after all. Two hundred matches and 250 wickets don’t come easy. We need her to stand up for the last game. Twenty years of achievement and one final game to take her team to the semi-final. That’s what India needs from her and, as I said, don’t put it past her to deliver when it matters the most. She is already a fairytale. Maybe the last chapter is waiting to be written the coming week.

Sport forces a performer to fail in full public view. That Jhulan Goswami has not done well is a fact. But again, that’s where sport redeems itself. It is the only platform which also allows a performer to come back and win in public. That’s what I am expecting Jhulan to do against South Africa

Is this pure emotion for someone I have known for years or is it based on rational, objective analysis? It is a fact that Jhulan has had a poor World Cup. She has looked jaded and tired and has also conceded a lot of runs on occasions. And yet I feel optimistic. It is because she has the experience to bounce back when the chips are down. She has been in tough situations before and has the ability to produce a rabbit out of the hat. And isn’t sport more about failure than success? Isn’t that what makes sport what it is? It is real, not reel, and there are no retakes.

Sport is that unique platform which forces a performer to fail in full public view. In every other sphere, failure is an acutely personal experience. Sport, however, is different. That Jhulan has not done well is in the public domain and is a recorded fact. But again, that’s where sport redeems itself. It is the only platform which also allows a performer to come back and win in public. With the help of your team and support unit, you can recuperate and come back and prove to the world who you are and what you are made off. In sum, redeem yourself in full public gaze and make a difference.

That’s what I am expecting Jhulan to do against South Africa. For, in the end, sport is also about hope and fulfilment. It is about stories of courage and success and triumph against adversity. When the Indian women’s team made the finals of the 2005 World Cup, few celebrated the achievement. Jhulan and Mithali had to still travel in unreserved compartments sitting next to toilets on occasions.

Those days are long gone and come the South Africa game, millions will be queuing up in front of their television sets to cheer for Jhulan Goswami. The stage is set. It is time we heard the redemption song. And if that happened, the campaign would still be alive and India in the semi-finals. Thereafter, it is anyone’s tournament with two knockout matches deciding the outcome. While it is not fair to look too far ahead, it can certainly be said that for Jhulan and Mithali, nothing is over yet. And in sport nothing is really over till it’s actually over.