Encounters with the twelve manifestations of Shiva 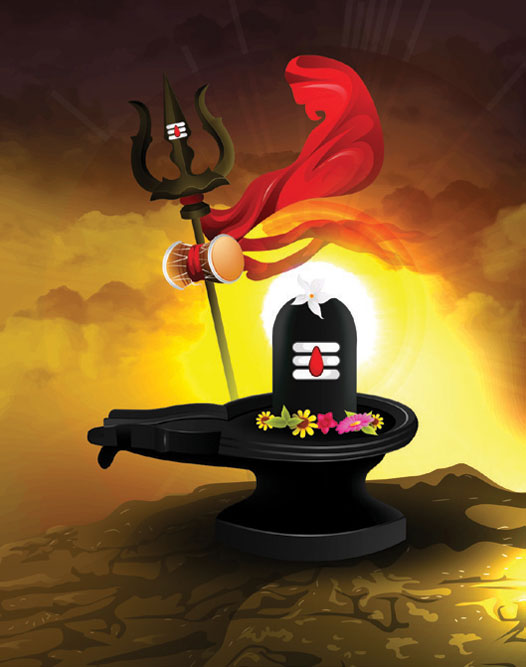 “Shambhu, the paramatman’s twelve avatars are— Somanatha in Sourashtra; Mallikarjuna in Shrishaila; Mahakala in Ujjayini; Amareshvara in Omkara; Kedara on the slopes of the Himalayas; Bhimashankara in Dakini; Vishvesha in Varanasi; Tryambaka on the banks of Goutami; Vaidyanatha in a cremation ground; Nagesha, in the forest of Daruka; Ramesha in Setubandha; and Ghushmesha in Shivalaya.” (This is one variant of the famous shloka that lists the twelve jyotirlingams. Geographically, ten can unambiguously be identified. But the geographical identification of Bhimashankara [in the region of Dakini] and Nagesha [in the forest of Daruka] is not that robust.)

“Of these, Somanatha is the first. In this form, he destroyed Chandra’s miseries. When he is worshipped there, diseases like consumption and leprosy are destroyed. Shiva’s avatar, Somesha, is stationed there in the form of a lingam. This is in the auspicious region of Sourashtra, where the moon had worshipped him earlier. There is a Chandrakunda there and it destroys every kind of sin.” (Soma is a name for Chandra, the moon. Somanatha and Somesha/Someshvara have the same meaning, the moon’s lord. The lingam and temple are in Sourashtra, Gujarat. When cursed, the moon bathed in the Sarasvati river there and prayed to Shiva. Chandra was thereby cured. Chandrakunda still exists in the temple.)

“Mallikarjuna is known as Shankara’s second avatar. It is in Shrigiri and bestows desired fruits on devotees. Leaving his own mountain, extremely happily, Shiva went there to see his son. He is praised there, in the form of the lingam.” (Shrigiri is Shrishaila, in Andhra Pradesh. When his younger brother Ganesha got married, Kartikeya was angry. He left Kailasa and went away to Mount Krouncha. Shiva and Parvati went to visit him there and stayed on in Shrishaila, near Mount Krouncha.)

“To protect his own people, Shankara assumed the avatar known as Mahakala, in the city of Ujjayini. The asura known as Dushana suppressed the dharma of the Vedas. He went to Ujjayini, destroyed everything and caused harm to the Brahmanas. When the sons of the Brahmanas meditated on him, he assumed the form of the jyotirlingam Mahakala. He used his humkara to quickly reduce the asura, who resided in Ratnamala (a mountain), to ashes. Requested by the devas, to protect his own devotees, he stayed on there.”

“Paramesha Shambhu, the paramatman, assumed the fourth avatar of Omkara. Vidhatri established a parthiva lingam there. To satisfy the wishes of Vindhya, Mahadeva manifested himself from that. Requested by the devas, he remains there in two forms. Affectionate towards his devotees, in the form of a lingam, he bestows objects of pleasure and emancipation. The excellent lingam, known as Omkara, exists in the form of Pranava. Parameshvara exists in that parthiva lingam.” (Mount Vindhya worshipped Shiva. Shiva is present in two lingams there. Omkara or Omkareshvara is on the island of Mandhata, along the banks of Narmada, in Khandwa district of Madhya Pradesh. The second lingam is on the bank of the river and is known as Amareshvara (Mamaleshvara). As worshipped by Vindhya, the parthiva lingam was in the shape of AUM. This also draws attention to a fact often not mentioned. Someone worshipped Shiva in the form of a parthiva lingam and satisfied Shiva. Pleased, Shiva bestowed the boon that the parthiva lingam would stay on in the form of a jyotirlingam.)

“Paramesha’s fifth avatar is Kedaresha. In the form of a lingam, this is in Kedara. Hari had two avatars, known as Nara and Narayana. When they requested him, Shiva remained there in Kedara, in the Himalaya mountains. Known as Kedareshvara, he was constantly worshipped by the two of them. In particular, Sarvesha is the lord of the field. Therefore, this avatar of Shiva grants everything that is desired.” (Kedareshvara/Kedaranatha is in Kedarnath, on the shores of the Mandakini river. Kedara means field and Kedaranatha is the lord of the field, implying that he bestows the crop of emancipation.)

“The great lord, Shambhu’s sixth avatara is known as Bhimashankara. In his great pastimes, he destroyed Bhimasura. He performed wonderful deeds and protected his devotee, King Sudakshina, the lord of Kamarupa. He also killed the asura who caused hardships to his devotee. Requested by him, Shankara is himself stationed in Dakini, under the name of Bhimashankara, in the form of a jyotirlingam.” (There is a problem in unambiguously identifying the geographical region known as Dakini. The Bhimashankara lingam is usually identified as the one near Pune. However, the mention of the king of Kamarupa places this in Assam and there is a Bhimashankara temple near Guwahati. The destruction of Bhimasura is sometimes identified with the destruction of Tripura. But Shiva also killed Bhimasura, the son of Kumbhakarna, when requested by a king of Kamarupa, usually named Priyadharma [not Sudakshina].)

“The seventh avatar, Vishveshvara, originated in Kashi in the form of the cosmic egg. He is always worshipped devotedly by all the devas, Vishnu and the others. He is also constantly worshipped by the lord of Kailasa (Kubera) and Bhairava. This is the lord’s own city and he is there in the form of a siddha.”

“The eighth avatar is on the banks of the Goutami (Narmada) and is known as Tryambaka. Requested by Goutama, the one who wears the moon on his crest, manifested himself. As a result of Goutama’s prayer, he assumed the form of a jyotirlingam. Pleased with the sage and with a desire to make him happy, he remains stationary there. As a result of Shiva’s favours, Goutami is known as Ganga there.”

“The ninth avatar is described as Vaidyanatha. Engaging in many kinds of pastimes, the lord appeared for the sake of Ravana. When he was being brought in this form, Maheshvara engaged in deceit. In his own form of a jyotirlingam, he is established in a cremation ground. He is famous in the three worlds under the name of Vaidyanatheshvara.” (Vaidyanatha [the lord as a vaidya] is in Deoghar district, Jharkhand. Ravana worshipped Shiva and one by one, offered each of his heads. The word vaidya means physician and when Ravana was hurt in this way, Shiva healed him. The word “deceit” is probably explained by the anecdote of Ravana attempting to take the lingam back to Lanka. He was tricked into placing the lingam down on the ground [an act that was not permitted], and once placed on the ground, the lingam did not move from the spot.)

“The tenth avatar is said to be Nageshvara. He always punishes the wicked and arrived for the sake of his own devotees. He killed the rakshasa named Daruka, who was destroying dharma. He protected his own devotee Supriya, who was a king of vaishyas. For the welfare of the worlds, he assumed the form of a jyotirlingam. Engaging in many kinds of great pastimes, Shambhu remained there, along with Amba.” (Nageshvara is usually identified as being in Dwaraka, but that identification is not proven. The crux is the location of Darukavana. There was a rakshasa named Daruka, who imprisoned Shiva’s devotee, Supriya, and Darukavana means the forest of Daruka.)

“Shiva’s eleventh avatar is said to be Rameshvara. It was loved by Ramachandra and was established by Rama. Shankara is affectionate towards his devotees. Satisfied by Rama, he manifested himself in the form of the lingam and happily bestowed the boon of victory on him. Served by Rama, he remained in Setubandha. Rameshvara’s greatness is wonderful and is unmatched on earth. If a man devotedly bathes the Rameshvara lingam with water from Ganga, he becomes a jivanmukta.” (Setu means bridge and bandha means construction. Setubandha means construction of the bridge. Metaphorically, Setubandha can also be interpreted to mean as the bridge that frees one from bonds. Jivanmukta means a person emancipated [mukta] while he is still alive [jivan].)

“Ghushmeshvara is Shankara’s twelfth avatar. He bestowed bliss on Ghushma. This is in the southern direction, near Devashaila. To cause pleasure to Ghushma, the lord manifested himself in a lake there. Sudeha killed Ghushma’s son, Sakalya. Shambhu is affectionate towards his devotees and satisfied by her devotion, protected her. Requested by her and granting her the wish, Shambhu remained in that lake. He assumed the form of a jyotirlingam there and is known as Ghushmeshvara.” (Ghushma was Sudeha’s sister. Out of jealousy, Sudeha killed her sister’s son. Ghushmeshvara is usually identified as the lingam near Aurangabad. That identification is based on the identification of Devagiri or Devashaila, the mountain of the gods. Daulatabad’s former name used to be Devagiri.)