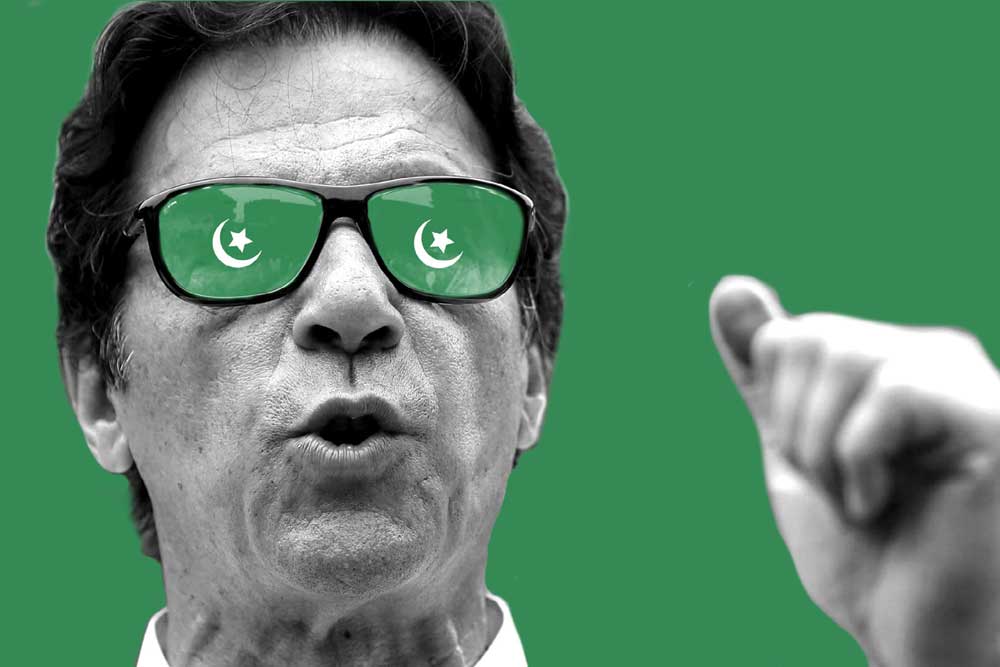 Pakistan has just come through its celebrations of 75 years as an independent country. The birth of the country remains noted for the bloodletting which accompanied the political triumph of its founding father Muhammad Ali Jinnah in August 1947.

Indeed, the month of August has had an eerily prominent place in Pakistan’s history. A year before the Partition of India, the Muslim League’s call for Direct Action as a way of pressing its demand for the break-up of the country in August 1946 caused the death of anywhere between 5,000 and 10,000 Hindus, Muslims and Sikhs in Calcutta, with ramifications that would engulf Bihar and Noakhali in eastern Bengal in communal flames.

In August 2022, Pakistan continues to lurch from one crisis to another, the latest being the agitation launched by former prime minister Imran Khan to ensure that he can return to power in elections he expects will be held earlier than scheduled under the terms of the constitution. Khan, removed through a vote of no-confidence in his government in the National Assembly in April this year, has gone around pinning the blame for his fall on his political opponents but largely on the role played by the “establishment”, a euphemism for the country’s powerful military.

The army has clearly acted again, but through doing all it can from behind the scenes. Having brought Imran Khan and his Tehrik-e-Insaf to power a few years ago—an event which had the opposition denigrating him as a selected as opposed to an elected prime minister—the army is now determined to see to it that he does not return to office. Imran Khan has been openly critical of the military’s role in politics, accusing it of bringing in an imported government—his definition for the administration now in power—which in his view is backed by the US.

The crisis has been exacerbated by the threats Khan has been hurling at the police and the judiciary over their moves against his party leaders, one of whom has been subjected to atrocious behaviour under arrest by the state. And the state has acted furiously in response. The Pakistan Electronic Media Regulatory Authority (PEMRA) has ordered all television channels in the country not to telecast live Khan’s speeches at his party’s political rallies. Making conditions worse is that Khan has been charged under terrorism regulations, which fact is being seen as a broad move to clip his wings and so push him into irrelevance as a political force.

And so August 2022 has moved on, in line with Pakistan’s history. Back in August 1980, General Yahya Khan, the last president of a united Pakistan, died three years after his release from house arrest by the country’s new dictator, General Zia-ul-Haq. Yahya, on whose watch the Pakistan army launched a massive operation of atrocities against the Bengali population of what was at the time East Pakistan in March 1971, repudiated the results of Pakistan’s first general election held in December 1970.

The landslide victory achieved by the Awami League had placed the party squarely on the path to power, to the formation of a Bengali-dominated central government in Islamabad. At one point, Yahya Khan, the country’s second military dictator, met Sheikh Mujibur Rahman, the Awami League leader, in Dhaka and publicly told newsmen that Mujib was Pakistan’s incoming prime minister.

Much water flowed under the bridge between that statement and the battlefield defeat of the Pakistan army in Bangladesh in December 1971. The junta clearly refused to see the writing on the wall in the months before Bangladesh would become the new reality in South Asia. Early in August 1971, the regime, in a terse official announcement, informed Pakistanis and the world that Sheikh Mujibur Rahman, in solitary confinement in (West) Pakistan, would be placed on trial before a military tribunal on the charge of waging war against Pakistan.


The trial, held in-camera before the tribunal headed by a brigadier, commenced a couple of days later. By November, a sentence of death had been handed down to Mujib but could not be carried out owing to the swift changes taking place in the region as a result of Pakistani airstrikes on Indian bases in the western sector. The rest is history.

The role of the military in Pakistan’s history has consistently been a disturbing reality, despite the fact that the army has not seized power since August 1988 when Zia-ul-Haq perished, along with a host of others that included his deputy in the army and the American ambassador to Pakistan, when the C-130 aircraft carrying the group crashed over Bahawalpur.

But the caveat about the army here, though, is that it has regularly been instrumental in the formation and dismissal of successive civilian governments in Pakistan since Zia’s death. General Qamar Bajwa has not seized the levers of power, but it is a truism that his authority has run parallel to that of the civilian administrations led first by Imran Khan and then by Shehbaz Sharif, whom he helped install in office. Official visitors from overseas have made it a point to see him within moments of meeting the prime minister.

And, of course, Zia-ul-Haq remains notorious for the medievalism he engineered in Pakistani politics through his Islamisation programme, a major plank of which he called Nizam-e-Mustafa, or governance as envisaged by the Prophet of Islam 1,400 years ago. Zia’s infamy rests too on the carefully synchronised moves he made towards eliminating his benefactor Zulfikar Ali Bhutto physically, through judicial murder, in April 1979.

August is therefore a time that is as good as any to reflect on the crises Pakistan has regularly faced since its improbable creation in 1947. The country has so far had four army chiefs, beginning with Ayub Khan and ending with Pervez Musharraf, commandeering politics and pushing Pakistan inexorably towards newer difficulties. That the army has not staged a coup d’ etat since Musharraf quit in 2008 is hardly any reason to suppose that the military’s stranglehold on politics has loosened or is no more.

The rise and fall of Imran Khan and now the tentative rise of Shehbaz Sharif, the engineering of election results by the soldiers through drawing politicians of their choice into supporting their role, the reluctance of the judiciary, the media and the political classes to mount a public and decisive challenge to the military dominance of the state have continued to weaken the Pakistani state structure.

The Pakistan army seized power in October 1958 barely a few months before the country’s first general election was supposed to be organised and went on to rule the country for a decade.

It nullified the results of the vote in March 1971, arrested the leader of the majority party on charges of treason, launched a programme of genocide in the country’s eastern wing and eventually presided over the break-up of a country that had anyway come into existence on untenable religious considerations.

The army in July 1977 staged a coup against the civilian government of Bhutto hours after the ruling party had reached a deal with the opposition on fresh elections being organised.

In post-Zia 1988, the army delayed handing over power to Benazir Bhutto, doing all it could to prevent her from assuming power. In the end, it was a powerless Benazir Bhutto—she had no authority over foreign affairs and defence—who took charge as prime minister, only to be defenestrated by a military-civilian bureaucratic combine.

The story has gone on. In August 2022, Imran Khan has been piling the pressure on the military. In its turn, the army appears determined to cut him down to size.

The drama goes on. The curtain will not fall anytime soon.