In an attempt to create a wave in favour of the Janata Dal (United)- BJP alliance, Modi is all set to address as many as 12 rallies, three in a day 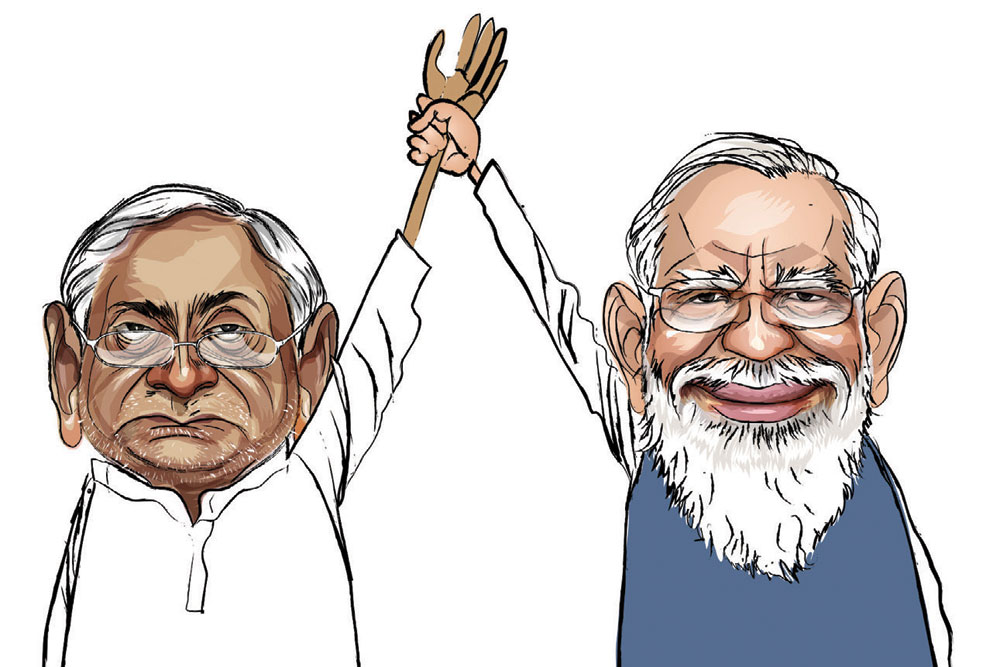 
A new generation of leaders has become very relevant to the Bihar election. The Rashtriya Janata Dal’s Tejashwi Yadav has arrived as the main opposition leader. Lok Janshakti Party’s Chirag Paswan is the joker in the pack who might have a crucial role to play after the election. For the Bharatiya Janata Party (BJP), however, the main draw remains its perennial trump card—Narendra Modi. In an attempt to create a wave in favour of the Janata Dal (United)-BJP alliance, Modi is all set to address as many as 12 rallies, three in a day. Also, for the first time, he will seek votes for Nitish Kumar, a man who had opposed his elevation as the BJP’s prime ministerial face in 2013 and ended his alliance over it then.

Former Maharashtra Chief Minister Devendra Fadnavis may have become the BJP’s in-charge of Bihar for the election, but it is said he remains busier in his home state. In earlier elections, when Arun Jaitley or any other senior BJP leader was at the helm in a state, they used to stay there for a few months at a stretch, even taking a flat or house on rent. But that is difficult in the times of Covid. So, Fadnavis comes on and off to Patna.

In what was highly unusual, Madhya Pradesh Chief Minister Shivraj Singh Chouhan complained in a letter to Congress President Sonia Gandhi about her party’s senior leader Kamal Nath. The latter had in an election rally used derogatory language against a female BJP by-election candidate. Rahul Gandhi, too, had criticised the language but Kamal Nath did not apologise. Instead, he shocked his party by saying that it was Rahul’s personal opinion. A minor issue has now blown up into a major one in the Congress.

Brihanmumbai Municipal Corporation, in Mumbai, is extraordinarily wealthy and powerful. Elections to it are, therefore, very important. For 25 years, the Shiv Sena has been in power there, but last time it fought alone without the BJP in alliance and retained power only by a slender margin. The next elections are only due in 2022 but with the estrangement between the two parties, moves are already afoot on how it will be fought. The big question is what will the Sena do. There are rumours that it might ally with the BJP and that is why its senior leader Sanjay Raut met Devendra Fadnavis recently. But it is also being said that the Sena could fight alone, and if necessary, have a tie-up with the Nationalist Congress Party (NCP) and the Congress after the election. The NCP, however, is keen on a pre-poll alliance. Many secret discussions are reportedly already underway.

Maharashtra Governor Bhagat Singh Koshyari seems to be in some trouble after dashing off a letter attacking Chief Minister Uddhav Thackeray over the reopening of temples, something that the state BJP is keen on. But Union Home Minister Amit Shah, in a media interview, did not support the Governor. Now the Shiv Sena wants the Governor changed. NCP chief Sharad Pawar too hit out at him asking how anyone with self-respect could continue in office. There could be a reshuffle of governors after the Bihar elections and Koshyari must be wondering about his fate. The Centre not supporting Koshyari led to much interest in West Bengal where Chief Minister Mamata Banerjee has also written a letter to the Prime Minister complaining about the Governor there, Jagdeep Dhankhar. She asked why, if there is so much reaction to Koshyari’s utterances, no action has been taken against Dhankhar who has been speaking against her for a long time.

Man For All Parties 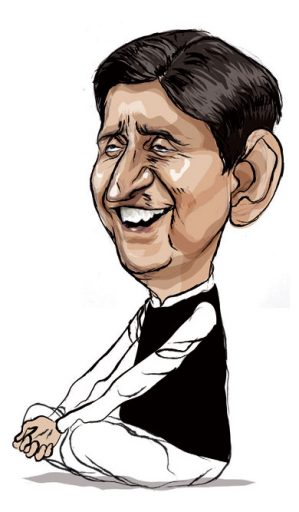 Kumar Vishwas, who used to be an important leader in the Aam Aadmi Party, might have fallen out of favour with its leader Arvind Kejriwal, but both the Congress and the BJP seem to have a soft spot for him. He was a candidate against Rahul Gandhi in Amethi in the 2014 Lok Sabha elections, but in Rajasthan, Chief Minister Ashok Gehlot has made Vishwas’ wife Manju a member of Rajasthan Public Service Commission. A Rajasthani, she is a professor from the Mali community to which Gehlot too belongs. Meanwhile, Vishwas’ brother Sanjeev Sharma, a professor at Meerut’s university, was made the vice chancellor of Mahatma Gandhi Central University in Bihar. Some say it was at the behest of the BJP.

In Karnataka, senior Congress leader MB Patil, who is a figurehead of the powerful Lingayat community, could be switching to the BJP. Although Patil tweeted that the rumours are baseless, he did not rule out the possibility. The BJP central leadership may also be searching for a Lingayat leader as a counter to their state leader and Karnataka Chief Minister BS Yediyurappa who, too, retains enormous pull in the community.

Because of Covid and its economic impact, several Government projects have stalled. But in this go-slow situation, the Prime Minister’s dream project of a new Parliament building and a makeover of the area has continued. Old Government buildings will be demolished and the old Parliament will be a museum of the Indian freedom movement. From Rashtrapati Bhavan to India Gate, several buildings will come up. Opposition parties are protesting about the resources being spent but Team Modi maintains this needs to be done.