Grim Picture | In Case You Missed It 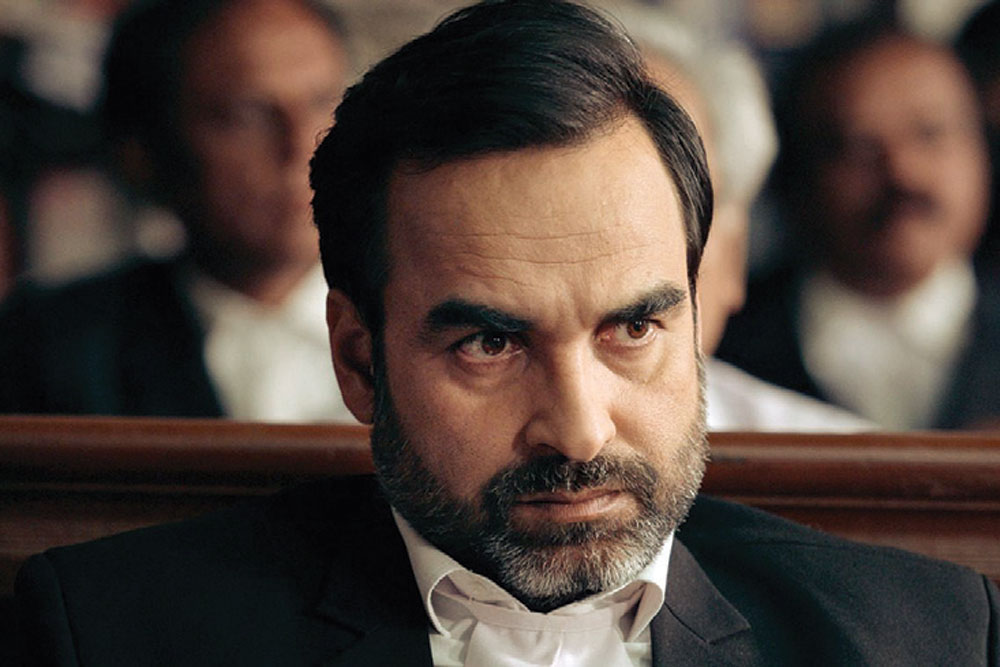 Delayed gratification is not easy to follow in this age of instant con­sumption. But fortunately, there are still things we have to wait for: a fine wine is good only when it is aged, a Christopher Nolan movie takes time to brew, a great biryani cooks slowly, and the next episode of your favou­rite TV show comes exactly a week later. Not everything can or should be binge-watched. And the third sea­son of Criminal Justice: Adhura Sach is served well by the weekly drop, with its twists and turns. The eight-episode series is now at mid-point with Pankaj Tripathi’s Madhav Mishra in fine form against Shweta Basu Prasad as the London-educated prosecution lawyer. Mishra, the small-town lawyer who moves to Mumbai, is typically underesti­mated both by his clients and his opponents. Big mistake. Mishra outsmarts his swish opponent with his intelligence, patience, and lack of judgement. He is no pushover to his client either, a teenager accused of murdering his star sister, warn­ing him repeatedly to tell him the whole truth. A lovely and lively Khushboo Atre plays his wife, who runs a beauty parlour from home. Directed by Rohan Sippy, who also directed the first four episodes of season two, season three casts Purab Kohli and Swastika Mukher­jee as the parents of the accused (and murdered).

Why watch it? Two words, Pankaj Tripathi, who is funny, smart, and all too cool as Madhav Mishra.

The second part of Indian Predator: The Diary of a Serial Killer on Netflix is perhaps even more ghoulish than the first. This time it’s the self-styled Raja Kolander, the husband of a Zila Panchayat member, who is charged with the murder of an investigative journalist in Allahabad in 2000. A diary recovered from his farmhouse unravels a predatory history of heinous serial killings as well as the possibility of cannibalism. Kolander sees himself as an underdog fighting against the system, and a chilling interview with him, now in Unnao jail, suggests a clever, manipulative mind. The series goes into the dark recesses of Indian society, chroni­cling cases both well-known and lost to history, where those with power have preyed upon those with none. There are lots of skull and bones, and friends, relatives and experts weighing in.

Why watch it? If you’re a fan of true crime then this descent into dark­ness is just right for you.


Sundari Mathews (National Award winning Aparna Balamurali) is a 32-year-old divorcee and cancer survivor who works as a librarian in a school. Her heart flutters when a new English teacher, Victor Paul, joins the school. They seem to like each other, until another young teacher shows an interest in Victor. There are some misunderstandings, including a nasty scolding from Victor’s mother, but it all ends well. Happy to report that romance in Indian movies is alive and well.

Why watch it? “This is me. I am a complete mess. But I can handle myself,” says Sundari to Victor, who, of course, loves exactly that about her. And we love them. n