Vivekananda and the Himalayan connection—Part IX 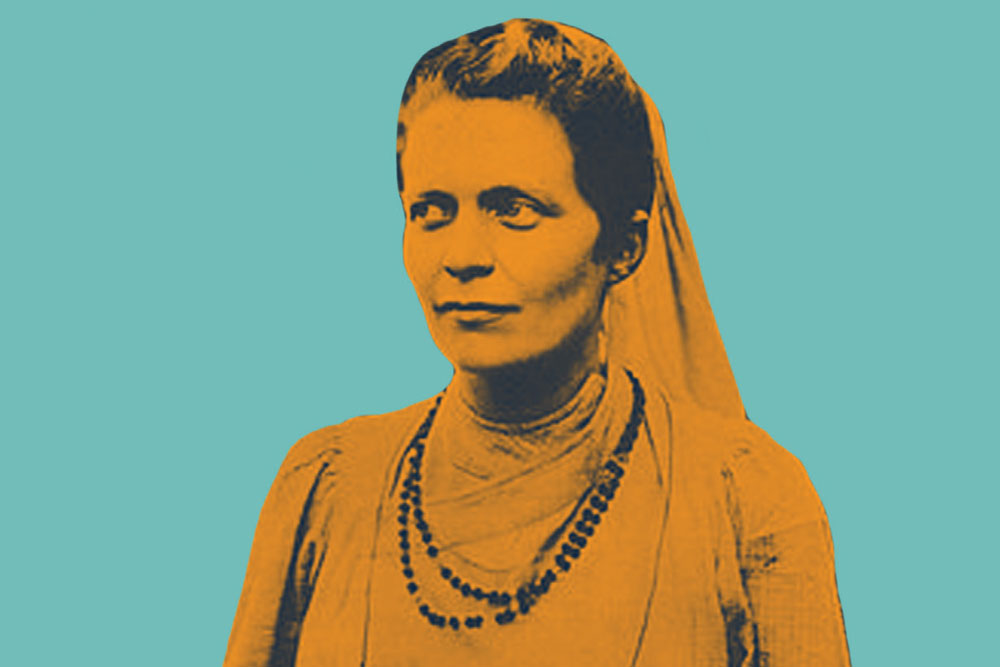 
IT HAD BEEN a wonderful, most unworldly, summer of 1898 for Nivedita, despite its ups and downs. From Swami Vivekananda she received lessons galore in spiritual life, some too deep for thought or expression.

As she recalled in The Master as I Saw Him, it was in Kashmir that she understood the immensity and grandeur of the truth behind appearances: ‘The world, in all its aspects and relations, is but a childish interruption of the flow of thought. Behind everything is felt to be that unutterable fullness, of which the thing seen is so paltry and distorted an expression’.

Her master, Vivekananda, was not like other ordinary mortals. He was made of a different substance. For such as he was, ‘Human relations are too poor to tempt those who have bathed in the wellspring of all such relations at the Ultimate Source’ (ibid). While ‘love or compassion or heroism’ might be ways to reach or reflect the ‘Ultimate Source’, the only thing that really defined it was the unwavering ‘perception of Oneness, and that alone’ (ibid).

Nivedita learnt the hard way that ‘steadiness and quiet and self-effacement’ were probably more desirable virtues to cultivate than an active or aggressive expression, ‘prized in the West’ (ibid), of one’s temperament or disposition. She understood, instead, that at least as far as the spiritual life that she had so readily and devotedly embarked upon, being ‘consistently indifferent to our own personality’ (ibid), might be preferable.

The world itself, Swamiji said quoting Plato, was but a ‘feeble manifestation of the great ideas which alone are real and perfect’ (ibid). For Vivekananda, falling short of the ideal was no reason to give up or despair: ‘The attempt falls short still in many ways. Still, – go on! You will interpret the ideal someday’ (ibid). In contrast to the Western idea of progress, Vivekananda held that ‘things do not grow better. They remain as they were, and we grow better, by the changes we make in them’ (ibid). Growing better, progressing ourselves was practical Vedanta. The world would change on its own.

For Nivedita, that statement had the very ring of the Vedas. Even karma, inexorable as it might be, could not deter the soul’s advancement and evolution. Nivedita remembered how, back in Almora, an elderly and amiably enfeebled gentleman had asked the Swami what was to be done when the strong oppressed the weak. Turning on him in ‘surprised indignation’, Vivekananda had roared, ‘Why thrash the strong, of course! You forget your own part in this karma. – Yours is always the right to rebel!’ (ibid).

In a sense, it was Nivedita’s ‘right to rebel’, even though her master wasn’t exactly oppressing her. Instead, as she saw when they visited Hindu holy places, he became one with the humblest of the uneducated women devotees, making ‘the same offerings of milk and rice’, telling his beads and scrupulously observing ‘the minutest rules of conduct, both secular and religious’ (ibid).

Of the two most sacred of sites in Kashmir, the group had already visited Kshir Bhavani. Now, what remained was the trek to Amarnath, the ‘mountain-cave’ of the ‘ice-emblem of Siva’ (ibid). At Achhabal, in the Mogul Gardens, during a meal outdoors, Vivekananda suddenly announced his intention to go to Amarnath.

His biography by ‘Eastern and Western Disciples’ records that ‘as a special privilege Sister Nivedita was allowed to join him on the pilgrimage, so that she, as a future worker, might have a direct knowledge and insight into that time-honoured religious institution of his country’. The rest of the European party would go only as far as Pahalgam, waiting there for the return of Vivekananda and Nivedita.

In order to make their final preparations, the group retreated to their houseboats in Islamabad. With the aid of a state officer, the whole group left the next afternoon, on July 26th, for Pawan. It was ‘the first stopping-place on the way to the sacred shrine of Amarnath’ (ibid).

Kashmir was full of pilgrims during that period. Everywhere, they witnessed ‘the march of gathering hosts’. The pilgrims encamped in the open fields in neat and orderly rows. By the next morning, they left, gathering all their belongings, leaving ‘no trace of their occupation, save the ashes of their cooking-fires’ (ibid). Quite in contrast to plastic-filled mess and garbage that modern tourists leave, almost as an identifying signature of their presence.

Nivedita marvelled at how the Amarnath yatris ‘carried a bazaar with them, and at each halting place, the pitching of tents, and opening of shops, took place with incredible rapidity’ (ibid). The camp had a ‘broad street’ running through its middle, where ‘one could buy dried fruits, milk, dahls, and rice’ (ibid). Nivedita’s and Vivekananda’s tents were separated by the tehsildar’s in the middle. That is where they lit the evening fire and gathered at dusk.

The hundreds of monks in gerua (ochre), with their umbrella-size saffron tents, seemed to gravitate around the magnetic personality of Vivekananda: ‘The more learned of them swarmed about him at every halting place, filling his tent, and remaining absorbed in conversation, throughout the hours of day light’ (ibid).

The monks failed to understand the warmth of Vivekananda’s ‘love and sympathy for Mohammedanism’ while they refused to make distinctions between ‘Swadesh and bidesh’ (ibid). For Vivekananda, Hindu and Muslim were ‘rival elements’ in the same unity that was India. But the monks remembered how ‘the soil of the Punjab… was drenched with the blood of those who had died for the faith’ (ibid).


Nivedita learnt the hard way that ‘steadiness and quiet and self-effacement’ were probably more desirable virtues to cultivate than an active or aggressive expression, ‘prized in the West’, of one’s temperament or disposition. She understood, instead, that at least as far as the spiritual life that she had so readily and devotedly embarked upon, being ‘consistently indifferent to our own personality’, might be preferable

They expected from Vivekananda a ‘narrow orthodoxy’ (ibid) in this regard. Nivedita couldn’t help observing how ‘the Tehsildar himself, and many officers and servants of the pilgrimage’ were Muslims ‘and that no one had dreamt of objecting to their entering the Cave with the Hindu worshippers’ (ibid). As to her master, she considered him ‘an anachronism of the future’, someone so ahead of his own times and its prejudices.As it happened, the tehsildar, ‘came afterwards, indeed, with a group of friends, begging formal acceptance by the Swami as disciples’ (ibid).

Approaching the sacred springs of Bawan, Nivedita recalls ‘the brilliance of the lights reflected in the clear black waters of the tank that evening, and throngs of pilgrims proceeding in little groups from shrine to shrine’ (ibid). It was a classic scene from a timeless Indian past. The devotion to the divine, the longing for higher conscious still alive in common pilgrims and advanced sanyasis alike.

When they reached Pahalgam, the entire camp halted for day to observe the ekadashi vrat. Nivedita has left us a vivid description of it:

‘It was a beautiful little ravine floored, for the most part with sandy islands in the pebble-worn bed of a mountain stream. The slopes about it were dark with pine-trees, and over the mountain at its head was seen, at sunset, the moon, not yet full. It was the scenery of Switzerland or Norway, at their gentlest and loveliest. Here we saw the last of human dwellings, a bridge, a farm house, with its ploughed fields, and a few saeter-huts [huts built on high pastures in Scandinavia] And here, on a grassy knoll, when the final march began, we left the rest of our party encamped’ (ibid).

For the pilgrimage, Nivedita had taken on the role of Vivekananda’s ‘spiritual daughter’ though there was hardly an age difference of five years between them. ‘In my own case,’ she observed, ‘the position ultimately taken proved that most happy one of a spiritual daughter, and as such I was regarded by all the Indian people and communities, whom I met during my Master’s life’ (ibid).

But would that repositioning of their roles and the reinvention of her own personality cure her of her attachment to her master and its attendant expectations? These had reached their peak by the time they arrived at Amarnath.