Hypernationalism, BMC on a record-breaking spree and the house of a fugitive 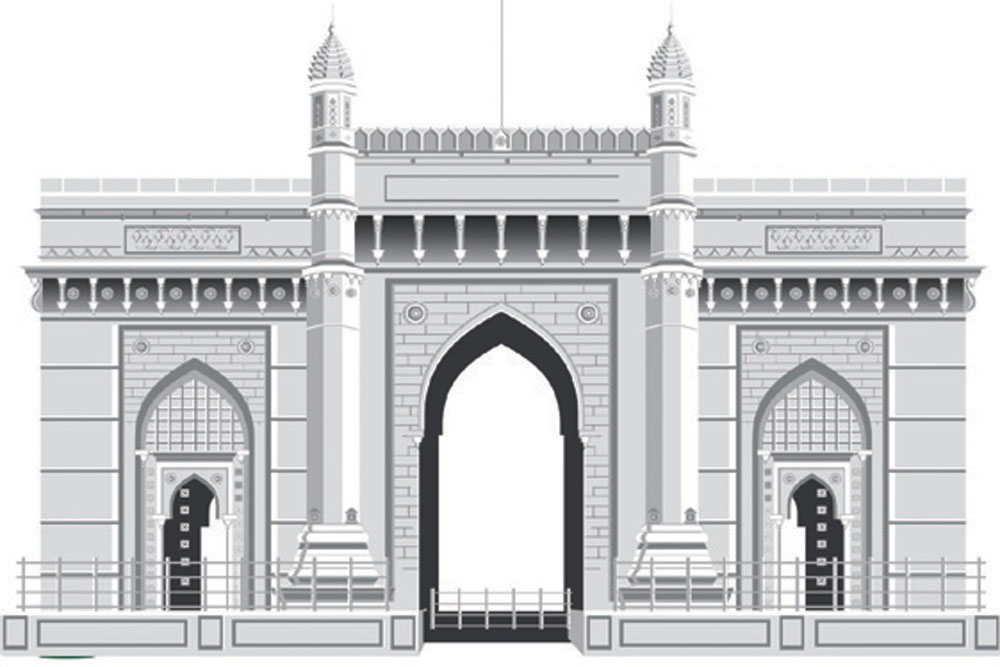 IN THESE DAYS of hypernationalism, it’s good to occasionally step back and ask: ‘What is Indian?’ ‘Is the Symphony Orchestra of India (SOI) Indian?’ ‘Is the music they play Indian?’ And vitally, ‘Are these questions really relevant in the 21st century?’

On its recent tour of the UK, SOI had 15 Indians in a total of 89 musicians. These numbers are usually held against SOI. But do Manchester United or Chelsea have footballers from Manchester or Chelsea? And what about the orchestra often rated as the world’s best? Of the Berlin Philharmonic’s 128 musicians, as many as 50 are of foreign origin. And this in a nation with a long musical history and many orchestras to choose from (50-plus symphony orchestras in Germany and almost as many chamber and youth orchestras). Here’s another, though somewhat different example: Sir Mohamed Muktar Jama Farah, the most successful British track athlete in modern Olympic history, was born and raised in Mogadishu, Somalia. When you want to be the best, national boundaries become irrelevant.

That’s why when NCPA’s Khushroo Suntook decided to set up SOI, he agreed with its musical director Marat Bisengaliev’s insistence that nationalities were secondary to musical abilities (Bisengaliev himself is from Kazakhstan). Those of us who live in Mumbai, and have heard SOI grow in 12 years into a fine orchestra, don’t give a hoot (a distinctly unmusical sound) whether the oboe or violin or cello is in White, Brown or Black hands.

That belief found enthusiastic endorsement from British music critics (not the kindliest of souls) when SOI recently played in the UK. The Spectator, a bastion of conservatism, called it ‘a world-class ensemble… it has character-rich but also refined, with smoky woodwinds, burnished brass…’ Classical Source said, ‘The concept that music is (or can be) a universal language was triumphantly demonstrated by this concert… The ‘Overture to Oberon’ was a totally committed performance that demonstrated Weber’s original symphonism allied to his pictorial aural consciousness… [It was] a perfect lead-in to Max Bruch’s G-minor Violin Concerto, in which the soloist was Marat Bisengaliev. This was, without question, the finest live performance of this masterpiece I have heard.’ And the Serenade magazine critic said, ‘Here was a multi-national group of players truly binding together to form a coherent, confident orchestra with a voice all of its own.’

As a nation, we generally look for Western endorsement, especially in the cultural field where judgements are subjective. We, the regular audience of SOI, were always proud of our orchestra. We can now revel in its triumph. And congratulate English critics for their perspicacity in recognising talent, whatever its origins.

RECORDS, THEY SAID, are meant to be broken (though they stopped saying it when CDs arrived). And the BMC has done it again. A few days ago, the Shiv Sena-controlled Municipal Corporation cleared 69 civic contracts worth over Rs 500 crore within an hour. Bring out your calculators and tell me if that beats last year’s record of 97 contracts worth Rs 1,500 crore in 90 minutes.

Why this hurry? Why this haste by the Standing Committee to break into a sprint? Agreed that projects like cleaning of drains, procurement of linen for hospitals, repairs of roads and schools demand some urgency, but surely contracts also need scrutiny? Or are corporators (for some reason called civic fathers even when they are mothers) all Ramanujans calculating at the speed of light? The speculation is the election code of conduct will kick in soon, and contracts will be held up. Strange: one would think the cleaning of drains would be even more pressing during elections with all that political muck flying around.

On the other hand, you could argue a few crores wasted here and there is better than not spending anything at all. Apparently, only 37 per cent of last year’s budgetary allocation was spent. But that was (another) record: the previous year, the figure was 31 per cent. Presumably, a municipal corporation budget contains proposals for the improvement of the city and the benefit of its citizens. By being too busy with whatever else they do, officials and corporators are depriving us of amenities for which we have already paid. Or did you think the unspent 63 per cent will waft its way back into our pockets?

WHEN NIRAV MODI is not in the news, his bungalow is. It’s a 30,000-sq-ft house on Kihim Beach in Alibaug. The local authorities, as is their wont (or more accurately, their want), failed to notice the construction far exceeded what was approved. Now, of course, they have decided— with nudging from the courts—to do something about it, and that is to demolish the whole damn thing. Easier said than done: Nirav Modi’s bungalow is made of sterner stuff, so they are having to dynamite the structure to get rid of it. A fugitive’s house of cards is stronger than many a bulldozer.