The cultural content of the Prime Ministers’ Museum and Library 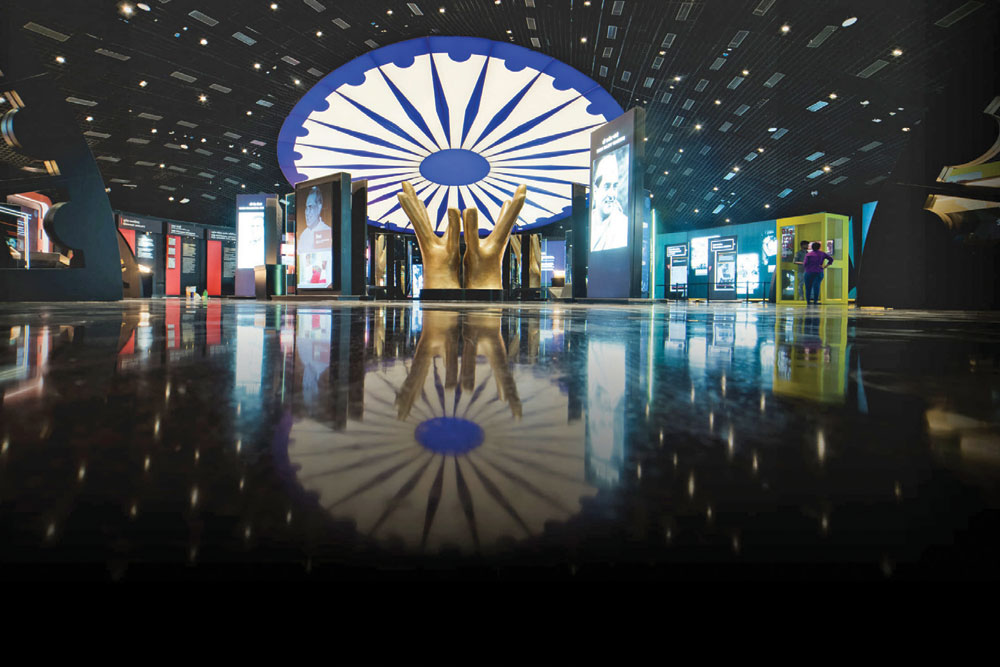 
IN THE US, a presidential library and museum system was established under the National Archives and Records Administration (NARA). The objective was to preserve and make accessible to the public the papers, documents, items of interest, gifts received, and other memorabilia of those who served as presidents of the republic. The Franklin D Roosevelt Presidential Library and Museum was the first such institution established under this system way back in 1941.

It is not that earlier presidents were not memorialised or honoured. But private donors, agencies, or states paid for their memorials. It was only after Herbert Hoover, the 31st president, that the US government initiated a centralised system under NARA to preserve the papers and records of US presidents. Even Roosevelt, America’s 32nd—and some would argue greatest— president, who was elected four times and served 12 years from 1933-1945, originally proposed to house his papers in a building on the Hyde Park grounds of his private property in New York. Parts of the large estate were subsequently divided and sold before the government acquired the rest and combined them with parcels of public land to form what is today known as the Franklin D Roosevelt National Historic Site.

In India, the Nehru Memorial Museum and Library (NMML), as its very name suggests, was inspired by the American precedence, though it was started nearly a quarter of a century later, after Jawaharlal Nehru’s death in 1964. In my earlier column, I not only offered an overview of its institutional growth and development, but argued that the time was right to afford some stability, if not permanence, to its makeover from the Nehru Memorial to the Prime Ministers’ Museum and Library (PMML).

The reasons for this are several, some of which were outlined in the previous column. But consider this. Even to this day, the homes occupied by, or sites associated with, not just prime ministers such as Lal Bahadur Shastri and Chaudhary Charan Singh, but other leaders such as Jagjivan Ram, have become memorials. Indira Gandhi is memorialised at Shakti Sthal, the site of the cremation of her body, after she was assassinated by her Sikh bodyguards, Satwant Singh and Beant Singh, on October 31, 1984. Her papers and memorabilia are not at this site. There is, thus, no consistency in the manner in which Indian prime ministers have been remembered. Often, family members or vested interests lay claims to these priceless properties, refusing to vacate them. In its new avatar, the PMML would end such malpractices.

Moreover, no matter how great a prime minister was, there is no reason why he—in this case, Jawaharlal Nehru—should be the sole recipient of such a museum and library as was the case with the NMML. It would, moreover, be inconceivable to give every Indian prime minister a museum and library after the US model. Especially, when some prime ministers, such as Gulzarilal Nanda, who occupied the office for just 13 days. Apart from Charan Singh, Chandra Shekhar, HD Deve Gowda, and Inder Kumar Gujral, all served for less than a year. For India, therefore, a centralised library and museum for all Indian prime ministers was a great, even visionary, idea. No other parliamentary democracy, to the best of my knowledge, has a similar institution.

But to change NMML’s original character, its Memorandum of Association (MoA) as well as its rules and regulations as chartered under the Indian Societies Act (1860) would have to be amended. These crucial changes were made in 2018 by the Executive Council of NMML headed by senior former bureaucrat, Nripendra Misra, known to be close to Prime Minister Narendra Modi, who became the president of the NMML society after its reconstitution. The June 2018 resolution of the Executive Council of NMML observed that a Prime Ministers’ museum on the Teen Murti grounds “would enhance the national and international reputation of NMML as it [NMML] additionally emerges as the leading centre for study on the Prime Ministers of India and the institution of the PMO.” These amendments were also ratified by the NMML Society, its general body, of which I have been a member. Along with the setting up of the Prime Ministers’ Museum, the original research objective of NMML was also enlarged to “to facilitate scholarly research and disseminate knowledge of Indian democracy, and in particular, the role of the Prime Minister.” A permanent name change from NMML to PMML would require a similar amendment to the MoA.

Those opposing these changes were deeply entrenched, arguably, not only in the Congress ecosystem, but were also beneficiaries of the largesse and, therefore, custodians of the Nehru-Gandhi family legacy. I have shown at the beginning how the institutional preservation and dedication to the nation of the papers and artefacts of all our prime ministers would enhance our understanding of Indian democracy. Preserving the sole, even exclusive, contribution of one prime minister, however great, would not serve such a purpose. Contrarily, allowing several unplanned memorials, in accordance with other would-be dynasts or vested interests would not enhance the cause of Indian democracy either. Nor would it, without the planned expertise and archival arrangement of documents, enhance research or knowledge.


The proposal to grant PMML a deemed university status along the lines of the National Museum is worth mentioning. This would allow courses, both certificate and degree, for those working in archives and papers in other parts of India

At its 45th annual meeting held at his residence, 7 Lok Kalyan Marg, Prime Minister Modi, as the president of the NMML Society and the Pradhanmantri Sangrahalaya, himself outlined some of his thoughts and ideas for the future of this institution of national importance. As also reported in the Press Information Bureau release, Modi wanted NMML to play a crucial role in enhancing historical consciousness among the people of India. This is a very big ask, of course, but the Pradhanmantri Sangrahalaya could make it happen in a manner attractive to the youth. College and university students could come to the venue for quizzes, competitions, debates, essay writing, and other activities, for instance.

Modi also wanted NMML to help in the global commemoration of the 200th birth anniversary of Swami Dayananda Saraswati (February 2, 1824-October 30, 1883). Saraswati was an extraordinary scholar, religious and social reformer, institution builder, and one of the greatest founders of modern India. Though the imprint of his ideas is etched in distant lands across the world, indeed, wherever the Indian diaspora settled, in the land of his birth and work, he is not well-remembered today. Despite the fact that almost every major Indian city has a DAV—Dayanand Anglo-Vedic—school or college. Or some academic institutions of note founded by members of the Arya Samaj. The Arya Samaj itself, which Saraswati started in 1875, predates the Indian National Congress by a decade.

Several other ideas came up, which are not mentioned in the PIB release. Among these, the proposal to grant PMML a deemed university status along the lines of the National Museum is worth mentioning. This would allow courses, both certificate and degree, for those working in archives and papers in other parts of India. Outstanding work, done with the PMML resources, might also be considered for doctoral degrees, jointly awarded with recognised universities or by PMML itself, if proper procedures, including research supervisors, are in place. Digitally linking up similar archives in other parts of India would also be a step forward.

But before ending, I wish to recall what Prime Minister Modi said about facilitating the orientation and training of museum and archive support staff from all over India at PMML. Whenever one visits a museum in India, one notices that the caretakers, guards, janitors, or other supporting staff, have little idea and less respect for the importance of the building or its contents. They talk loudly in the galleries, smoke on the premises, and even show utter disregard to the extent of damaging the artefacts. How wonderful it would be if they were brought to the PMML for an orientation course that would give them some sense of how valuable their job and role in preserving national history and culture is.

Why didn’t anyone think of this idea earlier, I wondered. Now that the prime minister himself endorsed it, I can only hope that it will be implemented.