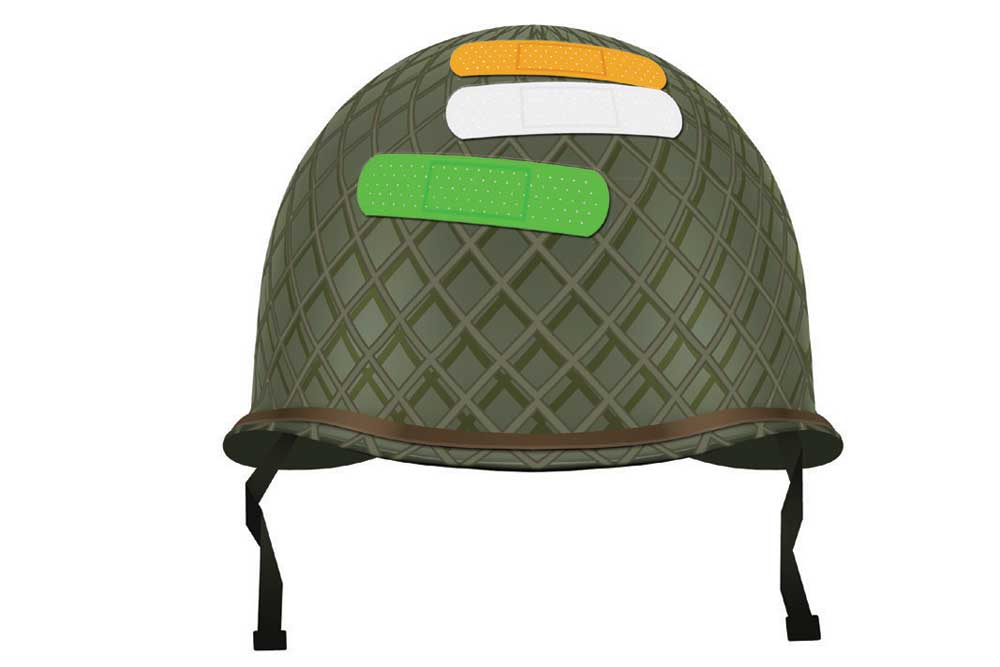 THE RULING BHARATIYA Janata Party’s success in the recent state elections, crowned by the stunning results in Uttar Pradesh and Uttarakhand, has stamped Narendra Modi as a political man without parallel perhaps in the history of the Republic. No Prime Minister so far has sported such keen political antennae that pick up the slightest tremors of popular anger and angst, gauge the people’s frustrations and despair, and shape the voters’ collective consciousness and cater to it with appropriate government action and policies. He can apparently do no wrong. Everything he attempts, however dubious, turns into a political windfall (to wit, demonetisation). That unerring sense of what will play at the grassroots level is instinctive, not something learnt over time. If this were not the case, Rahul Gandhi and Akhilesh Yadav would now be preparing for bigger things, one as Congress party chief busying himself to replace Modi at 7 Race Course Road two years hence, the other as UP Chief Minister consolidating his hold over the country’s most populous province and positioning himself in national politics to pole vault into the Prime Minister’s seat should the opportunity arise. But compared to Modi, these two seem like amateurs, ‘bachcha log’ playing at power daddies. Then again, there’s no stalwart political leader elsewhere in the country who is the Prime Minister’s equal. With BJP boss Amit Shah playing Tonto to his Lone Ranger, Modi has tamed the opposition and the Rashtriya Swayamsevak Sangh (RSS) and about wrapped up the 2019 General Election as well.

However, for a politician who has overturned every political rule of business at home, remade his party, and is in the process of making the country over, the surprise is that he has not been disruptive in India’s international relations. Disruption is what got China to where it is now, has strengthened Pakistan’s hand in dealing with great powers, and provided North Korea the wherewithal to hold the US at bay. The adoption of a disruptive attitude and policy mindset that has helped other countries make it in the harsh global milieu should commend itself to Modi, who has embarked on realising a brash ‘new India’. This will run smack into the Ministry of External Affairs’ traditional advice to prime ministers emphasising continuity and caution, counsel that Modi has faithfully followed since May 2014. His foreign and military policies are a copy of those pursued by the much reviled Congress Government of Manmohan Singh. But it is not a recipe for a ‘big bang’ impact.

The ‘short-term maximiser’ policies that Manmohan Singh followed, mixed more recently with the drumbeat about terrorism and ‘surgical strikes’ to pressure Pakistan, have about played themselves out. It has never made strategic sense, moreover, for India to buy goodwill of the West and Russia by signing multi- billion dollar deals for high-value military hardware, and this approach won’t persuade the Trump administration to leave the H1B/L1/H4 visa channels slightly ajar for Indian techies to squeeze through. Nor will any big power relent on India’s membership to the UN Security Council, the Nuclear Suppliers Group, or even the Asia-Pacific Economic Cooperation forum— unless Delhi shows it means business.

What is not recognised in Delhi is just how crucial reaching a modus vivendi with Pakistan is to India’s great power ambition. Pakistan is sufficiently strong, especially with military, economic and technological aid and assistance provided by China, huge transactional fees (as a frontline state on Afghanistan) extracted from the US, and a Russia loosening up on military supplies, to seriously hinder India’s plans. Maybe Modi is aware of the importance of cultivating Pakistan. His clearing the visit by three Members of Parliament, including Shashi Tharoor of the Congress party, to attend the Asian Parliamentary Assembly in Islamabad soon after the announcement of the game-changing Uttar Pradesh election results, is a good sign. Perhaps the Prime Minister will follow this up by reviving the Musharraf solution for Kashmir. Atal Bihari Vajpayee almost accepted President Pervez Musharraf’s July 2001 proposal, which offered Islamabad a fig leaf to back out of championing the Kashmir cause by forming a joint India-Pakistan body to ‘oversee’ the state’s affairs even as each country retained sovereign authority over J&K territory in its possession. It’d have turned the Line of Control into the de jure border. But with Vajpayee’s advisers distrusting Musharraf’s promises about stopping jihadi terrorism, that solution was interred in Agra.

If despite a horrible record of violating contractual obligations, the Indian Government trusts Washington, Paris and London to deliver specialised ordnance and critical military spares in crises, Modi can surely take the far lower risk of trusting Pakistan to stick to its word. And now there’s a Pakistan Army chief, General Qamar Javed Bajwa, who is mulling the Indian model to keep the army out of politics. Were Modi to show the slightest interest in a Musharraf-type compromise, an entente with Pakistan is possible, with Bajwa likely supporting the Nawaz Sharif regime.

It will forever rid Indian policy of its Partition pathologies and the tendency to externalise communal tensions in society into mindlessly adversarial relations with Pakistan. The result will be that the United States, Russia and China, in the main, that have manipulated Delhi by calibrating their approach to Pakistan, will be bereft of that lever. It will be the foreign policy reset the country has long been looking for, raising India’s stock and Modi’s standing in the world, and comprehensively enhancing the country’s geopolitical stature and diplomatic leverage. With the big powers losing their punch, Modi can play off the US against Russia, Russia against China, the US against China, and generally position India as the global power balancer able to twist the outcomes of regional and international forums to India’s advantage.

IN TANDEM WITH those developments, Modi has to ensure that India ends its arms dependence on foreign countries by rejigging his ‘Make in India’ programme. Apparently because of lack of clarity on its objectives, this policy has so far cued the licence manufacture by private sector players of obsolete weapon platforms, such as F-16 combat aircraft of early-70s’ vintage. Constituting a parallel capability to that of defence public sector units for assembling weapon systems based on screwdriver-level technology will not, however, make India self-sufficient in arms. Nor will it help set up a profitable, self-sustaining, high employment-generating national defence industrial powerhouse that acts as a technology innovator. For such an industry to be viable, India would need the integration of public and private sector resources, economies of scale, and a military fully reliant on indigenously designed weapons and equipment.

Yet, decisions to meet military needs with imports get more egregious by the day. The latest is the Navy’s opting for an imported carrier fighter plane at the expense of the navalised Tejas Light Combat Aircraft, thereby all but killing the latter’s development as a flagship enterprise that showcases the country’s capacity to design and produce complex weapon systems. The foreign aircraft for our Kochi-built aircraft carriers won’t be inducted before 2025, by when the naval Tejas, of reduced weight, would be available for induction. In the face of reckless foreign procurements by the armed services, Modi has to do something revolutionary: announce the termination of all underway defence deals and ban all armament imports. Since the addiction of Indian armed services to foreign military goods could cost the country $250-$300 billion over the next 25 years, going ‘cold turkey’ is the only remedy. There will be withdrawal pains, but if this ban is combined with making the military brass and Defence Ministry bureaucrats in the acquisitions loop—everybody, that is, from the armed services’ chiefs to the defence secretary—formally accountable and responsible for bringing indigenous armament projects in on time and within allotted cost frames, the impact will be enduring. With a Damocles sword hanging over their necks, you can bet there’ll be no pussyfooting.

Negative reactions from supplier states grown fat on arms sales to India can be expected. But Modi can ward them off by warning that any untoward action will mean an instantaneous cut-off of access to the Indian market. It will have a salutary effect. In this respect, Modi may care to recall that it was precisely the Western technology denial regimes of the 1980s and the consequent absence of an import option that compelled India to become entirely independent in strategic armaments—ranging from nuclear-powered ballistic missile firing submarines and accurate long-range missiles to nuclear weapons. Replicating such results in the technologically far less challenging conventional weapons sphere should not be difficult.

It only needs a strong-willed Modi to shut down the deeply entrenched arms import eco-system in Delhi that features foreign arms companies, commission agents, and hordes of facilitators within and outside government. If the Modi dispensation has so far escaped being tainted by defence scams and charges of corruption, of bribery and payoffs, that have tarred many reputations in the past (including Indira Gandhi’s), and brought down the governments of Rajiv Gandhi and Manmohan Singh, it is a matter of luck. Unless the arms import lobby is weeded out, root and branch, the influence on Indian policy of the US, France, Russia, Israel and the UK will remain unchecked, and the resulting corruption will end up soiling the BJP Government’s escutcheon, doing Modi’s reputation and his 2019 re-election prospects no good. 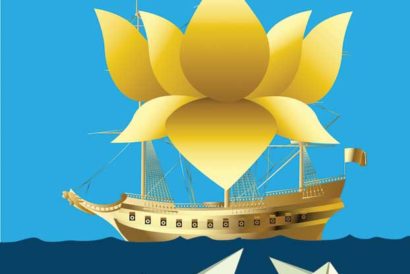 From Identity Politics to Aspirational Politics

Name of the change 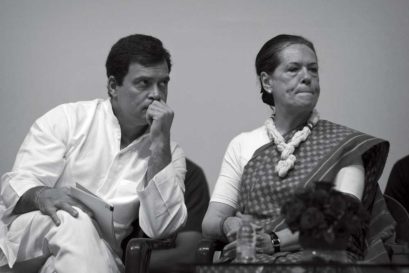 Rahul Gandhi and the Last Rites of a Notional Party

A sense of ending 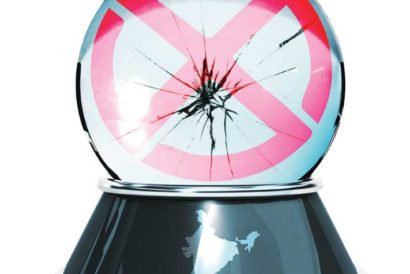 The Damned Science of Psephology

Maybe we need a new method for reading the mood