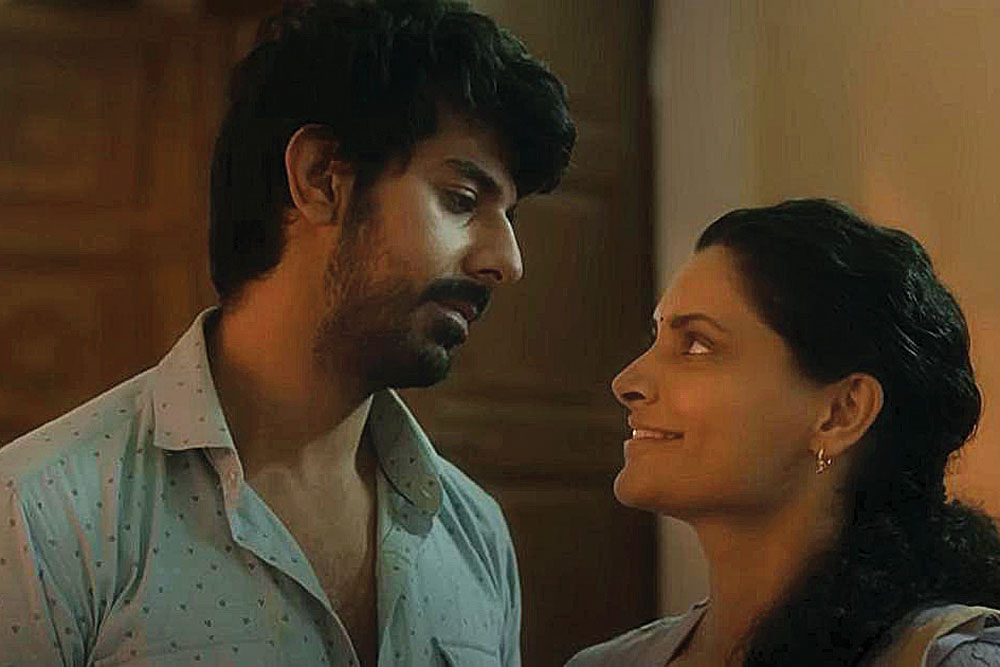 Pavail Gulati and Saiyami Kher in Faadu: A Love Story

Utth meri jaan mere saath hi chalna hai tujhe (Get up darling, you have to walk with me)’. Kaifi Azmi wrote this poem 75 years ago, and it is something his great-niece Saiyami Kher (her father is brother-in-law to Kaifi and Shaukat Azmi’s son) believes is an ideal romance. A relationship of equals in which the man and wife walked in step. As the romantic dreamer, Manjiri, in Faadu, she is the anchor in the life of her husband Abhay (Pavail Gulati). Much as he wants to fly high, she wants a simple life, immersed in her po­etry. He wants money, she wants to be happy. Both cannot co-exist. As he rises in his career, they grow distant. What ails her? Why can’t she be happy with a penthouse apartment with a pool in a city like Mumbai? What drives him? How much money is enough? Bollywood hasn’t given us a grown-up romance for a long time, where the couple looks as if they’re genuinely interested in each other’s lives, till they are not. She sees beauty in everything, even in the ugliness of Abhay’s words as he describes his life in the slum, cleaning his mother’s bed sores, and sweeping the gutter overflow from his chawl. He can only think of saving him­self, leaving behind the sweat and the smell of failure that hang around his origins. She quotes Sylvia Plath with shining eyes, he uses it to win over an artistically inclined princess whose fa­ther he wants to do business with. The movie is shot beautifully and the music is haunting. But what stays with you is the languid, unhurried pace of the narrative, which takes several detours, meeting characters who will play an important part in Manjiri and Abhay’s life, from a B-grade film producer to a Gujarati jeweller. What began as a pure relationship of two equals soon becomes a face-off be­tween Ghalib and Gucci, Faiz and Fer­rari. It ought to be sad, the unravelling of love, but it is not. This is a country of young people of new generations yet to have their time, of possibilities, of probabilities.

Why watch it: Pavail Gulati and Saiyami Kher bring love to life, and are riveting as they discover each other

The Crime Life of Kanyakumari

In Vadhandhi, Pushkar-Gayathri,the showrunners, lay bare the secrets of Kanyakumari, with its quaint churches, its windmills, its colourful homes, its red earth, and its end-of-the-world feeling. The case involves the death of a beautiful young woman, Velonie (Sanjana), and how a police officer, Vivek (SJ Suryah) solves the case, despite coming up against a series of dead ends. But while it is an absorbing police procedural, it is also a social commentary, which hopes to examine the way a young beauty is perceived by the media, the police and her own family. It has more than its share of the patriarchal male gaze, but the world Pushkar-Gayathri design is full of dread and danger. If Velonie is not the subject of lustful speculation, her mother is. And though the law does not judge, society does, as Suryah’s police officer says. The women don’t have agency in this universe, and the eyes that follow them everywhere are judgmental, critical and lascivious. Everyone gets to tell her story, except her—and when she does, it is right towards the end.

Why watch it: For Suryah as the determined police officer and the setting