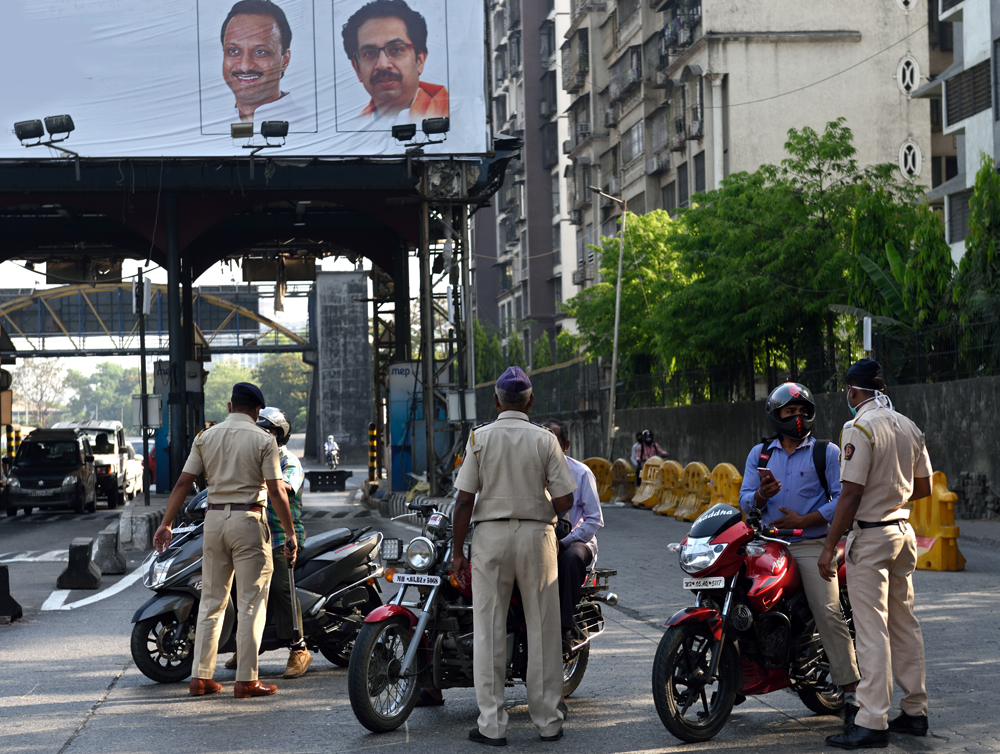 THE FIRST DAY after the lockdown, the police were beating up online delivery personnel. In Mumbai, where the curfew had already been in force for a couple of days, the chief minister himself had come on television to announce that these services were permitted. Government notifications that went to all its departments reaffirmed it. And yet, in every city that did likewise, enforcement of the curfew was brutal and total without regard to the exemptions. The police were made to temper themselves later but the question remains of the glitch in the process that added to the panic. Why should it have taken a few days extra to understand simple instructions spelled in black and white?

One reason is that when curfew is imposed, there is a standard template for the police and they only followed their conditioning. Having usually only been in this mode for law and order situations like riots, they didn’t know how else to behave. But there is another element at play, which spills over to many different sections of government in times like these. Emergencies make everything simple. Up to the point where it becomes clear that a lockdown is necessary, there is doubt on fallouts and consequences. But once the decision is taken, then all that remains is action and that leads to efficiency. India only gets a taste of it in extreme circumstances. It was not by coincidence that Indira Gandhi’s Emergency is still being remembered for trains running on time for the first time and it was not by coercion alone.

Emergencies, especially one related to a pandemic like the present one, are in one sense Darwinian, the most unfit are the first to pay the price. It is the lives of the old and the ailing that are now being claimed by the disease. When the lockdown ends, this will be the norm for businesses. Those that are weakest, burdened by loans whose interests they cannot pay, will be the first to fold. Those with plenty of reserve cash or who have had a line of investment will survive. Some excesses that should have always been trimmed will be also done because there is no option. For example, Tihar jail is planning to release 1,500 convicts and 1,500 undertrials because it is overcrowded. These prisoners will be the ones least deserving of being in prison. If jails are overcrowded beyond capacity, wouldn’t it make sense to do it even otherwise too? Emergencies make it easier for lazy bureaucracies to take decisions.

The first day after the lockdown, police guarding the borders between states had either of two decisions to take when trucks loaded with essential supplies arrived. One, to appreciate the underlying idea of the lockdown which is to stop transmission, a lorry carrying a driver and his helper shouldn’t pose a hazard is common sense. Their second alternative was to stop the lorry because they didn’t have specific orders to let one particular lorry through. They chose that option. Emergencies make it easier to take decisions but often not the right ones.