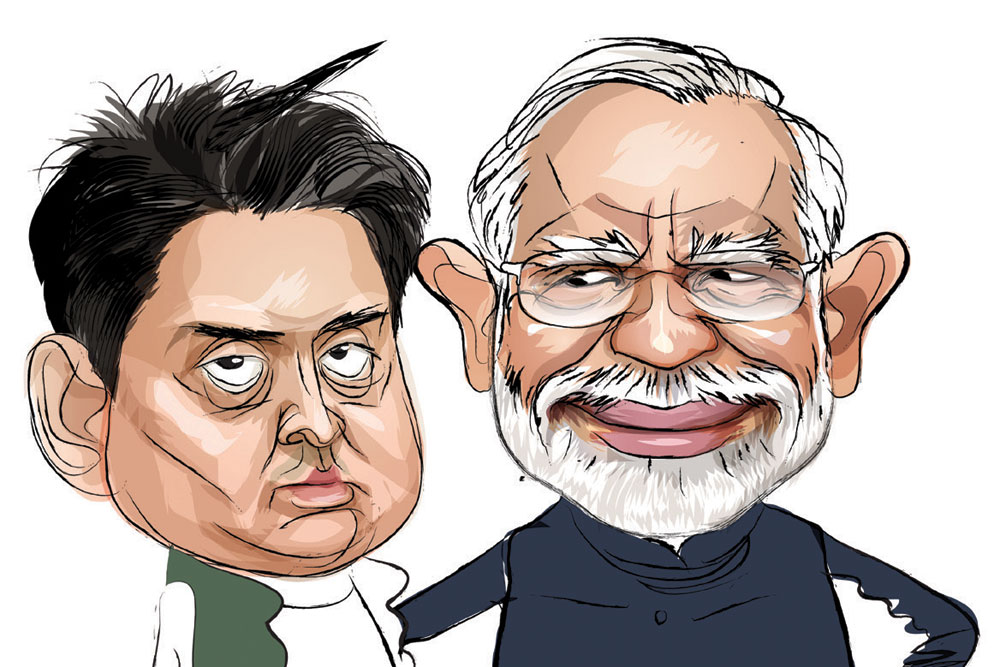 
The BJP had been in touch with Jyotiraditya Scindia for several months but the Congress never took it seriously. The man behind this entire plan is reportedly Home Minister Amit Shah. But someone else also acted as a key intermediary between Scindia and the BJP. Not his aunts, Vasundhara Raje or Yashodhara Raje, who are senior leaders in the party. It was a friend connected to Scindia’s in-laws, the Baroda royal family. Amit Shah had a good equation there too and he began communicating directly with Scindia, a reason why even most BJP leaders were unaware of what was afoot. The only party leader Shah used in the operation was BJP National General Secretary Bhupender Yadav.

In Parliament, there is solidarity developing among women MPs across parties. Nationalist Congress Party’s Supriya Sule, BJP’s Meenakshi Lekhi, Locket Chatterjee and Queen Ojha, Rashtriya Janata Dal’s Misa Bharti and a few other MPs are said to have bonded and often meet for lunch and dinner at their residences. They have also started a WhatsApp group.

Before sending the Madhya Pradesh breakaway Congress MLAs to Bengaluru, the BJP gave the responsibility of the mission to Aravind Limbavali, General Secretary of their Karnataka unit. He is an old Rashtriya Swayamsevak Sangh hand close to Amit Shah. He identified a farmhouse in Whitefield area and handled everything, from airport transfers to food and accommodation. Interestingly, Chief Minister BS Yediyurappa and many high-ranking office members in the local unit did not know about the operation. 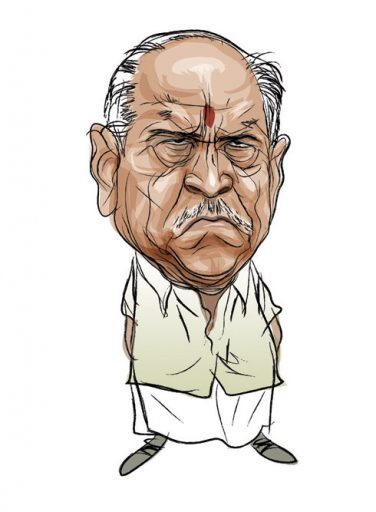 In the wake of Jyotiraditya Scindia leaving the Congress, Amit Shah has told Karnataka Chief Minister BS Yediyurappa to manage his own flock, according to insiders. There is turmoil in the party’s state unit with several BJP MLAs unhappy at not getting cabinet berths. Yediyurappa’s son, daughter and son-in-law are said to be interfering in the government, irritating many in the ranks. The Congress is actively trying to engineer a split. The BJP’s top brass in Delhi is reportedly of the opinion that should there be a fresh political crisis in the state with MLAs jumping ship, they would prefer to impose President’s rule. Governor Vajubhai Bala, a former Speaker in the Gujarat Assembly, has however told Amit Shah that the situation is better in Karnataka for now.

Okay from the Stars

The country came to know that Jyotiraditya Scindia had joined the BJP on the day of Holi, March 10th. It was also the 75th birth anniversary of his late father Madhavrao Scindia. But while the festival might have been an auspicious date from the BJP’s point of view, sources say Scindia himself told the party that he would consult his family astrologer to decide on the joining date. That is why he only formally joined a day after Holi, because the stars were thought to be more propitious.

After Jyotiraditya Scindia, there is now gossip about who will be the next Congress leader to defect. Shashi Tharoor’s name is being bandied about with many BJP leaders saying that his body is with the Congress but soul is with them. The other gossip is about Rajasthan Deputy Chief Minister Sachin Pilot, who is reported to be extremely unhappy with Chief Minister Ashok Gehlot. Sonia Gandhi has told Gehlot to ensure that Pilot remains happy with them.

Even though Narendra Modi had cancelled his Europe trip because of the coronavirus outbreak, now a pandemic, he was still planning to visit Bangladesh on March 17th for the centenary celebrations of Sheikh Mujibur Rahman, the first President of the country and the father of the current Prime Minster, Sheikh Hasina. She was also not keen to postpone the event but her personal doctor, ABM Abdullah, reportedly convinced her that it would be wise to reschedule given the scale of panic. That was how the Modi visit got shelved.

Meanwhile, Madhya Pradesh Chief Minister Kamal Nath is not in any mood to accept defeat. The sudden move to make strongman DK Shivakumar, the Congress President in Karnataka, is thought to be a gambit to try to get to the MLAs the BJP is keeping under its watch in the Bengaluru farmhouse. Shivakumar was reportedly unhappy earlier for not being made Congress president and has now been mollified. He too is an expert in resort politics and is reportedly trying to even break the BJP now.

The Modi Government is not keen on two television channels being owned separately by Lok Sabha and Rajya Sabha and wants them merged. Even M Venkaiah Naidu, who as Vice President and Speaker of Rajya Sabha is in charge of its channel, is in favour of the merger because he thinks that during a period of economic crisis, the Government needs to cut spending. But Lok Sabha Speaker Om Birla is not keen on the move. The Government thinks it is spending too much on multiple channels which also includes Doordarshan.