Is Procrastination Such a Bad Idea?

The aesthetics of slowness 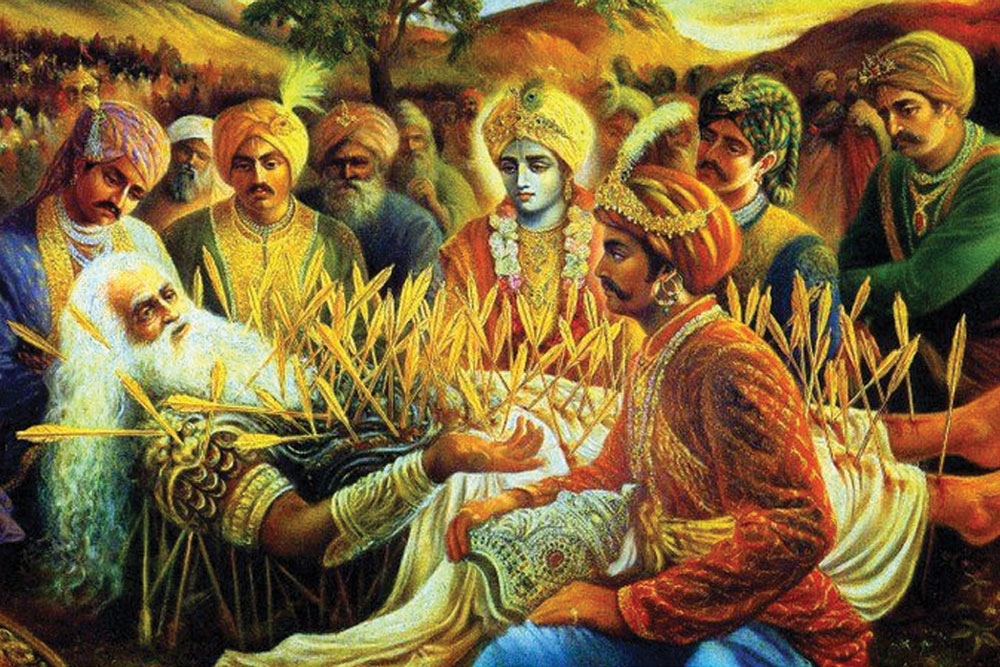 AFTER THE KURUKSHETRA war was over, the Mahabharata has a long section, where Bhishma instructs Yudhisthira, while lying down on the bed of arrows. In this segment, there is a story about Chirakara. Yudhishthira asked, ‘O supreme teacher! In determining what task to pursue, should one decide quickly or take time over the decision?’ In reply, Bhishma told him the story of Chirakara.

On one occasion, his father was angry at his mother’s promiscuous behaviour. Ignoring the other sons, Goutama told Chirakara, ‘Kill your mother.’ Though he agreed when he was asked, as was his nature, Chirakara thought about this for a long time. He was cautious and always thought for a long time about what should be done. ‘How will I follow the instructions of my father and yet not kill my mother? While apparently following dharma, how will I avoid being submerged in sin? Following the instructions of the father is supreme dharma. Yet, protecting my mother is my own dharma. Since a son is not independent, how can I avoid being afflicted? How can one be happy after killing a woman and their mother? How can one obtain status after ignoring their father’s orders? I cannot ignore what my father has said. I must nurture and protect my mother. How will I resist suffering on either score? How will I not cross either? The father’s own self enters the wife and is born, so that conduct, character, lineage and family can be sustained. I am my father ’s own self. But I am also my mother’s son. My father spoke words at the time of my jatakarma and other minor rites. Those are sufficient to firmly establish the reverence that is due to my father. Because the father nurtures and instructs, it is supreme dharma to regard him as the foremost among instructors. That is dharma, conclusively determined in the Vedas. The only source of delight to the father is the son. The father is everything for the son. The body and everything else have been given by the father alone. Therefore, one must act in accordance with one’s father’s words and not think about it at all. If one acts in accordance with one’s father’s words, all one’s sins are cleansed. In sight of all the worlds, he provided fortune and objects of pleasure at the time of delivery. He was a party to the union and acknowledged this is the simantonnayana ceremony. The father is heaven. The father is dharma. The father is the supreme of austerities. When the father is pleased, all the gods are pleased. Any benedictions pronounced by a father serve a man. When the father praises, there is cleansing of all sins. The flower is severed from the stalk. The fruit is also severed from the stalk. But even if the son’s affection decreases, the father’s affection remains.’ This is what Chirakara thought about Goutama.

But he continued. ‘Let me now think about my mother. I have been born on earth as a compound of the five elements. But my mother was the origin, like the two pieces of wood used to create a fire. For the body of any man, the mother represents those sticks and saves him from all hardships. When she is there, there is no reason for sorrow. When she is not there, there is hardship. Even when a person is divested of riches, his mother is there in the house. Even if a person has many sons and grandsons, even if he is one hundred years old, when he approaches his mother, he behaves like a two-year-old. Whether a person is capable or incapable, whether a person is fat or thin, the mother protects the son. According to the ordinances, there is no one else who sustains in that way. When he is separated from his mother, he ages, he is distressed and the entire world seems to be empty. There is no shelter that is equal to a mother. There is no objective that is equal to a mother. There is no sanctuary equal to a mother. There is no protection equal to a mother. Because she bears him in her womb, she is known as Dhatri. Because she gives birth, she is known as Janani. Because she nurtures his limbs, she is known as Amba. Because she gives birth to a brave one, she is known as Virasu. Because she nurtures the child, she is known as Sushru. There is no difference between a mother and one’s own body. Unless his head is empty and he is devoid of his senses, which man will kill such a person? When a couple unites to bear life, there is resolution in both the mother and the father, but success in accomplishing that objective depends on the mother. The mother knows the gotra and the mother knows who he has been born from. The mother’s pleasure comes from nurturing alone. The father’s affection is from a desire to have offspring. A husband is known as Bhartaa because he sustains his wife. He is known as Pati because he protects his wife. When these two traits disappear, a husband is neither a Bhartaa nor a Pati. A woman cannot commit a crime. It is the man who commits the crime. While adultery is a great crime, it is the man who has committed the crime. For the wife, it has been said that the husband is the greatest protector and the supreme god. She gave herself up to someone who was in the form of that supreme person. In all acts that involve crimes, women never commit the crimes. She is a woman and a mother and occupies a position of greatest reverence. Even brutish animals know that such a person should not be killed. It is known that the father is alone a collection of all the gods. But because of her affection, the mother is a collection of all mortal beings and the gods.’

Goutama saw Chirakara standing there. On seeing his father, Chirakarika was extremely miserable. He threw the weapon away and bowed his head down, to seek favours. Goutama saw that his son was prostrate before him on the ground. He was extremely delighted to see that his wife was without harm. The son stood there humbly, with the weapon in his hand, expecting to be reprimanded. He asked if he should complete the task that had been assigned to him. The father saw that the son was still prostrate at his feet. The father praised him and said, ‘May you live for a long time. O fortunate one! O Chirakara! Because of the long time you took, I have been saved from great misery.’ Goutama continued, ‘Patient people should take a long time to act. One should take a long time before severing a friendship. One should take a long time before making a friend. Whether it is in anger, insolence, pride, hatred, wicked deeds or unpleasant tasks, a person who takes a long time is praised.’

Procrastination has a negative nuance. But Goutama approved of it, and so did Bhishma.