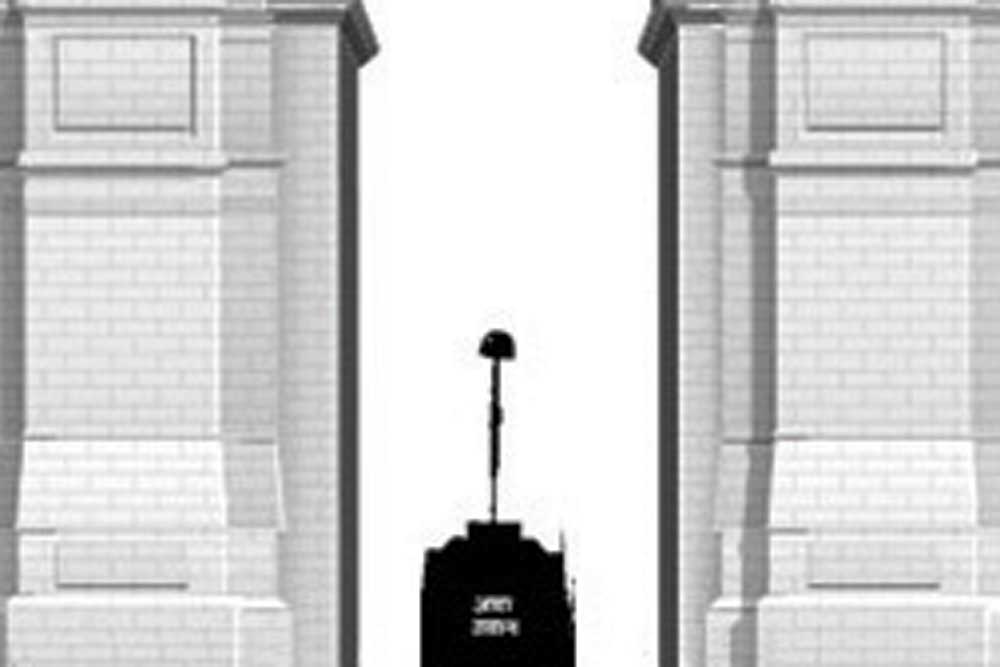 
WHAT A PITY Modi’s writ does not extend to monkeys. These simians who come raiding in groups and come at all odd hours but, mercifully, almost always in daylight, are in urgent need of some minimum degree of discipline. Like not invading peoples’ homes, laying waste to their best quality china, breaking jam and pickle bottles and generally creating a right royal mess. In the middle-class colony in a central part of the capital which has been our home for over four decades they have become such a nuisance that mothers fear leaving toddlers unattended for a split second, servants refuse to carry fruit and vegetables unless they have a big stick in hand and house owners have learnt to keep their doors and windows shut regardless of the weather outside. Having kept a langur on its payroll for some months to shoo away macaques, the residents’ association gave up once the latter wised up to their first cousin’s empty threats. The upshot is that each resident is now on his own, to fight his own battles with these four-legged thugs. Though I was aware of the menace wrought by the monkeys in the neighbourhood, I had not reckoned that I would personally suffer such a fright that it would leave me thanking god for saving me from what might have been a huge disaster. For, the other day when the mercury was closer to 50°C rather than 40°C, some half-a- dozen monkeys attacked the bank of water tanks on the third floor. Earlier on a number of occasions they had broken the flimsy clasp- locks on the tanks to quench their thirst and probably to take a dip inside, forcing me to order a steel enclosure for the tanks. Before it could be fixed, my major-domo kept a big stone slab on the tanks, firm in the belief that no monkey would be able to even shake it. How wrong he proved became clear a couple of afternoons later when that slab was disdainfully dislodged from its shaky perch—and it came three floors down with a huge thud. After hitting our sunshade it pierced through the windscreen of a neighbour’s swanky SUV only to settle, in majestic one-piece, on the driver’s seat, ripped apart with its sheer velocity. My first thought was what if it had fallen on a human being in the driveway? And I cannot bring myself up to think of the horrid consequences. In this case, only a couple of lakhs in repairs, partially paid by the Audi owner’s insurance company and the rest by yours truly seem to have settled the mess the four-legged barbarians had left at my doorstep. Now I must confess I too have joined the long list of people, right or wrong, who hold Maneka Gandhi responsible for the ever-present threat the ancestors of Lord Hanuman have come to pose to peace and quiet in our collective lives. Delhi is beset with the monkey menace and no one seems to know how to handle it. Parliamentarians had hired langurs as had the babus next door in various blocks and bhavans, but they too have given up on langurs. Meanwhile, as experts spewing jargon would tell you, it needs a holistic solution, mankind has invaded their natural habitats, Hindus love to share their meagre food with Hanumanji’s Sena, it is illegal to cage a monkey, etcetera, etcetera. But, tell me, is it alright for monkeys to raid your house and well… monkey around at their sweet will without as much as your leave? Ask me… I have just picked up a huge tab for no fault of mine, didn’t I?

OF COURSE, IT IS futile to expect a ‘mea culpa’ from pollsters who every election set out on a countrywide tour, all paid for by a New York banker—and whom they compensate by opening doors for him—who had predicted a non-BJP coalition. But a prominent Gurgaon real estate tycoon who allowed his heart to rule his mind and predicted an end for the Modi raj is regretting his indiscretion. His far bigger neighbour next door was wiser. A life-long ally of the Grand Old Party, he took care to build bridges, first, with the Vajpayee Government, helping key figures with flats and plots at ‘very reasonable prices’. And, then, he seems to be succeeding in Modi Sarkar as well, having virtually pushed to the back burner one of the more egregious scams of the UPA era when overnight land use was changed to bestow favours on the Chosen One. As for the builder who predicted an end of the Modi Sarkar… well, he is hard put to raise funds to honour commitments. Or else, the Modi Sarkar could come marching in with its bankruptcy code, RERA, etcetera.