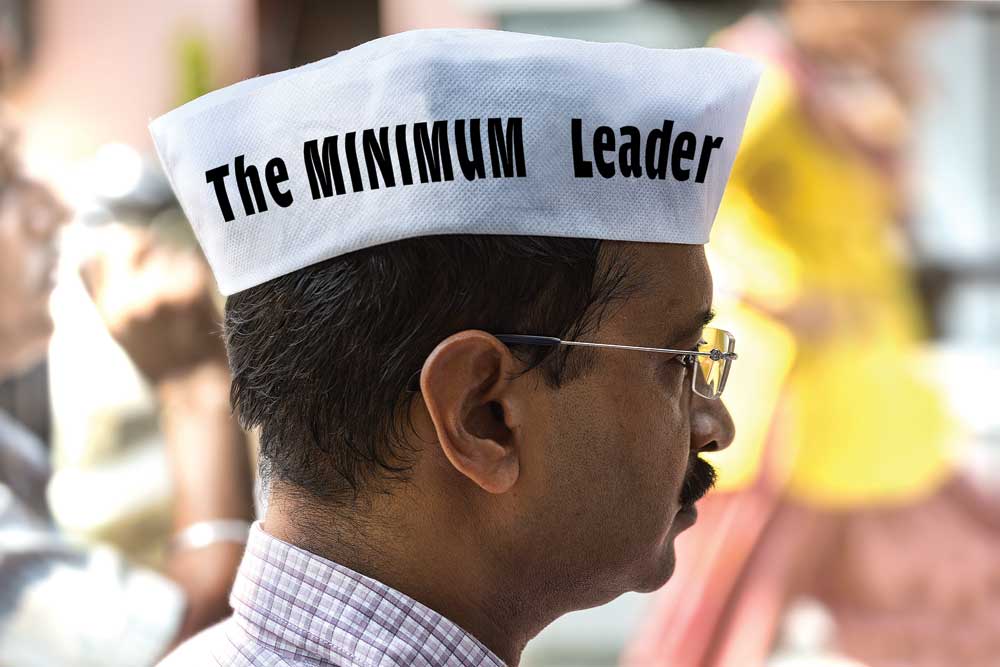 ARVIND KEJRIWAL IS an enigma. He began his career as an executive in Tata Steel but soon joined the Indian Revenue Service (IRS) before leaving to become an activist. The Anna Hazare movement in 2011-12 elevated his profile. The newly formed Aam Aadmi Party (AAP) won landslides under Kejriwal’s leadership in the Delhi state Assembly election not once but twice (in 2015 with 67 out of 70 seats, and in 2020 with 62 seats).

So, can AAP fill the national opposition space that the shrivelled Congress once occupied? Most powerful regional opposition satraps are handicapped by strong identification with their states. Mamata Banerjee’s appeal doesn’t travel well outside West Bengal as the results of the 2022 Goa Assembly polls underscored. The Trinamool Congress won just 5.2 per cent vote share, and no seats.

Kejriwal stands out because he’s not tied down to a region. Hence the belief among those disappointed by Congress’ fading challenge that Kejriwal’s AAP is the natural successor to the Gandhis’ Congress as a national alternative to BJP.

But there is a difference between promise and delivery. Kejriwal has morphed from an anarchist to a politician only in the past three years. In his anarchist days, he called Prime Minister Narendra Modi a psychopath and abused the late Arun Jaitley. He was forced to apologise to Jaitley in court to end a criminal defamation case. As Delhi chief minister, he slept in a dharna for days in the waiting room of the lieutenant governor’s office.

AAP is a tightly run ship. Most of its co-founders have left or been thrown out: Yogendra Yadav, Prashant Bhushan, Kumar Vishwas and several others. Punjab Chief Minister Bhagwant Singh Mann is a puppet chief minister with the strings pulled in Delhi by Kejriwal. Raghav Chadha, a chartered accountant, is AAP’s professional face. He ran the party’s successful Punjab campaign.

But AAP’s real test will come later this year in Himachal Pradesh and Gujarat. The en masse defection of AAP’s Himachal state unit to BJP is an early red flag for Kejriwal. In both Gujarat and Himachal, AAP will end up making a BJP-Congress binary contest a triangular battle. Kejriwal knows that AAP may end up helping BJP by cannibalising the Congress vote—a replay of what helped a struggling BJP retain power in Goa. If Goa had remained a straight BJP-Congress contest, there would probably be a Congress government in power today in Panaji. The same scenario could play out in Himachal and Gujarat.


Kejriwal is a long-term player. He is targeting the next round of Assembly elections after the 2024 Lok Sabha election to capture the Congress space nationally. But with strong regional leaders in most opposition-ruled states unlikely to give Kejriwal room for manoeuvre, AAP will be left fighting in Congress and BJP states. That poses a problem for AAP

Kejriwal is a long-term player. He is targeting the next round of Assembly elections after the 2024 Lok Sabha election to capture the Congress space nationally. But with strong regional leaders in most opposition-ruled states unlikely to give Kejriwal room for manoeuvre, AAP will be left fighting in Congress and BJP states. That poses a problem for AAP. The only significant Congress-ruled states are Rajasthan and Chhattisgarh. Neither state is amenable to AAP’s style of politics.

BJP and NDA states—17 in all—are even tougher to break into as the examples of Uttar Pradesh, Bihar, Uttarakhand and Madhya Pradesh have shown. Without BJP’s Hindi heartland states and without opposition-ruled states in the south and east, AAP could run into an electoral wall.

Kejriwal is smart enough to know this. After experimenting later this year with Gujarat and Himachal, he will focus on Haryana (his home state) where BJP’s leadership has been lacklustre. Assembly elections are due in October 2024.

Kejriwal is trying hard to avoid Rahul Gandhi’s mistake of openly appeasing a Left-Islamist vote bank. He has positioned himself as a good Hindu, not a votary of Hindutva. But it is precisely Kejriwal’s shifting ideological positions that have drawn the sharpest criticism: his lack of principles. Delivering education and healthcare to a city-state like Delhi and winning an emotive election in Punjab are not enough to dispel perceptions of AAP’s alleged dalliance with Khalistani separatists and ambivalence on Pakistan-sponsored terrorism.

By questioning the Uri surgical strike in 2016 and the Balakot air attack deep into Pakistan in 2019, Kejriwal revealed a side of his personality that he today increasingly downplays: Left-Islamism rendered Rahul Gandhi hors de combat. The same long-term fate could await Kejriwal.