Tom Hanks: ‘Working with Meryl Streep was the most magical part of my career’ 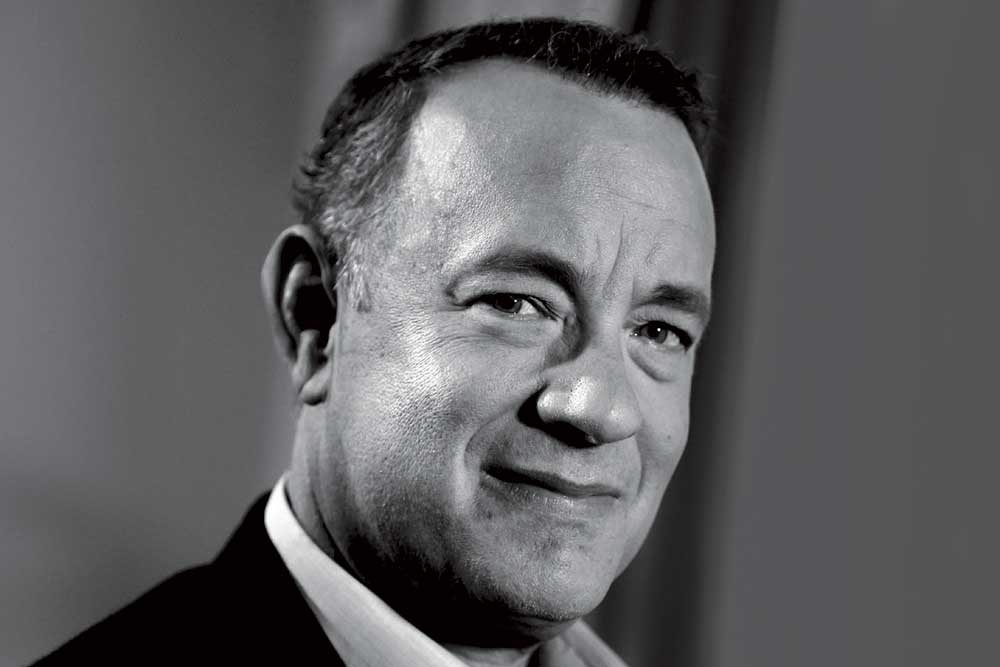 SIXTY-ONE YEAR old Tom Hanks is one of Hollywood’s most bankable stars. He earned his first Academy Award nomination as Best Actor back in 1988 for the fantasy-comedy Big. He has since made a name for himself with landmark films such as Forrest Gump (1994) and Sully (2016).

He stars opposite Meryl Streep in his latest film The Post, directed by Steven Spielberg. Streep plays the founder and publisher of the Washington Post. With the help of her editor Ben Bradlee (Tom Hanks), they try to catch up with The New York Times in a race to expose a government cover-up that spanned three decades.

In your research, what did you discover about Ben Bradlee?

Well, I think the degree of competitiveness that he had straight as a guy wanting to be number one. At the time, the Washington Post was in a little bit of a death battle to be the number one newspaper in Washington, because the Washington Star had been the most popular and well-read newspaper and the Post had long been either an also-ran or in third place. So, when he took the job, he didn’t want it to be a second-rate paper, he wanted it to be the number-one paper in Washington, so he not only took on the local paper but also The New York Times… And he was fearless in his battle to publish the Pentagon Papers, even if it meant that he would land up in jail.

I think I had only five scenes with Meryl and only four made it to the screen. But those were the most exciting, magical days that I have ever had in my long career. You get to do a lot of cool stuff in movies. But in this movie, I got on set and was one of two people in a room saying very adult things to each other for four, five pages. And to be able to do that with an artist who I think is the greatest actor who has ever been asked to perform on celluloid, Streep! I can’t say that it was a dream come true because I was terrified at the prospect of doing it, but when it was done, I felt as though I had been elevated by somebody who is incredibly gracious and sharing in their process. She was like a member of the ensemble, meaning that she was just like every other actor who has ever been in a movie, but we all know that she is unlike anybody who has been in a movie.

How did this role resonate with you?

I’ll tell you why and it’s for very selfish reasons. One is because I knew Ben Bradlee. I have had dinner with him on several occasions, so I had the exposure to him; this is back in the 90s when we were doing a lot of work with the World War II memorial that’s on the Mall in Washington DC. So knowing the man and then reading his autobiography and seeing all the videos, all the research I did on him… it was familiar, I knew the guy, I heard his voice, I heard his meter and his cadence and his personality in everything that I saw, so it was familiar to me.

The other aspect, I also worked with and was a great admirer of Jason Robards. Jason played Ben in All the President’s Men (1976). So [I was] between these two great icons, these monumental men, one who was the guy and the other who became the embodiment of the guy. I don’t want to be one of those actors who throws around words like ‘challenges’, but this was one of the greatest challenges because I was not the first guy to play the part and I am not the lead player; I am part of an ensemble that is meant to support the bigger, true, more personal story, that isn’t about history or headlines and the record. It’s actually about a very private relationship between two people, so my performance had to be somewhere between mimicking the man and an interpretation of what he went through. Steven Spielberg told me that he didn’t want an imitation. He wanted me to find the perfect mix.