Rami Malek: ‘I too felt like an outsider sometimes’ 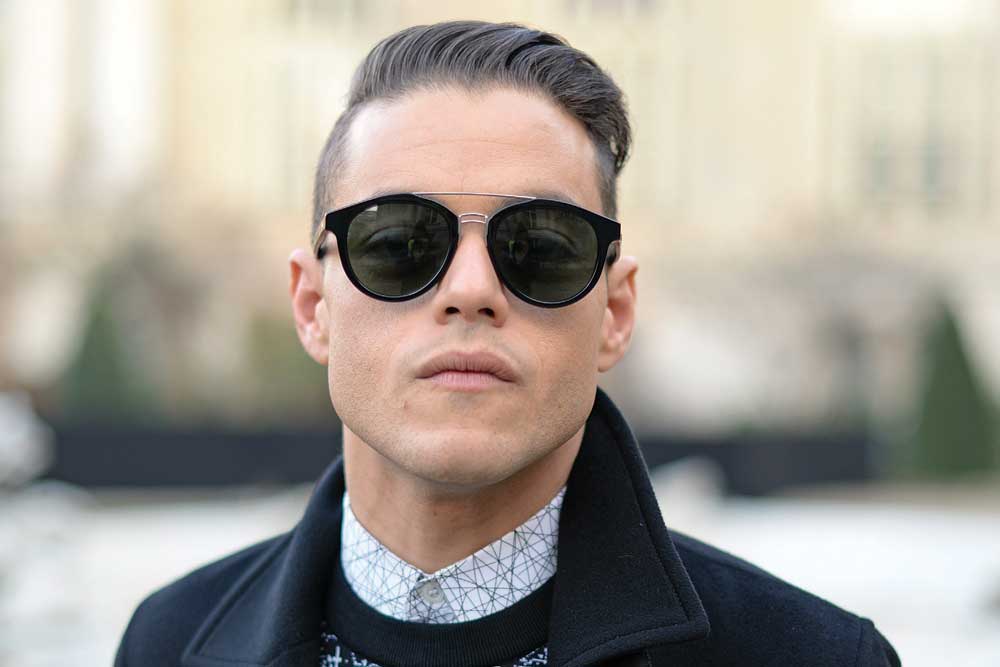 FROM HIS HIT TV show Mr. Robot to playing British singer Freddie Mercury of the rock band Queen in the film Bohemian Rhapsody (2018), Rami Malek has made the transition smoothly, but not without angst and much nervousness. He did not know if he would ever get the part, but he wanted it so badly that he spent two years researching and immersing himself in the character of Freddie, trying to absorb the essence. Born to an Egyptian immigrant couple in 1981, Malek studied theatre at the University of Evansville, Indiana, and later worked in restaurants and made falafel for a living. His drink of choice is canned beer with tequila.

How did you prepare yourself to play Freddie Mercury?

I’d be hard pressed to find something on Freddie Mercury that I have not seen. Even now when the film is done, I’m so enamoured of him, I find myself searching for something more. I knew early on that this part may be mine, but I’ve been in this situation before where you get promised something but you could never be rest assured until you sign on the dotted line. I thought that if it was going to happen, I had better be prepared. I even had a set of teeth made because Freddie had teeth that protrude a little bit, and every night I would practise without even knowing if the role was mine. And when I had a break from filming Mr. Robot, I flew to London and went to Abbey Road. I paid my own way, hoping that someday I will be reimbursed. I hired a movement coach instead of a choreographer because Freddie just picks up and does whatever happens to him instinctually. As I said, I flew to London whenever I had a break from filming; so I was doing two things at the same time. It was a daunting experience, but I think it was worth it.

In what way do you relate to Freddie personally?

I think in the same way that so many people can relate to him. There’s one moment in the film where I’m talking to someone as Freddie, and he says, “What is it that sets you apart?” And the band can’t find an answer. But Freddie chimes in and says, “We are all misfits singing to other misfits, the ones right at the back of the room, the outcasts who feel that they don’t belong, we belong to them.” And for me, it’s the same thing I can connect with. I’ve felt like an outsider sometimes, and here is Freddie, a young man who was born in Zanzibar, shipped off at a very young age to Bombay to go to boarding school, and upon his return to Zanzibar he finds the country is in this revolution and he is forced to flee to London, seeking asylum. So I can understand; my family came to the US [from Egypt] seeking a better life—growing up in the US feeling different, and having a household where you’d go home and speak a different language, and being made fun of because you were different, and you have an unusual name. I can also identify with the fact that being on stage or in front of a camera fills me with a certain confidence that I may not have had in my regular life. I feel that I can interact with other people in ways that hopefully raises some awareness of who we are and who we can be. And I’m very fulfilled that if there’s anything that crosses paths between the two of us, I consider that very flattering.

Freddie was a bisexual who died of AIDS. That’s a different set of emotions that you have had to portray. Was it difficult?

Yes. They are massive feelings and I think it’s difficult because I had to put aside all the music and everything, and look at him and say, ‘This is a person struggling to discover his identity. A complex person who in an interview can be one way and be in an entirely different form of himself around his family and girlfriend Mary Austin, with whom he was completely open and who he called the love of his life.’ And then, when he’s finding himself in how he identifies sexually, he’s another person and at one point not wanting to know if he was HIV-positive—that was a big tell for me. And the identity struggle throughout his life, which is reflected in the early lyrics he wrote. He’s got some lines where he says, ‘I’m forever searching high and low, but why does everyone tell me no?’ And I observed how the lyrics changed throughout his life.

Freddie, it must be noted, never took singing lessons but he had a very wide vocal range.