Mindy Kaling: ‘Indians can now excel in comedy and other areas in Hollywood’ 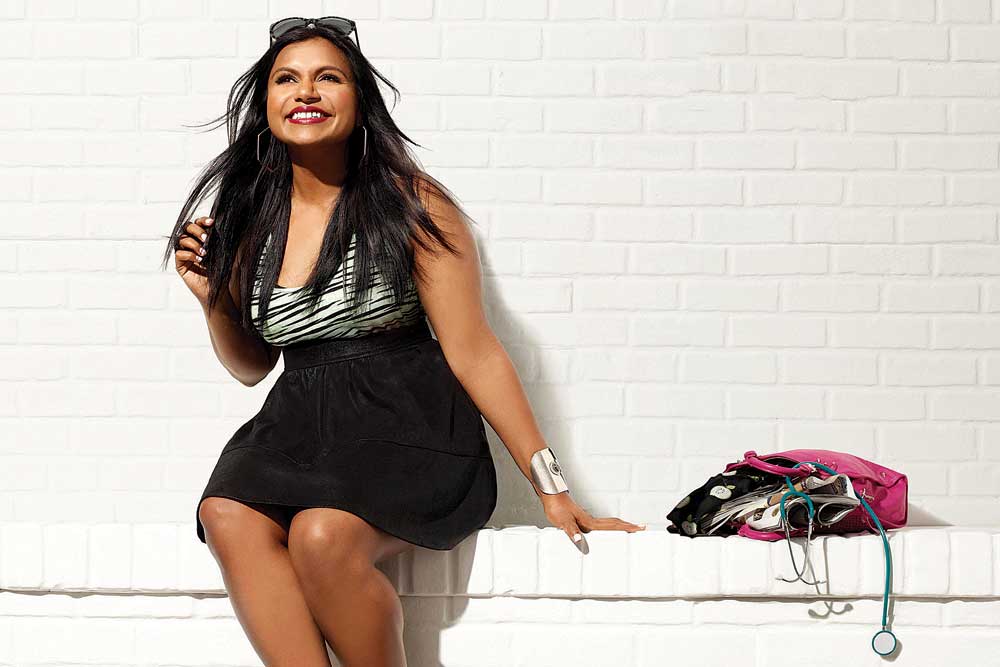 Ocean’s 8, with an all-female cast, has been one of the most anticipated movies of the year. It includes Sandra Bullock, Cate Blanchett, Rihanna and Anne Hathaway. Sandra Bullock plays Debbie, the sister of Danny Oceans, who has just been released from prison and has assured the parole board that she will follow the straight and narrow path, while all the time plotting to pull off one of the biggest heists of all time. She sets out to put together a team of crooks who can make this possible, and one of them is played by the Indian-American actor Mindy Kaling. Best known for popular TV shows such as The Office (2005) and The Mindy Project (2012), and famous for her wit, Kaling was the first female member of The Office writing staff.

I think that in this particular heist, where we have to steal a necklace, [women are] great. There’s a great line in the film where the character played by Sandra Bullock says, “I want women because I want people who are invisible.” And I found that to be well observed; as an Indian woman, you spend so much time flying under the radar that it is good for crime.

What was your first piece of jewellery?

I had my ears pierced when I was six months old. My daughter is five months and I couldn’t imagine getting her ears pierced any time soon. And as you know, yellow gold is very popular in the Indian community, so for every big birthday I would get gold jewellery, which is not at all that exciting a present for a toddler. So I have amassed quite a lot of gold jewellery from my Indian relatives. But I think the first was little gold studs for little six-month-old ears.

What was the all-girl atmosphere like on the film’s set?

Well, for one thing, everyone was very extroverted and chatty. Even Cate Blanchett, who always seemed to be made of glass, so I didn’t think that she would be that chatty. She has a kind of bawdy sense of humour, so it could be a little bit inefficient because we were just talking the whole time. I bonded with Sarah Paulson and we became close over the course of the shoot. Rihanna and I have been best friends for a long time. She is very shy for someone who appears to be such an extroverted performer, but she’s an extremely thoughtful person.

Did you see it coming, Indians becoming so popular in Hollywood?

I am Indian-American, but I grew up knowing the power of Bollywood my entire life. I knew that outside of the US there was a great audience and a desire to see Indians, and I was hoping that in my lifetime it would catch up. The resurgence of South Asian actors has been so amazing. Since I got my own show, there’s been Hasan Minhaj, Aziz Ansari and Riz Ahmed, and they are not side characters with goofy accents, they are handsome leading men. Hasan Minhaj’s face could stop a clock, he’s so handsome. And this is to say nothing of Priyanka Chopra, who is gorgeous. It’s wonderful that the only way to succeed as an Indian with dark skin is not just to be Miss America or be known just for your beauty. We can now excel in comedy and other areas. So I feel really excited about that. I had dinner with Riz Ahmed the other night and we were talking about how it was really exciting for us to see movies like Black Panther do so well at the box office because we feel that we are all in the same fraternity with our African-American and Black brothers and sisters. We feel that when they do well and get a voice, we will shortly be behind them. So that’s really nice.

Are you doing something to promote people of colour?

I have a couple of different TV shows. What you realise is that in order to have more people of colour and to have more inclusive people who work on your crews, your cast, your writing staff, a lot of times it is [about] hiring people who have not been hired before and mentoring them. They have to be taught or they are never going to get a second chance.