Lady Gaga: ‘To be a star is to have the courage of the human spirit’ 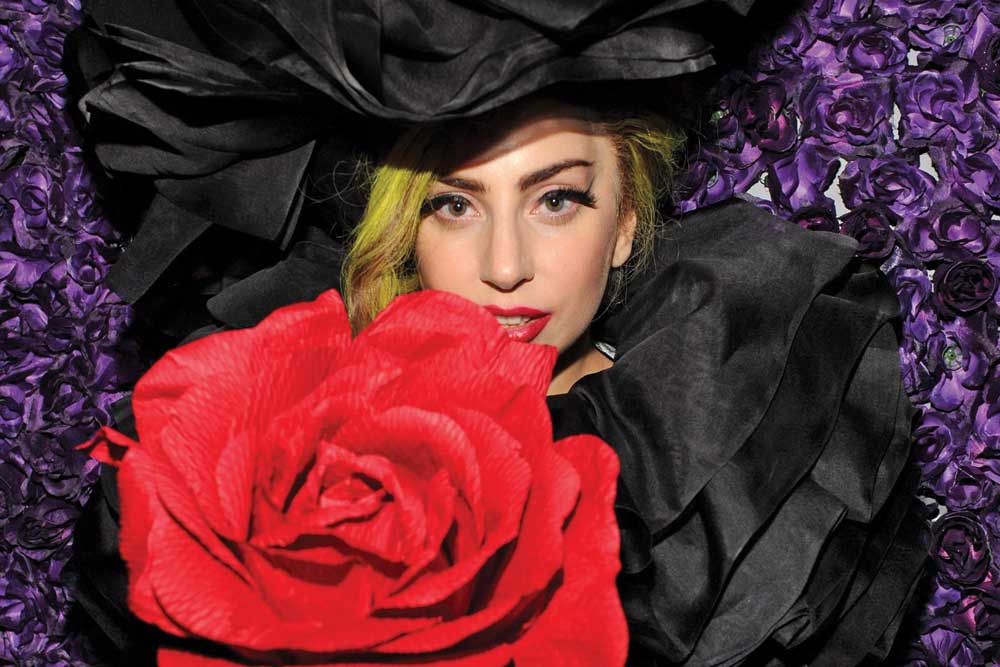 HOLLYWOOD SEEMS TO be in love with the title ‘A Star is Born’. The 2018 and fourth version of the 1937 original stars Bradley Cooper, who also makes his directorial debut with the film, and Lady Gaga, making her first screen appearance as a leading lady and fulfilling a lifelong dream of being a film star. Lady Gaga’s character has all but given up hope of making it as a singer until Bradley’s character, a well-established singer, gives her a chance to perform in public. As her star rises and his descends in the film, their love for each other starts waning. Lady Gaga was promoting the film at the Toronto Film Festival that ended on September 16th. Born Stefani Joanne Germanotta to an internet entrepreneur father and a telecommunications executive mother in New York, she started playing the piano at four and learnt it from a New York stripper.

So how did it all fall into place?

I knew it; I was feeding [Bradley Cooper] leftover pasta. We had this instant synergy, and not long after, he asked if I would sing with him. I played the piano and we sang Midnight Special. I was very nervous. As I played the piano and he began to sing, I stopped playing and said, ‘Oh my gosh, Bradley, you have this incredible voice, something that comes from deep within your soul, from the nectar of who you are’, and I was beyond inspired and knew that he was the only actor in the world who could play a rock star. I knew that it was the right project for me and I trusted him completely.

You did the film without any make-up. Were you nervous or concerned about how you would look on screen?

I trusted [Cooper] completely and believed in him. I think when an artist is moving from one medium into another and when that talent has been gestating for a long period of time, your first project is an explosion of talent, and I really believe that this film would be a masterpiece for him without me, but I found so much strength to be vulnerable, because he says to me in the film, ‘All you have to do is trust me’, and I trusted him completely.

Your long Italian nose is mentioned often in the film. So, I was wondering if there was ever a time in your career that you were asked to have a nose job done?

Yes, I was asked to get a nose job before I did my first music video, and I said, ‘No, I am proud to be Italian and I love my Italian nose.’ I didn’t always, but I learnt to love who I was and be authentic in my work as well; when people would come to me and say ‘Try dancing’, ‘Try looking this way’, I would always flip it on its head and do it my way. And this is how I maintained who I am throughout my work. If they wanted me to look like a sexpot, I wanted to look like the opposite. I was always trying to challenge the norms about what people think of women in pop music.

What does being a star mean to you?

To me what it means to be a star in this film is to have the courage of the human spirit. This is the biggest star that can be born. Bravery, understanding and compassion—that to me is what makes a real star. Do I feel like a star? There are moments when I am very aware and then there are moments when I am just a human being like everyone else. I am not here to be a star, but to be a voice and say something that will be good for the world.

You have a dream fulfilled by starring in this film. What are your other dreams?

I have dreams of being a mother, having a family and making more films and music. But I am glad that I am not obsessed with career expansion. I am much more inspired and that is why I made this movie and someone believed in me. A hundred people can be in a room and 99 people don’t believe in you, and if that one person believes in you, your whole career can take off.

Everywhere you go, you are hounded by photographers. Your life is not your own. How do you handle that?

There were times in my early career that I wished that I had someone to help nourish me psychologically, to handle the change. You are no longer a free being in many ways—you belong to the world.