Jackie Chan: ‘I’m not an action hero anymore. I am an actor’ 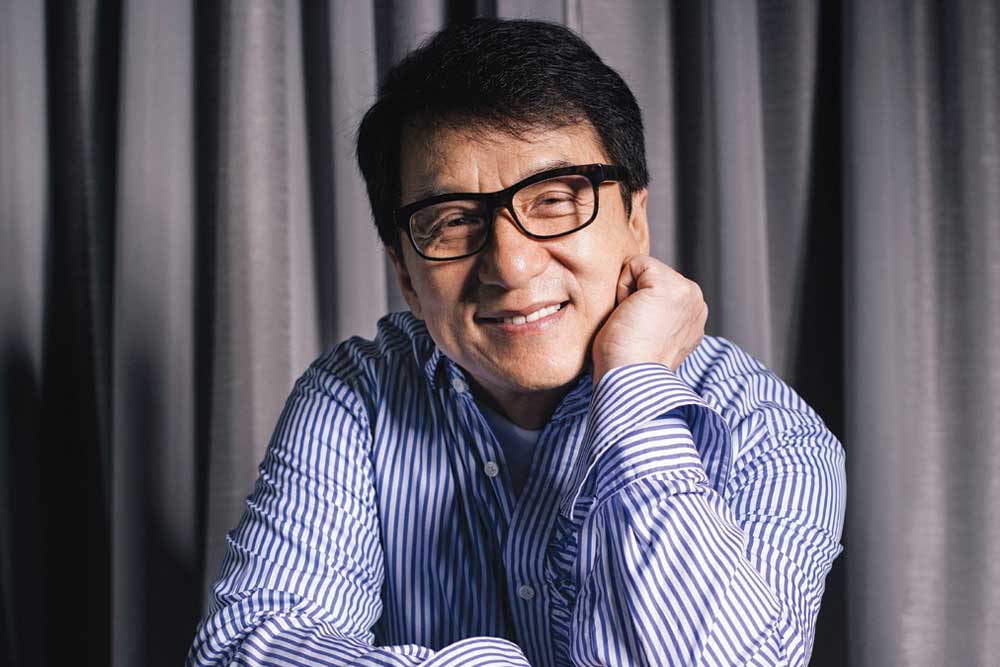 HE IS THE master of comic timing in whatever genre he has taken up, be it action, adventure or drama. But what is a rare Jackie Chan feat, in a career spanning almost five decades, is his doing justice to a serious role. At 63, the actor returns with The Foreigner, directed by Casino Royale’s Martin Campbell, about a man seeking to avenge his daughter’s murder, who died in a London IRA bombing. Here, he talks about trying to change his on- screen image, wishing to be a real superhero and his desire to make a difference.

We see you in a serious role in The Foreigner. Are you serious or angry in real life too?

Sometimes, I am angry at myself because all the children think of me as a superhero, especially after they watched Jackie Chan Adventures, a cartoon show. That aside, terrible things are happening the world over, such as the recent shooting in Las Vegas. I really don’t know what to do to help and that makes me angry. The only thing I can do is pray for them. I also like to make movies that promote love because they bring people together, sit down and talk, rather than kill each other. I am an ordinary person. Sometimes I want to be a real superhero and fly around the world. I really hope the world will have superheroes.

You recently spoke about how you want to play all kinds of roles. Do you have a dream role?

I really want to be in a film where the whole plot is a drama without a single punch. But it scares me because I don’t know if the audience will like that. I am not there right yet, I am preparing for it. Years ago, I did Shinjuku Incident. I am slowly letting the audience know that I am not an action hero anymore. I am an actor. I want the audience to know that Jackie is a multi-talented actor and can do many things. If a director hired me to do La La Land part two, of course, I would take it. I have a good voice and this year, I have a new record coming out. Forty years ago, I recorded a song, I Love You, You Love Me, which is about friendship, my family, my son and the world.

What is the biggest misconception that people have about you?

I am not an action or action-comedy star. I am an actor. I can do many things like Robert De Niro. He can do drama, play the criminal or the good or bad policeman; he can be all kinds of characters and that is what I want to be. So, I hope that another movie that I do will change people’s minds. I do know that it’s a big gamble. I do these action films to make money, because the audience will go and see them. It’s so sad but I have to do it. I have to change this image.

You seem to be someone who is concerned about what’s happening around us today. Can you talk about your charity work?

If you go to Jackiechan.com, you will see that my fans send me money. Even if they send me $1, I will utilise it. With the money that I have gathered, I have built 26 schools and an eye hospital in China and Hong Kong. What make me continue with these charities is the fact that my fans help me. In Germany, because of me, people are learning Chinese. People there go to the beach, pick up rocks, wash them, write in Chinese on them, sell them, and send the money to me. I could use that money and double it. I risk my life making movies but this charity work that I do is with the help of my fans. It is a gift.

I know that you prefer doing your own stunts, but can you recall a time when you pushed yourself too hard?

When I was young and did those stunts, I had no choice. They did not have the technology they have today and we didn’t have money. The only thing that we would do was to jump from buildings or over cars. Today, I have money and technology. However, if I was hired to play a superhero like the Spiderman, I will do it. But nobody hires me to make those kinds of movies.