‘I do what the script tells me,’ says Denzel Washington 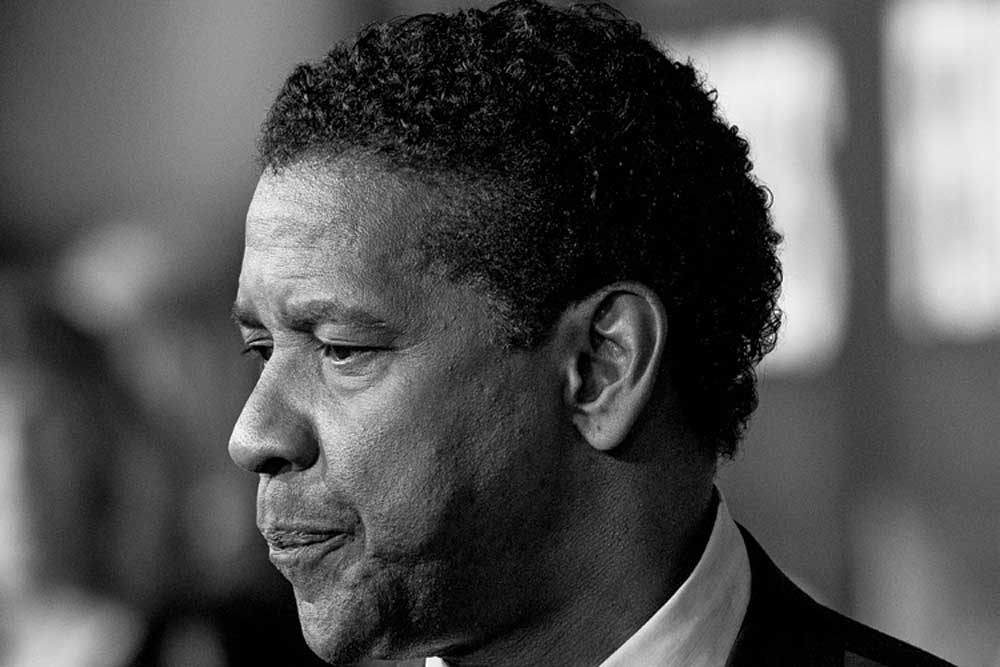 DENZEL WASHINGTON is Roman J Israel, Esq, in a movie of the same title. He plays a lawyer who has worked for the same pro-bono law firm all his life. He remains hidden away in a back room, assigned to do research. He’s some kind of a savant, who is seen but seldom heard. When the owner of the firm dies and a new team of lawyers takes over, he is faced with a series of events that will land him in prison. Washington is at the top of his game in his latest film. As Variety notes, ‘In Roman J. Israel, Esq, Washington rearranges the molecular metabolism of his personality. You recognize him, but it’s also as if you’ve never seen him before. No wonder you can’t stop staring.’

You play a lawyer on the Asperger spectrum. What kind of research did you do for the role?

I did a lot of research on the spectrum and Asperger’s, because I loved the script and wanted to find out the reason why he gets into trouble. Why is he alone? Why is he not able to communicate well? Why did his boss put him in the back room, and why did he not let him out? I didn’t know much about Asperger’s before I read up on it to help me develop the character.

They say that once an actor gets into costume, he becomes the character. Is that true in your case?

Yeah, I wore an Afro hairstyle in the 70s and I was rocking that look. Coming out of the research that I did, I used all kinds of handles. I do what the script tells me. It just seemed that [the character] was someone who was stuck in the 70s, through the music he listened to, the way that he dressed and the hair. One of the aspects of some of the people on the spectrum is that their coordination is not so good. So, I wore extra-size shoes. It’s just a lot of things I did just to give me the feeling that I wanted.

What did you dream of as a child?

I took an art appreciation class when I was in the fifth grade, and I remember so well learning about the Impressionists, the Realists, the Surrealists from Salvador Dali to Modigliani to Van Gogh, who was one of my favourites. And I said, ‘Whenever I get two dollars to rub together, I’m going to buy a Van Gogh.’ When I got the two dollars, Van Gogh cost four dollars, so, that was my dream. I still collect art, but I don’t have Van Gogh money.

What is your early memory of luxury?

The first film that I did was called Wilma (1977), where I met my wife, by the way. I did not know that there was this thing called per diem. I was making $1,200 a week for the film. Once the accountant came to me and handed me my per diem. So, I’m in New York, I’m pretty slick, so I’m like, ‘Oh, they have made a mistake and given me this extra money. But I’m not going to say anything.’ And this is a true story, I took the per diem for two weeks and kept it because I thought they were eventually going to figure it out and want the money back. But then I talked to the other actors and found out that I could keep the money, I remember thinking that I will never have to use any of my pay cheques, I could live off of my per diem for the rest of my life. I thought, ‘What a business, they give you a salary and then they give you extra free money.’ But that was before I realised that I had an Uncle Sam, the [Internal Revenue Service], and he had a different agenda.

Your character in the film listens to a lot of jazz. Do you collect jazz?

One of the records that I suggested to the director was the one we use in the movie—Pharoah Sanders’s Elevation. This was one of my favourite albums growing up. In fact, two or three of the songs I suggested were used in the film. George Clinton’s Cosmic Slop, for example. Yeah, I do like jazz and have a collection.