Ben Stiller: ‘I sat with the New York governor till he said ‘Yeah, let’s do it’’ 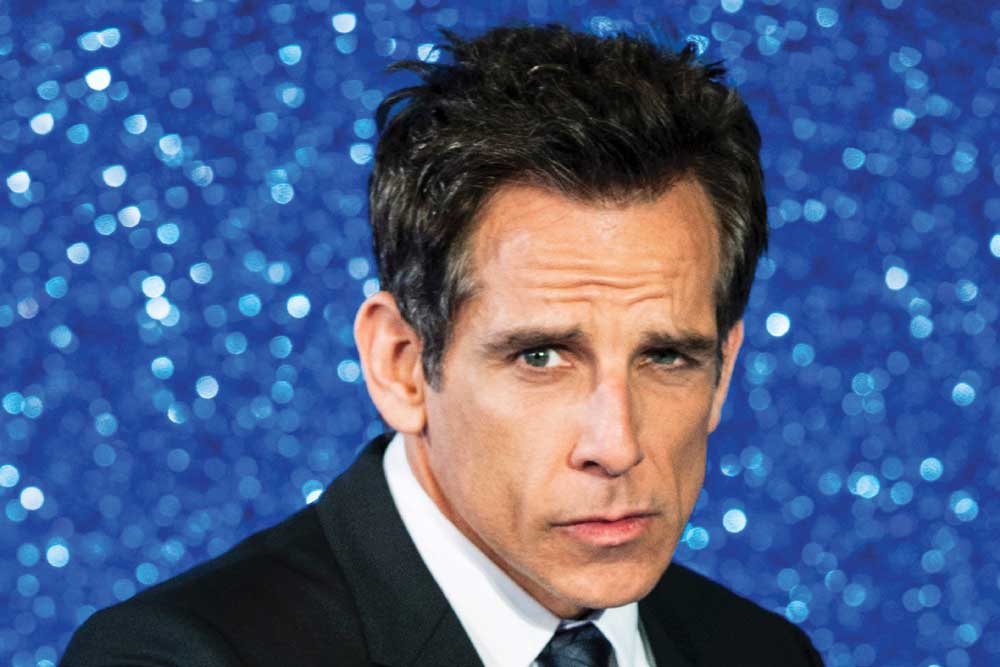 BASED ON THE true story of two men who escaped from New York’s Dannemora prison in 2015, Ben Stiller’s TV mini-series Escape at Dannemora brings to reel the real lives of the inmates who were helped by a female prison guard—played by Patricia Arquette—sexually involved with both. Stiller got his first big break in 1989 with the TV show Saturday Night Live after his parody of Martin Scorsese’s The Color of Money (1986) impressed some people in Hollywood

What was the challenge of shooting in a prison?

The challenge was getting into the real prison—I felt that was the key. It has such a unique environment. This escape couldn’t have happened elsewhere—all its features combined to make that possible. The prison is 60 years old and nobody had ever before escaped from it. It sits in the middle of the Adirondack mountains—they call it ‘Little Siberia’, it’s so isolated and it’s like winter there nine months of the year. When these guys escaped, they went up into the Adirondacks and survived for three-and-a-half weeks. The prison is so isolated. Besides, there’s a culture of complacency at the prison because correctional officers there have had their fathers and grandfathers working there. It’s 99.9 per cent White in terms of correctional officers, while the prison population is about 80 per cent African-American and Hispanic. The prison is so old—no one thinks of upgrading it. So, the guys took advantage of that and their relationship with the correctional guard—it was commonplace in the prison. Up until six weeks before we began shooting, we did not have the permission. New York did not want to advertise the escape and show how lax their system was. I requested a meeting with the governor and, six weeks before the shoot, I sat with him until he said, ‘Yeah, let’s do it.’ Shooting inside the prison really helped as we sought the help of the people who worked there. We did have to build the cell block because we needed to have the catwalks and recreate the escape route. Otherwise, it was all about getting the reality.

How difficult were the sex scenes, especially for Patricia Arquette?

Having worked with Patricia before, I knew she was a brave actor. You just must do those scenes, there’s no way around it. It’s difficult, so you need actors willing to commit fully. Those scenes were straightforward in the way we dealt with them. You have to create a safe environment and talk it through with the actors—about the idea of the scene. They had multiple sex scenes but each had a different purpose. I think it was about figuring out what we were trying to communicate with each scene, and when you talk about it in a way respectful to the actors, they do it. They were so professional. Obviously, you have to do it as quickly as possible and as professionally as you can. These actors trusted each other. You go in there and try and do these scenes early in the day, and then you move to the next thing. You also try as few takes as possible. Ultimately, it’s all about the actors committing fully.

You created a massive media content last year about the refugee problem. Will you do that again?

I was happy to be a part of it. It was spearheaded by Jérôme Jarre, a motivated young man from France whom I tried to help in any way I could. For me, most of my work is with the UN Refugee Agency, as a goodwill ambassador. At this point, with 88 million displaced people in the world, it’s such a huge issue. So for me, it is lending a voice and doing whatever I can to help those people—by taking trips and visiting people going through difficult experiences. Jérôme is working on his own and he’s bucking the system and I want to help; I want to go to Turkey.

What trips have you taken so far?

I just came back from Guatemala, where I was visiting refugees fleeing gang violence. People can’t live there without being extorted or dealing with sexual trafficking; and kids are separated from parents because they must go find safety, and parents must leave to find jobs. They travel through Guatemala on their way from Honduras or Nicaragua or El Salvador. This was one of my trips. In Jordan, people are coming from Syria due to the violence there. There must be a way to educate people so that they aren’t afraid of what is coming into their communities.