Lessons from the linguistic choices made by China and Indonesia 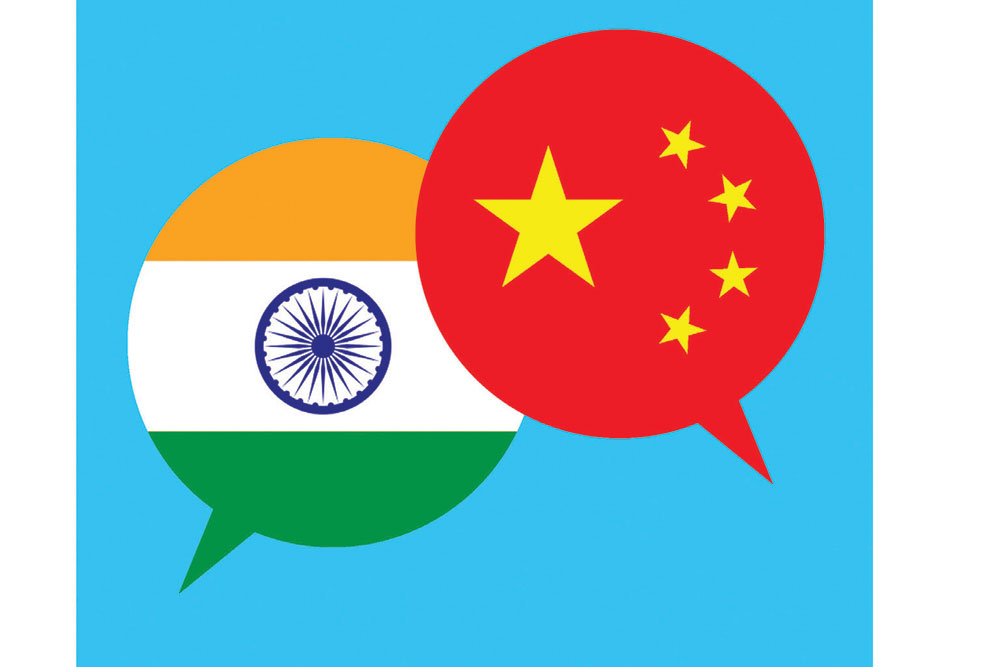 
INDIA IS LINGUISTICALLY polyamorous in a world of idiomatic monogamy. For many, the idea that a nation requires a national language to act as glue can feel as obvious as stating that the sun is hot. But there is nothing called “Indian”, despite the fact that I am regularly asked by foreigners whether I speak it to my children.

As the old canard that Hindi is, and should be recognised as, India’s national language takes on a new and dangerous life, the Globalsutra examines the very different linguistic choices that two large Asian neighbours of India took regarding the idiom of their nationhood: China and Indonesia.

Language matters to how both nations and individuals understand themselves. Wrapped up in it are questions of power, opportunities and identity. And the process of arriving at linguistic decisions is often a fraught one, both crucial and controversial.

In China, the Communist Party (CCP) under the leadership of Mao Zedong, pushed for Putonghua, a newly standardised idiom based on the language spoken in the nation’s capital, Beijing, to become what we now refer to as “Chinese”.

This took considerable social engineering to achieve. Prior to the 1950s, Han Chinese spoke nine main tongues that were in large part mutually unintelligible when spoken. These included Mandarin—which became the basis for Putonghua, Wu (which Shanghainese is part of), Xiang, Gan, Jin, Kejia, Yue, Northern Min and Southern Min (these last two are not always considered separate), each with many subdialects. Moreover, non-Han peoples spoke an additional 300-odd languages, including Mongolian, Tibetan, Uyghur and Zhuang.

In order to consolidate state power, facilitate communication between the Chinese peoples and to promote literacy, Mao Zedong ‘reformed’ Chinese to make Putonghua (literally, the common speech) the national standard. Concomitantly, Chinese characters were also simplified in the manner of their writing, to make them easier to learn. It was only in 1982, when a revised constitution was promulgated, that Putonghua (the Mandarin Chinese of today) secured its place as the standard national language without any real competition.

In contrast, in India, the initial intention of the postcolonial state—to adopt Hindi as the national language—was abandoned following massive protests and riots, particularly in the south, against its imposition on the country. There are currently 22 “scheduled” languages recognised by India’s Constitution, and no national language. Hindi and English are termed “official” languages in the context of government and administration. Today, there are more than 80 crore Indians who do not consider Hindi their mother tongue, and either do not speak it or do so badly.

The contrast between India’s and China’s linguistic trajectories highlights their strengths and weaknesses. India’s reflects its choice of democracy and diversity at the risk of messiness and centrifugal tendencies. China, where the ability to impose a single language was facilitated by a common writing system, reflects the prioritisation of a strong state making decisions in the long-term ‘interests’ of the nation, untrammelled by the inconvenience of the vote.

And then there is the case of Indonesia. A sprawling archipelago of over 17,000 islands, Indonesia is home to some 700 languages, many of which do not share scripts or linguistic roots. Like China, independent Indonesia also chose to adopt a single national language: Bahasa Indonesia.

What made this choice quite remarkable is that it was neither the language of the majority of citizens, nor of the political elite. Those labels belonged to Javanese, a language spoken by most of the inhabitants of Java, Indonesia’s most populous island and the centre of gravity of its nationalist movement.

Bypassing its majority language, Javanese, in favour of a variety of Malay, whose standardised form was dubbed Bahasa Indonesia, or the language of Indonesia, was an unusual choice. The many Javanese nationalists involved in the discussions at the time not only acquiesced in but actively advocated Bahasa Indonesia as the logical choice for a national language.

Malay had functioned as a lingua franca across the archipelago for centuries. By the time it was officially adopted by the Indonesian nationalist movement in 1928, it had already emerged as a rallying symbol of resistance to colonial politics. Malay’s role evolved in part due to the absence of a Dutch equivalent to Macaulay—the man who introduced English language education in India. Under the Dutch colonial administration, “native” Indonesians were discouraged from learning Dutch, so that unlike English in India, the colonial language of Dutch was not of much use in enabling nationalist consciousness in Indonesia.


The contrast between India’s and China’s linguistic trajectories highlights their strengths and weaknesses. India reflects its choice of democracy and diversity at the risk of messiness and centrifugal tendencies. China, where the ability to impose a single language was facilitated by a common writing system, reflects the prioritisation of a strong state making decisions in the long-term ‘interests’ of the nation, untrammelled by the inconvenience of the vote

Malay, on the other hand, had long been used by traders across the Southeast Asian region as the language of communication. Indonesian nationalists were keenly aware of the need to avoid conflating nationalism with any single ethnicity or religion, given the complex plurality that they were attempting to weave into a coherent unity. Hence the engineering of a minority language, Malay, into the national language: the Bahasa Indonesia of today.

Bahasa Indonesia was also a simple and flexible language that had soaked up loan words from divergent cultural milieux. Its amalgamation of words, borrowed from Sanskrit, Javanese, Persian, Arabic, Chinese, Portuguese, Dutch and English, is synthesised with a no-fuss grammar, and written in the Roman script.

Choosing a simplified national language as China and Indonesia did, arguably helped increase literacy in these countries. When the communists took over Mainland China, the adult literacy rate in the country was below 20 per cent. It is now over 96 per cent. Indonesia boasts a similarly impressive trajectory. When Jakarta declared its independence from the Netherlands in 1945, only 5 per cent of Indonesians could read and write. This figure is now up to over 95 per cent.

In contrast, the adult literacy rate in India remains low, at only 77-odd per cent. It’s possible that the sheer abundance of languages in India and their varying importance to personal success—local, regional, Hindi and English, have hampered policy efforts to improve literacy.

It isn’t all good news for single-national language nations, however. Smaller language groups in countries like China and Indonesia are threatened to a greater extent than in India. One of every four Indonesian languages, for example, is considered endangered. There hasn’t been a daily newspaper in Javanese, the “native language” of the archipelago’s largest ethnic group, for decades.

The language-nation link is thorny. India has probably avoided balkanisation and therefore ensured its survival as a nation because it eschewed a national idiom, in effect strengthening its political viability by allowing linguistically centrifugal forces. It was an unusual— but I would argue courageous—decision to focus on diversity as the basis for the nation’s unifying glue. Consequently, what makes us Indians is not any one language or ethnicity or god, but our belief in the value of plurality.

When it comes to languages and nations, there is no one-size-fits-all solution. Tongues are tangled, and as is evident from some of the recent utterances of Indian politicians, they can be forked too. Hindi is not Indian, and if it were, India would not exist. Hindistan would not just be India by another name; and it certainly wouldn’t smell as sweet.